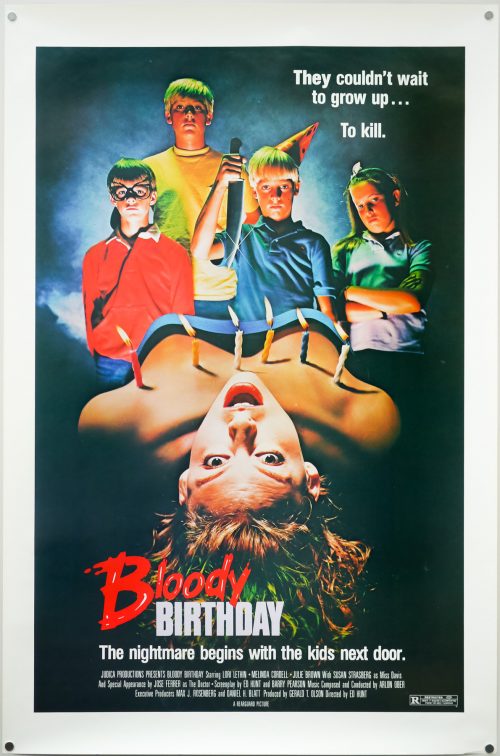 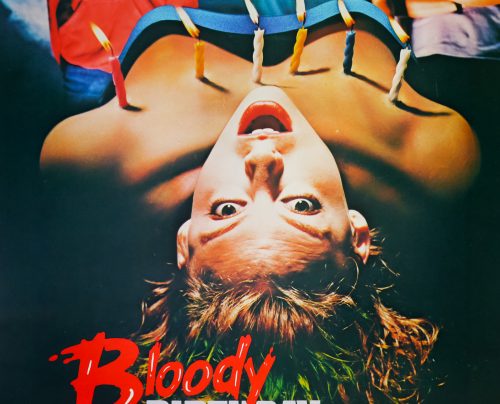 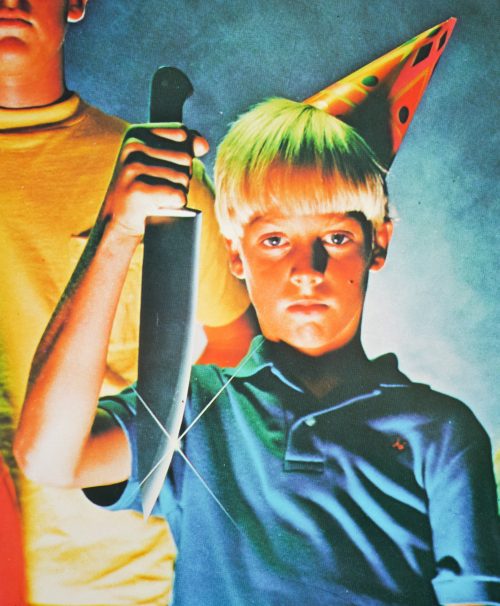 Tagline
They couldn't wait to grow up... to kill. | The Nightmare Begins With The Kids Next Door

A wild design on this one sheet for the 1981 horror featuring a trio of demonic kids. From IMDb:

In 1970, three children are born at the height of a total eclipse. Due to the sun and moon blocking Saturn, which controls emotions, they have become heartless killers ten years later, and are able to escape detection because of their youthful and innocent facades. A boy and his teenage sister become endangered when they stumble onto the bloody truth.

Director Ed Hunt would retire from filmmaking a few years after Bloody Birthday was released with a modest ten films to his name.

I also have the alternative style one sheet in the collection. You can watch the trailer on YouTube.