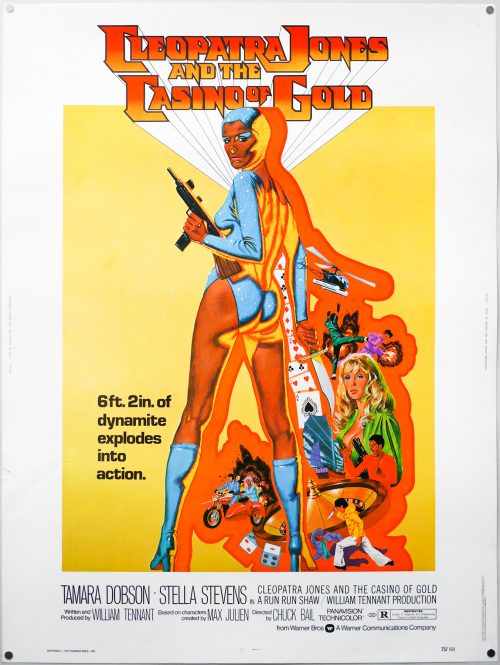 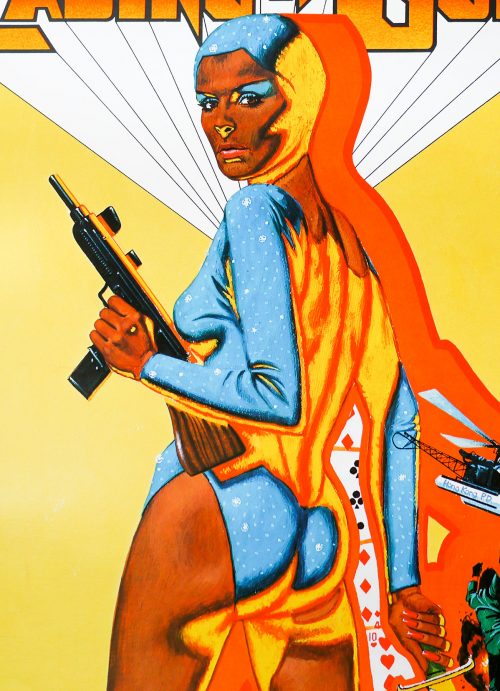 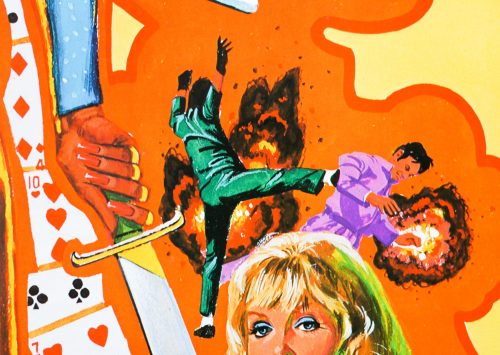 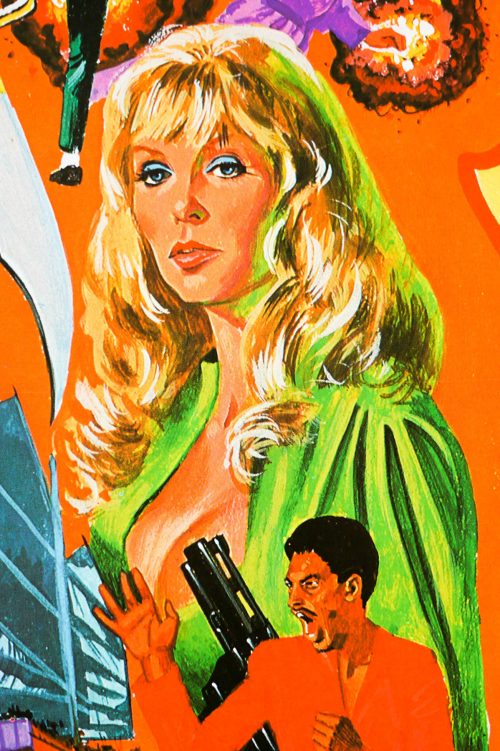 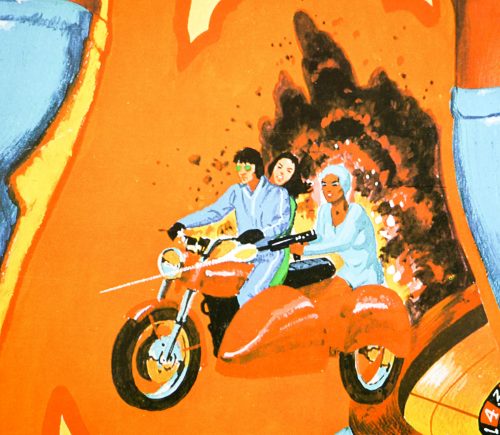 Title
Cleopatra Jones and the Casino of Gold

Tagline
6ft. 2in. of dynamite explodes into action.

The late Tamara Dobson‘s second and last outing as the titular blaxploitation crime-fighter sees her traveling to Hong Kong to rescue two of her fellow agents who have disappeared whilst on a case. She soon discovers that the owner of a Macao casino and major drug lord, the sinister Dragon Lady (Stella Stevens), is responsible and Cleopatra sets out to stop her at all costs.

Apparently the film failed to make as much of an impact as the first one due to the fall in popularity of blaxploitation films by 1975. Director Charles Bail had previously worked on another entry in the genre, Black Samson, released in 1974. He went on to direct episodes of several TV series including CHiPs, Knight Rider and Dragnet.

The excellent artwork is by the American artist Robert Tanenbaum who was responsible for many excellent film posters during the 1970s and 80s. He’s also an award-winning portrait artist and his official website features several galleries of his impressive work. IMPAwards also features a number of his film posters.

To see other posters I’ve collected by him click here.