The Company Of Wolves / one sheet / UK 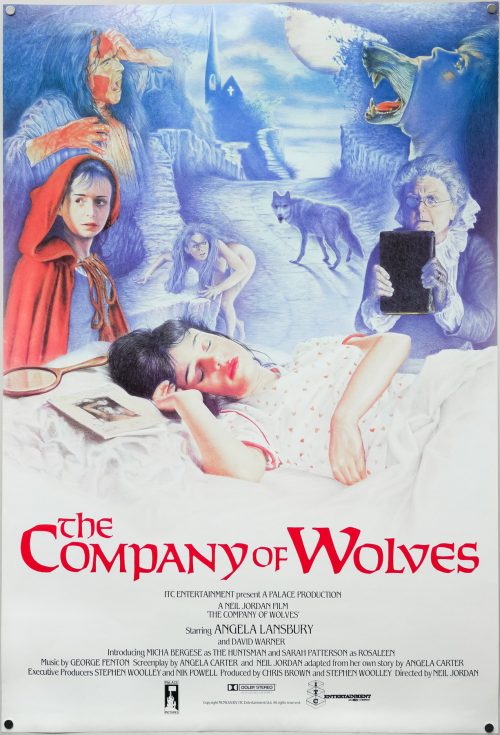 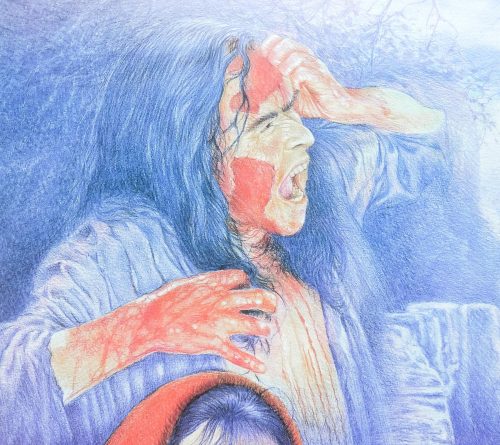 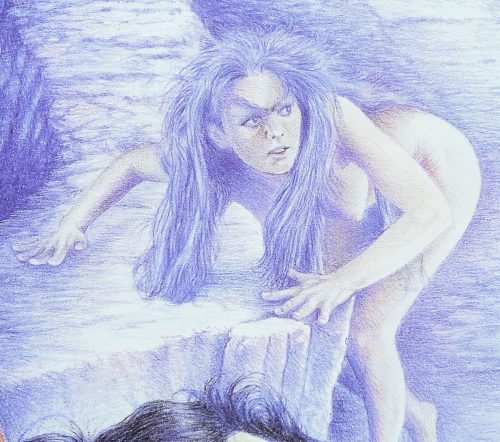 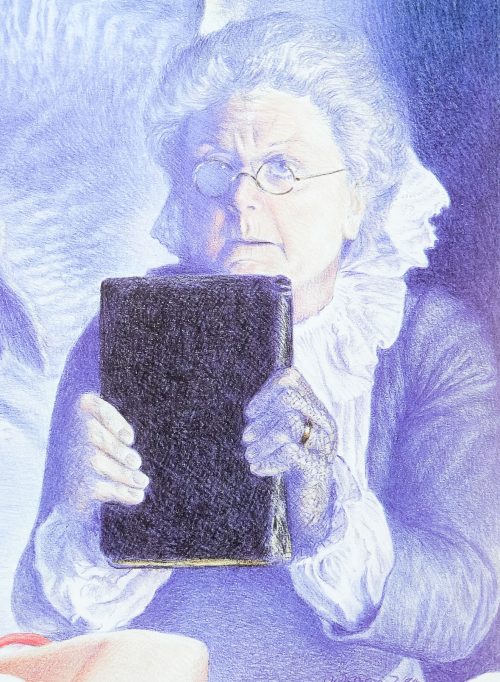 Title
The Company Of Wolves

A joint collaboration between two British production companies, Palace Pictures and Lew Grade’s ITC Entertainment, The Company of Wolves was helmed by the Irish director Neil Jordan and based on a short story by the late English author Angela Carter, who also co-wrote the screenplay with Jordan. The film begins in the modern day with the  lead character Rosaleen (played by first-time actress Sarah Patterson) having moved with her parents to a large house in a forest. At night Rosaleen falls asleep and has a vivid dream in which she is a medieval peasant girl who lives with her grandma (played by Murder, She Wrote’s Angela Lansbury) in a woodland village. Sitting by the fire one evening her grandma begins to tell her a story and what follows is a series of surreal, fantasy tales, with multiple narratives and narrators, most of which feature wolves or werewolves, and all of which are ripe with hidden meanings and deeper significances (check out this page on IMDb to give you an idea).

Featuring elements of the classic Little Red Riding Hood fairytale (and indeed the film features a blood red shawl worn by a young girl) the film is a parable of the loss of innocence and the beginning of adolescence and sexual awakening – as the Grandma says at one point ‘Never stray from the path, never eat a windfall apple and never trust a man whose eyebrows meet in the middle.’ Overcoming a slight budget The Company of Wolves has a dream-like, eerie atmosphere helped in no-small part by excellent production and costume design. There is also a werewolf transformation scene that challenges the famous one seen in American Werewolf in London. Palace Pictures would re-team several more times with Neil Jordan, including for Mona Lisa (1986) and Oscar-winning The Crying Game (1992)

This one sheet was printed for use in the UK alongside the quad, which is markedly different in its design and can be viewed here. The artwork was painted by the celebrated British artist George Underwood, who is perhaps best known for his work on album covers for the likes of David Bowie (Hunky Dory, Space Oddity and more), T.Rex and The Fixx. Born in Bromley, Kent in 1947, Underwood went on to study at the nearby Beckenham Art School and then afterwards at Ravensbourne College of Art. After a brief flirtation with the music industry (Bowie being a lifelong friend of his), he decided to concentrate on his design and illustration, beginning his career by working on LP covers and book covers.

Later on, Underwood would start work as a freelance illustrator, which is when he would have painted this poster for Palace Pictures. In the 1970s he began painting in oils, creating wonderful surrealist portraits and his official website features galleries of these and his other work, including album covers. I’m unsure whether he worked on any other film posters but I intend to contact the artist to find out.