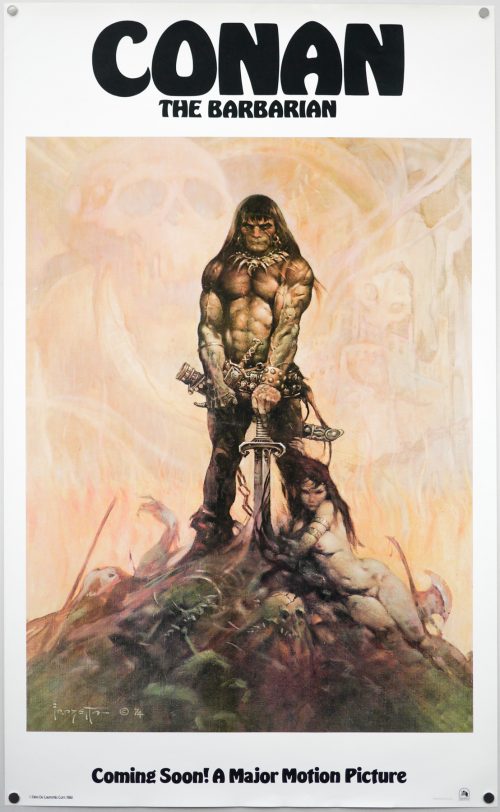 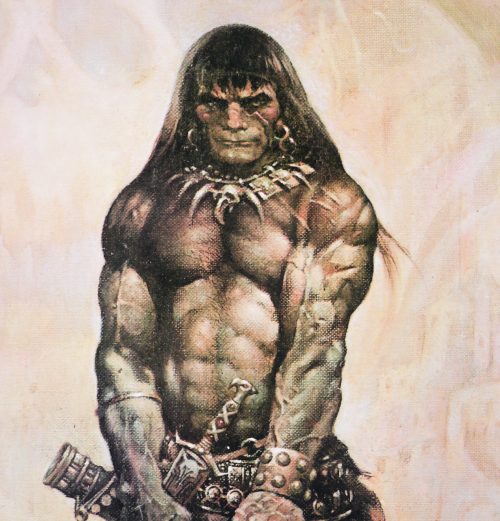 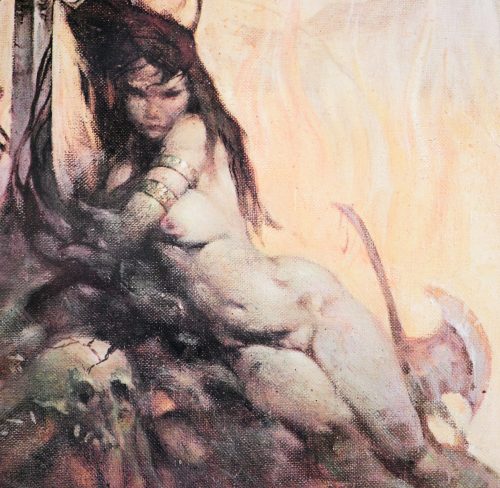 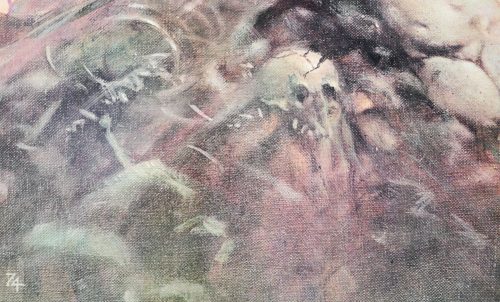 This is a special teaser poster that was created in advance of the release of John Milius‘ swords and sorcery classic Conan the Barbarian. It was an important film in the career of actor Arnold Schwarzenegger since it effectively launched his Hollywood career. The producers had seen Arnie in his documentary Pumping Iron and both felt he had the right quality for the role of the eponymous warrior. Based on the pulp novels of the 1930s by Robert E. Howard, the film sees the young barbarian Conan seek revenge for the death of his parents at the hands of Thulsa Doom (James Earl Jones), the leader of a snake cult.

This poster was commissioned by producer Dino De Laurentiis in 1980, ahead of the film going into production, and the artwork was taken from a cover of a Conan paperback that was painted in 1974 by the late, great Frank Frazetta. As mentioned on this emovieposter.com auction page, it’s likely that Schwarzenegger had not yet been cast so the art was perfect as a tease for the forthcoming film.

Frazetta is much admired for his unique style and was a strong influence on many other illustrators over the years. He worked on illustrations for comics, as well as album and book covers and a handful of film posters. Some galleries of Frazetta’s work can be seen here. A selection of comic covers and other film posters can be seen on this site. Frazetta sadly passed away in 2010 but there is no question that his legacy lives on through his wonderful artwork.

Note that there is a version of this poster with a dark yellow background and I’ve never been sure why there are two versions that exist.