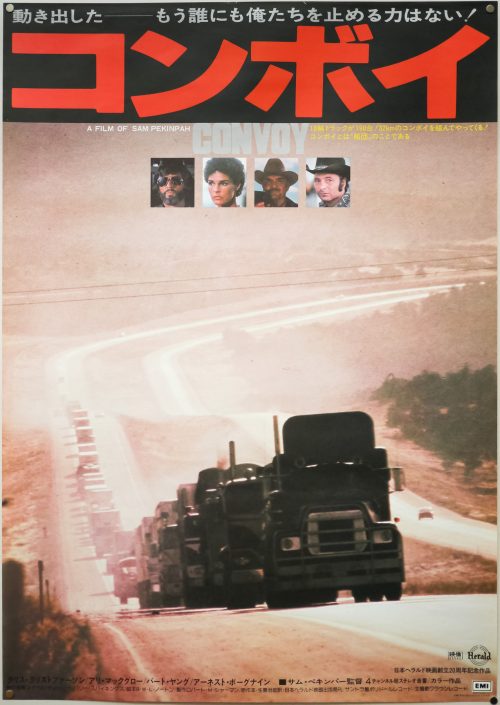 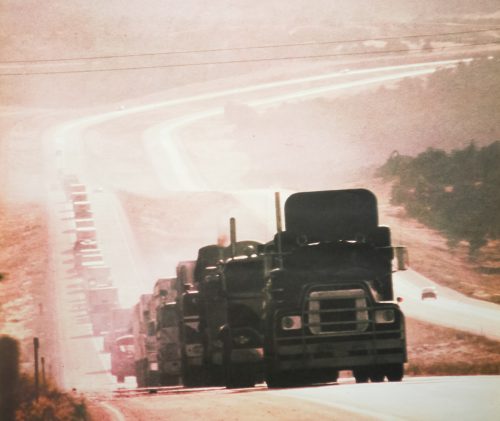 This Japanese B2, one of two posters printed for the release in the country, features an image of the titular line of trucks, along with four head shots of what the distributors clearly decided were the key cast members.