Dances With Wolves / A1 / Germany 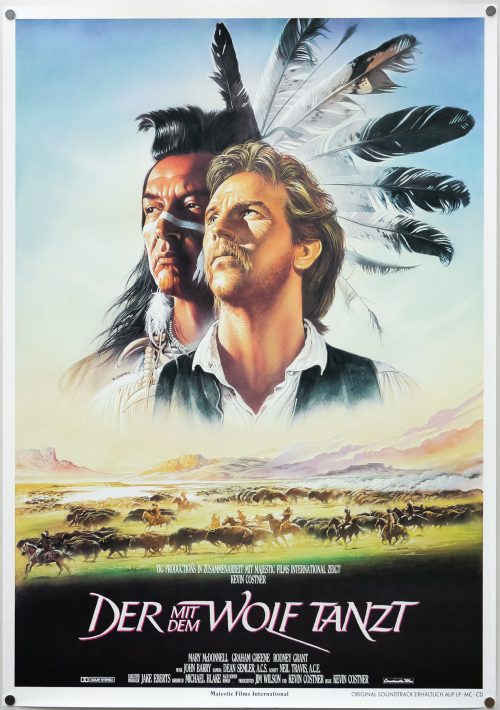 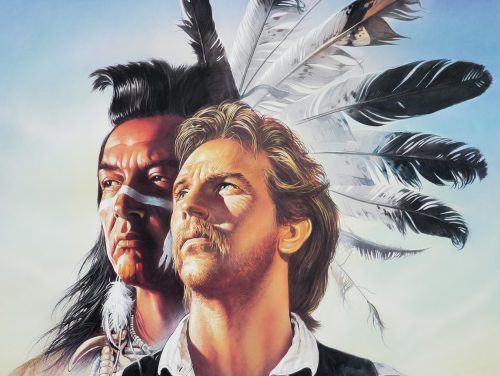 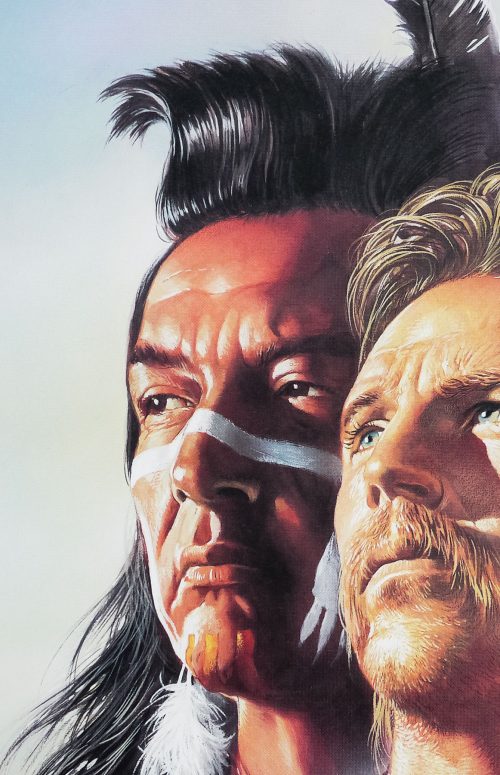 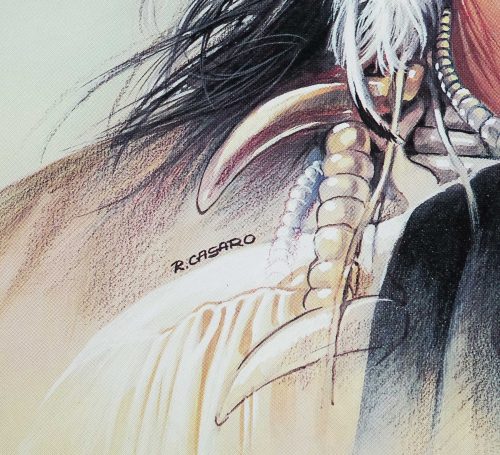 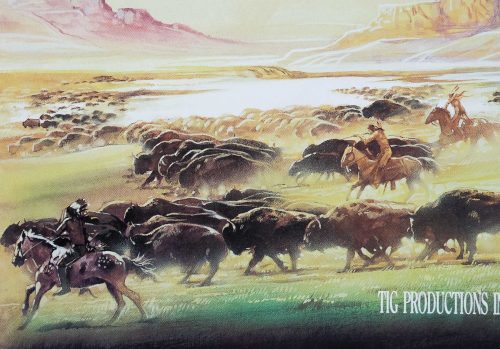 It’s hard to believe it’s now 23 years since Kevin Costner’s epic western Dances with Wolves was first released, and whilst it’s easy to be sniffy about later efforts like Waterworld (1995) and The Postman (1997 – also directed by him), this film still stands up as a memorable and touching story of the end of the Wild West and of the Native American’s interaction with The White People whose journey across the country would ultimately prove disastrous for so many tribes. Set during the Civil War, it tells the story of Lieutenant Dunbar (Costner) who actively seeks exile at a lonely frontier outpost and follows his experiences as he copes with the harsh climate, lack of supplies and dealings with the local Indians. Eventually he adapts to life on the frontier and begins to earn the trust of the tribes, but it’s not long before the war, and other less friendly Native Americans, challenge his newfound identity.

This German A1 poster, which features a fantastic portrait of actor Graham Greene alongside Costner, and a shot from the buffalo hunt scene, was illustrated by one of my favourite artists, Renato Casaro, an Italian with a prolific movie poster output that lasted over 40 years. He began his career in 1953, aged 19, at the famous Studio Favalli in Rome, which was part of the legendary Cinecittà studios and handled film publicity for many Italian productions. Casaro would go on to design and paint posters for many of the biggest directors in the world and his skill at accurately portraying actors and his brilliant use of colour and composition saw him much in demand from studios and actors alike.

His artwork has featured on many German posters as well as others from countries including Japan, UK, North America as well as in his native Italy. Check out the incredible amount of work on his official website here, which also features a biography of the artist. The other posters I’ve collected by Casaro can be seen by clicking here.