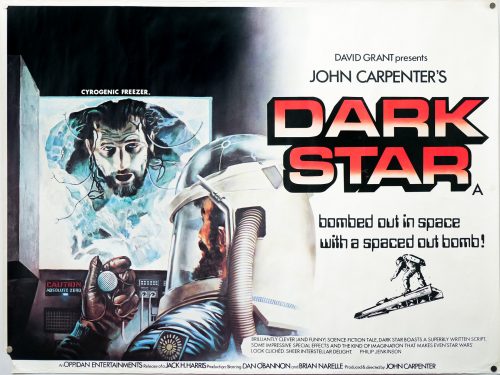 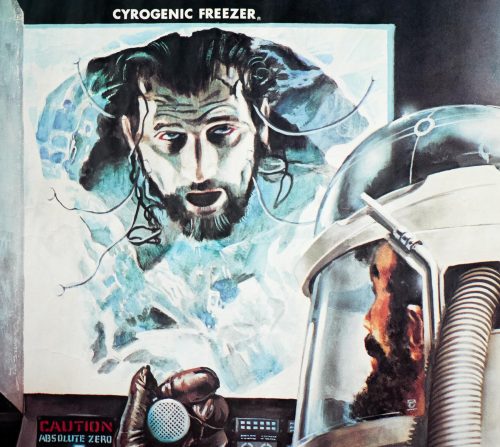 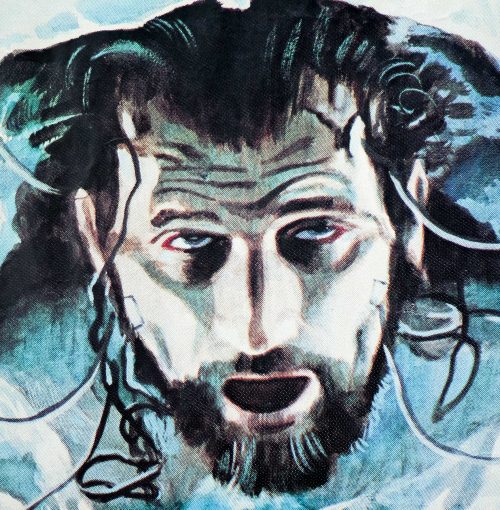 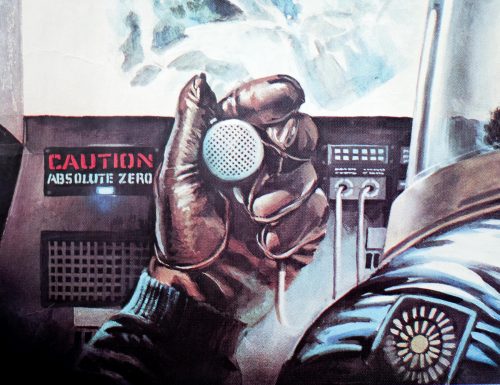 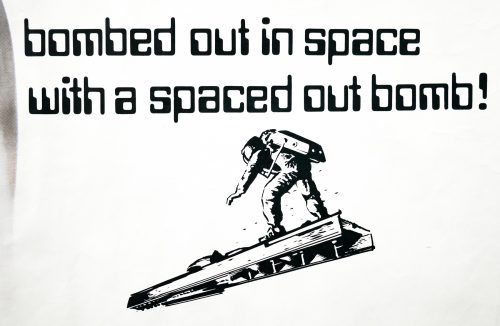 Tagline
Bombed out in space with a spaced-out bomb!

This is the rarely seen alternative style UK quad for the release of ace director John Carpenter‘s first film, Dark Star. This sci-fi comedy was made over a period of several years whilst Carpenter was a student at the famous USC School of Cinematic Arts in California, which counts hundreds of well known directors, producers and screenwriters amongst its alumni. Made in collaboration with his friend and fellow student Dan O’Bannon, the shoestring budget (reportedly just $60,000) meant that the pair were multitasking throughout the shoot, with Carpenter co-writing the screenplay, directing, producing and writing the score, whilst O’Bannon shared the screenwriting duties as well as acting and working on the special effects.

The film was not actually released in the UK until 1978 and, for reasons unknown, it was given two quad designs; the more common ship version (what I’m calling style A) and this ‘freezer’ version (style B). As anyone who has seen Dark Star will know the situation depicted on this poster is slightly different in the film; the crew member speaking to the captain without wearing a spacesuit. Both quads were designed and illustrated by the late, great British artist Tom Chantrell whose dynamic and colourful designs featured on hundreds of posters over a forty year period. His official website features a great biography written by Sim Branaghan, author of the must-own British Film Posters.

This poster features in the book and Sim notes that this design was done by Chantrell on a freelance basis for the marketing agency Mike Wheeler Publicity, with the eponymous owner likely having had a certain amount of design input into it. The book features plenty of detail on the agency and its history. The fact that this was released in 1978 explains the reason it sports a press-quote that mentions the sci-fi classic Star Wars, released a year earlier, and with a poster also painted by Chantrell (arguably his most famous illustration).