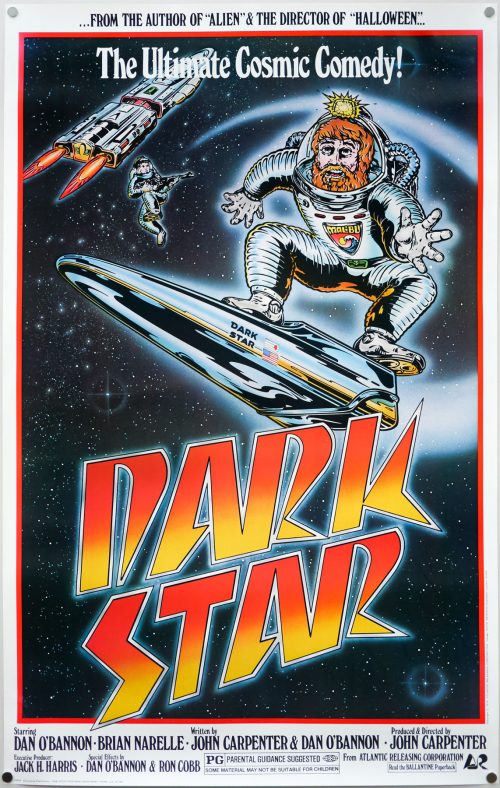 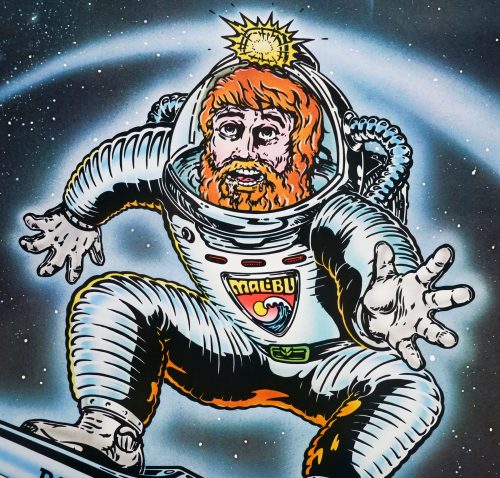 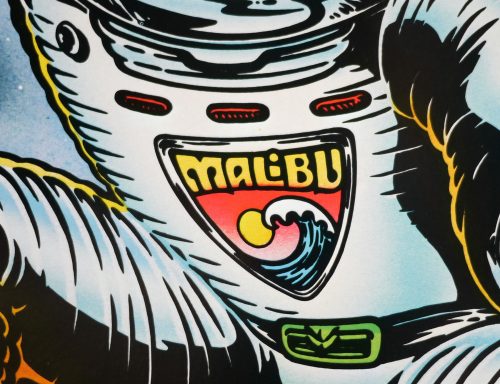 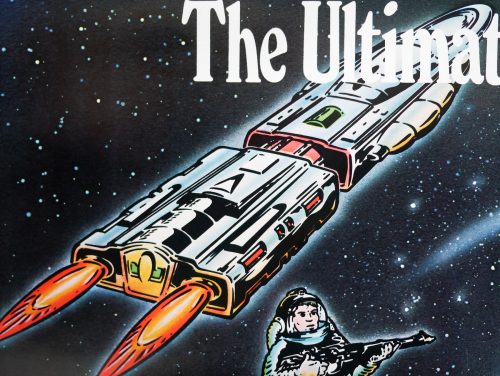 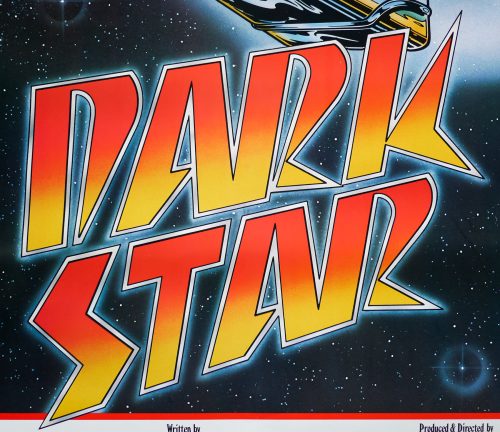 This is a special poster that was printed for the 1979 re-release of ace director John Carpenter‘s first film, Dark Star. The sci-fi comedy was made over a period of several years whilst Carpenter was a student at the famous USC School of Cinematic Arts in California, which counts hundreds of well known directors, producers and screenwriters amongst its alumni. Made in collaboration with his friend and fellow student Dan O’Bannon, the shoestring budget (reportedly just $60,000) meant that the pair were multitasking throughout the shoot, with Carpenter co-writing the screenplay, directing, producing and writing the score, whilst O’Bannon shared the screenwriting duties as well as acting and working on the special effects.

This re-release poster, which is in stark contrast to the original release US one sheet, is smaller than one sheet size and it’s probably better described as a commercial poster. These are licensed posters that would printed to be sold at cinemas, specialist stores or as a tie-in promotion. In the bottom left there is text mentioning One Stop Posters (Monterey Park) and they were a notable supplier of commercial posters back in the 1970s and 80s. The design is credited to someone called David Weisman and the illustration to Lucky Duck and I’ve struggled to find out any information about either of them. If you have any more details please get in touch.