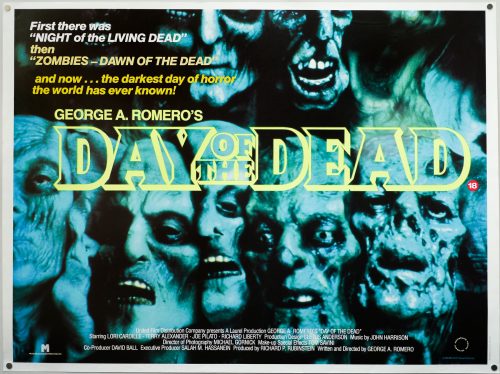 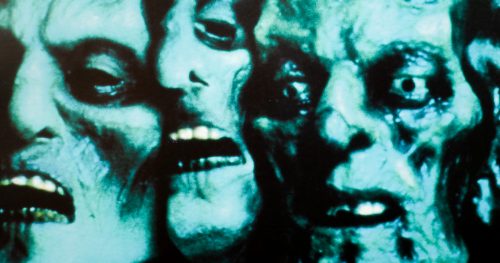 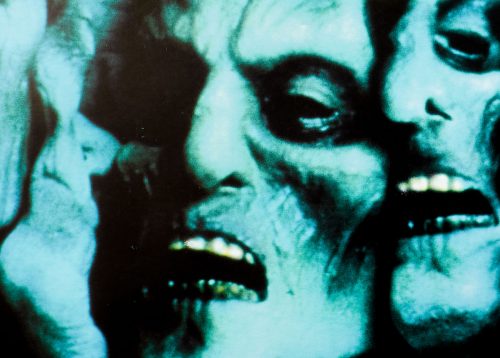 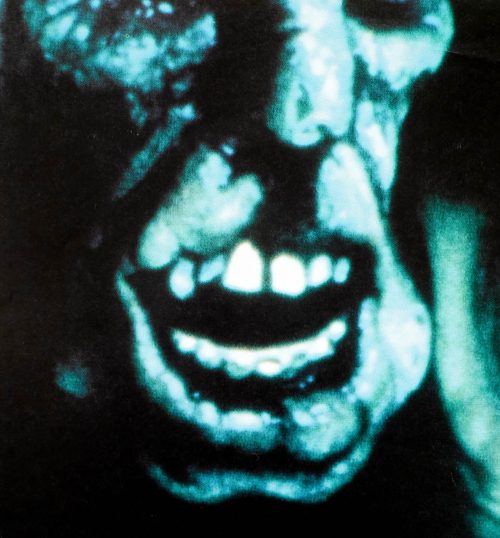 Title
Day Of The Dead

This is the British quad for the original release of the third film in George A. Romero‘s ‘Dead’ series, Day of the Dead. In a similar situation to Dawn of the Dead (released 7 years earlier) this film had no returning characters from the previous entry due to rights issues, so it’s set in the same universe after the zombie outbreak but shares no continuity with the earlier films. Romero’s original vision for the ‘Day…’ was scaled back to due to budget constraints, but the director has since said he’s very happy with the final product. It’s a notably darker, bleaker effort than the fan favourite ‘Dawn’ but features a unique setting, memorable characters and some of the best special effects of the entire series, courtesy of the legendary Tom Savini.

The story follows a group of survivors who have holed-up in a military bunker in Florida and make regular trips around the area looking for survivors. Underground a small group of scientists and technical specialists, including Dr Sarah Bowman (Lori Cardille) and Dr Logan (Richard Liberty), known as ‘Frankenstein’, are working to discover the cause of the outbreak and discover if anything can be done to make the zombies more docile. An uneasy truce is maintained by the scientists and other specialists like helicopter pilot John (Terry Alexander), with a group of soldiers ostensibly there to protect them and deliver them test subjects from a fenced off area of the base. The soldiers are led by the psychotic Captain Rhodes (Joseph Pilato) who discovers that Dr Frankenstein has been secretly carrying out experiments using dead soldiers, including training a zombie known as Bub (Sherman Howard) to follow commands. At this point the truce is shattered and a series of events see the base overrun with the undead, forcing Sarah and the others to try to escape the carnage before its too late.

This image of a wall of zombie faces is (with thanks to a site reader) actually a photograph of the back wall of the film’s production makeup room. It features a close up of some of the 100+ zombie masks that were created for the film during a break in filming (when they were waiting to be applied to the extras playing the zombies). This explains why the faces are distorted and without eyes. The same imagery also featured on one of four Japanese B2s. The US one sheet is markedly different and an iconic horror film poster in its own right.  Note that the tagline references the alternate international title for Dawn of the Dead, ‘Zombies’.