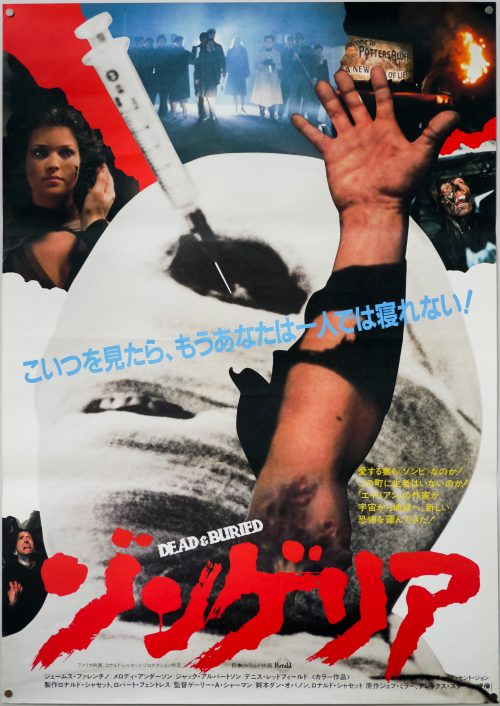 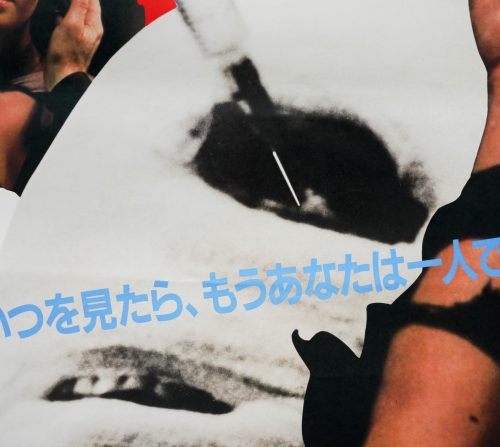 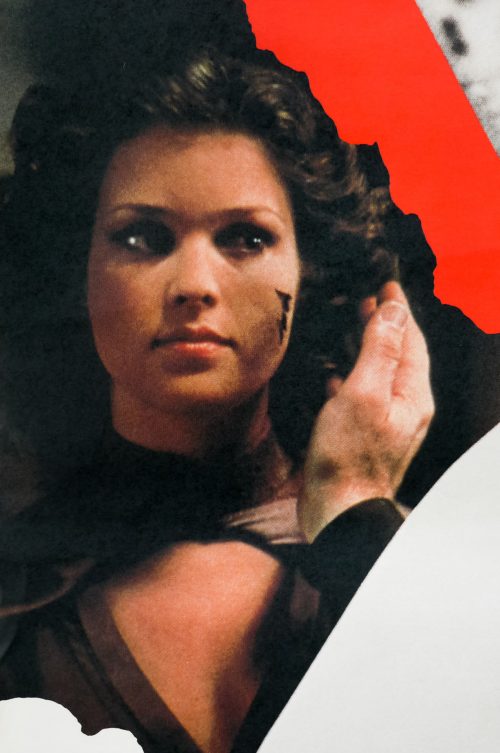 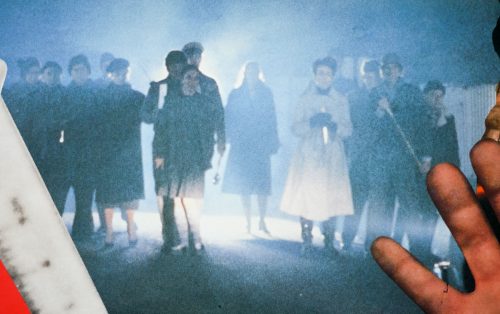 This is the style A B2 for the Japanese release of the American horror film Dead and Buried. The film was written by Ronald Shusett and Dan O’Bannon, the two screenwriters responsible for the 1979 sci-fi masterpiece Alien, and was directed by Gary Sherman whose previous film had been the creepy ‘cannibals on the London Underground’ horror Raw Meat (AKA Deathline) almost a decade earlier. The story is set in the seemingly normal New England seaside town of Potter’s Bluff and sees the local Sheriff Dan Gillis (James Farentino) investigating a series of mysterious disappearances of strangers visiting the area. The baffling thing for the sheriff is that the strangers are then reappearing some days later now seemingly a member of the community.