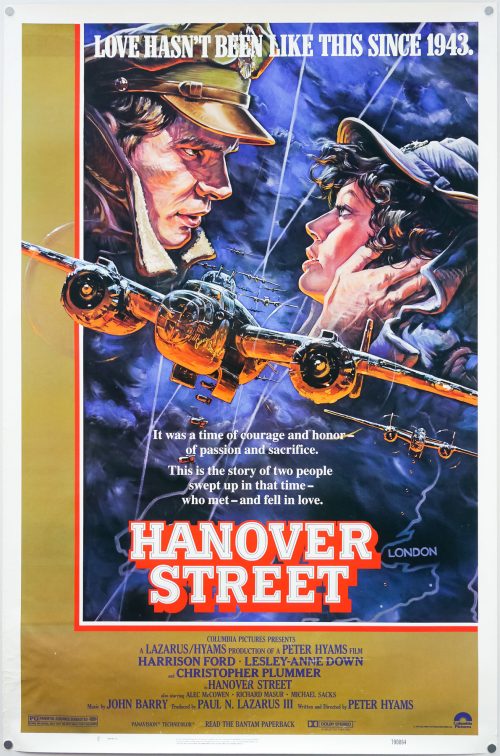 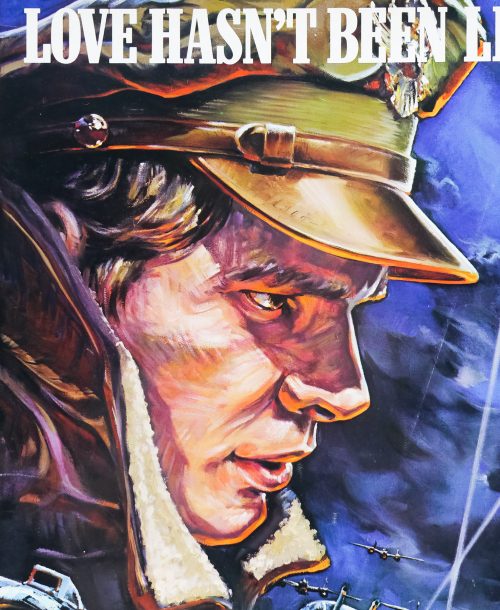 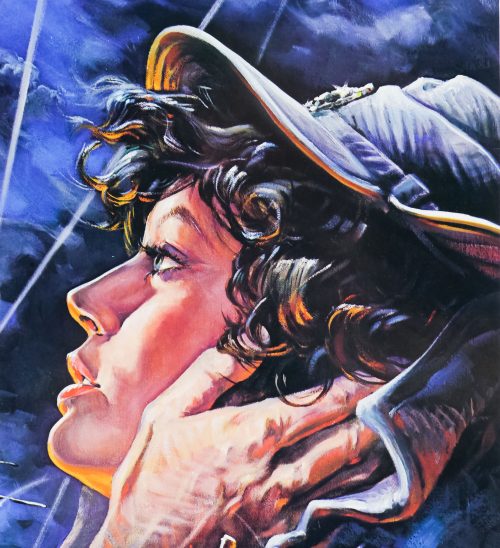 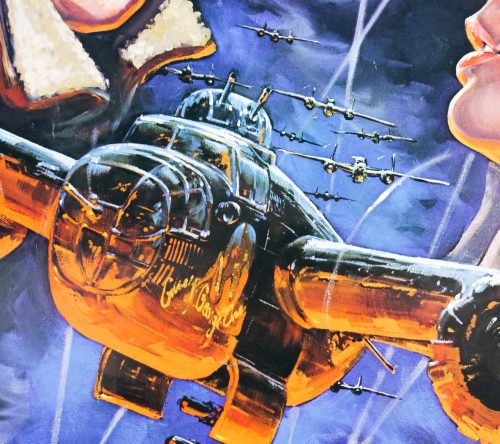 Tagline
Love hasn't been like this since 1943. | It was a time of courage and honor - of passion and sacrifice. This is the story of two people swept up in that time - who met - and fell in love.

John Alvin artwork features on this American one sheet for the Anglo-American wartime romantic film Hanover Street. The film was directed by Peter Hyams (Outland, Timecop) and was originally intended to star Kris Kristofferson. When the actor pulled out of the project, deciding instead to go on tour with his band, he was replaced by Harrison Ford. Luckily for the production, Ford was already over in Europe as he was shooting Force 10 from Navarone, another World War II-set film. Lesley-Anne Down plays Margaret, a British nurse with whom Ford’s American airman becomes romantically involved.

The plot is described on IMDb:

During the Second World War, an American Pilot stationed in England meets a young British nurse during an air raid on London. The two instantly fall in love, despite the fact that the young Nurse is already married; a secret she keeps hidden from her American lover. After being shot down behind enemy lines, while being assigned to ferry a British agent into France, the American pilot realizes that his secret agent cargo is in fact his lover’s husband, and that the two must now work together in order to survive.

The film was apparently a reasonable box-office hit, thanks to the draw of Harrison Ford, but was largely critically mauled. It has garnered something of a following in the years since thanks to the well-staged flying sequences that used actual World War II bombers (B-25 Mitchells).

The late American designer and artist John Alvin was responsible for over 135 film poster designs over a thirty year period. Alvin painted many unforgettable pieces of artwork, including Blade Runner and E.T. The Extra Terrestrial. The gallery of his posters on IMPAwards gives you an idea of the range of his work. Alvin sadly passed away too early, just shy of his 6oth birthday (in 2008), but his fantastic designs will live on for generations to come.