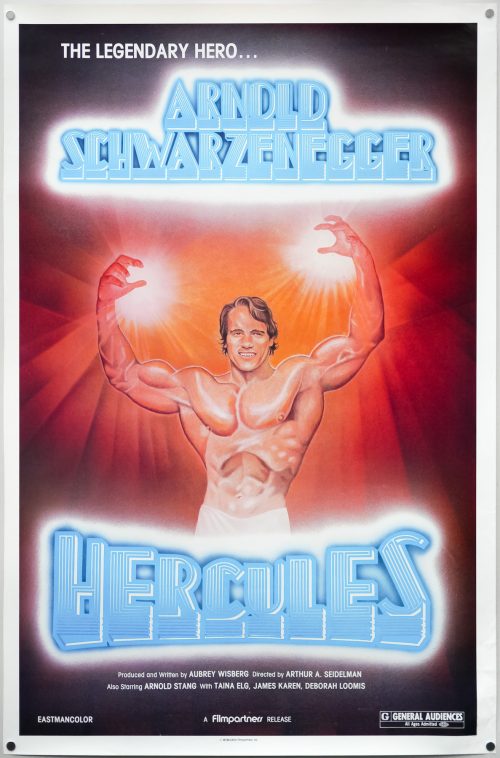 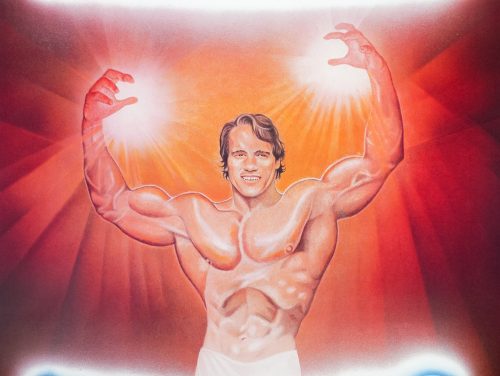 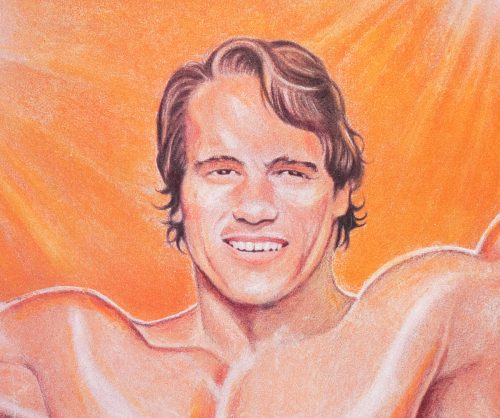 Before the Governator, before The Terminator and before Conan, Arnold Schwarzenegger was given his Hollywood break in 1970 with the release of Hercules in New York. The Austrian Oak was only 22 at the time the film was produced and apparently secured the part after his agent told the producers that the budding thespian had ‘stage’ experience, which was true in the sense that he’d spent a few years on stages at body building competitions, but was woefully unprepared for a full-length feature.

The plot, if you can call it that, sees Schwarzenegger, credited as Arnold Strong ‘Mr Universe’, play the titular son of the Greek god Zeus who, bored with life on Mount Olympus (actually just a location in New York – you can hear traffic in the background during the scene) tells his father he wishes to leave. An angry Zeus throws a thunderbolt at Hercules who then falls into the ocean on earth and is picked up by a freighter heading for The Big Apple. After a series of awkward encounters with New Yorkers, Hercules is befriended by strange little character called Pretzie (hilariously overacted by Arnold Stang) who helps him to acclimatise to life in the city and then later gets him involved in professional wrestling. After witnessing Hercules’ antics, Zeus attempts to return his son Mount Olympus and when this fails he orders the angel Nemesis to consign him to the infernal regions ruled over by Pluto. Nemesis instead poisons Hercules to strip him of his divinity, and further complications involving gangsters and a strongman competition see Hercules put in mortal danger.

It’s a breathtakingly terrible film, with across the board woeful acting, super cheap production design and a hilariously poor script. The film was trashed by critics and sank at the box office, and it would be four years before Arnold surfaced again as an uncredited hoodlum in The Long Goodbye. Schwarzenegger’s Austrian accent, now infamous, was then seen as a liability and the first release of the film saw all of his lines dubbed by an American actor. Later releases of the film would reinstate Arnie’s real accent and the results are superb. Check out this ‘Top 10 dumb moments in Hercules in New York’ video for a taster and witness the scene where Arnie fights a bear in Central Park (you can see the bear costume splitting apart at the back).

This is the one sheet for the 1983 re-release of the film, which saw the ‘in New York’ part of the title dropped for some reason. That same year the Italian director Luigi Cozzi released a film also called Hercules with Lou Ferrigno taking the title role, which is almost as terrible but managed to spawn a sequel. I’m unsure who is responsible for the artwork so if you have any ideas please get in touch.