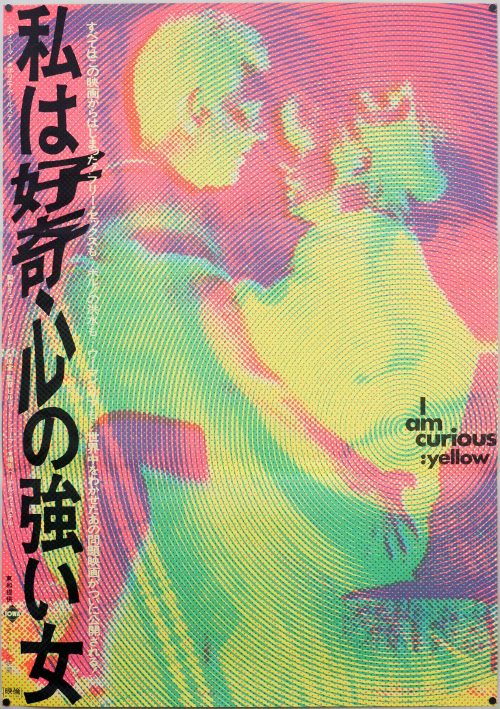 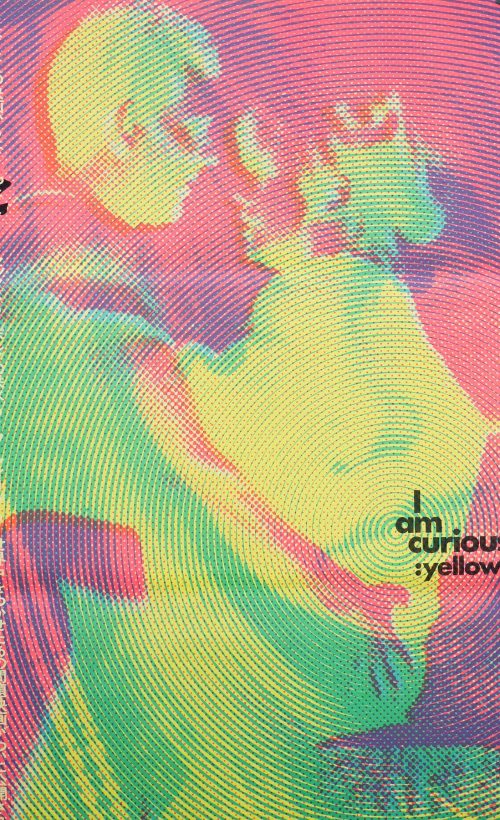 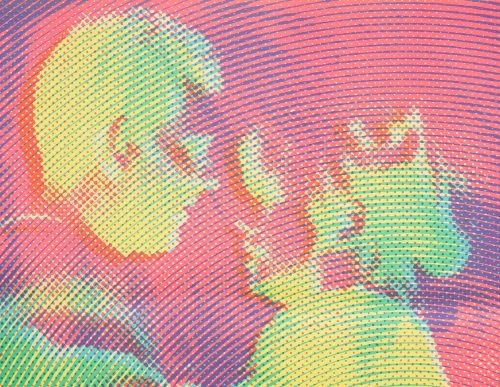 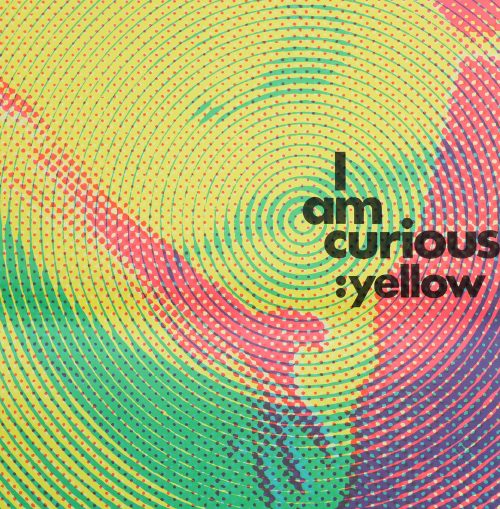 Title
I Am Curious (Yellow)

This is one of two Japanese B2 posters printed for the release (in 1971) of the landmark Swedish drama I Am Curious (Yellow) from the controversial director Vilgot Sjöman. Yellow is a companion film to I Am Curious (Blue) and the pair were originally meant to have been released as one 3.5 hour film. The colours in the titles refer to the Swedish flag. They were part of a series of left wing films that were made after the founding of the Swedish Film Institute in the early 1960s and the attempt, by prominent Swedish cultural figure Harry Schein, to start Sweden’s own flavour of New Wave cinema.

Filmed in a pseudo-documentary, cinéma vérité style, the film sees Sjöman playing a version of himself, a director who decides to make a film starring his 22-year-old lover Lena Nyman (also playing herself) who is a theatre student interested in social issues. The film within the film is called ‘Lena on the Road’ and sees her leaving the flat she shares with her father and, when not getting involved in socio-political activism with a group of friends, she is shown traveling around Stockholm interviewing people she meets about issues including social classes and gender equality.

Later she meets another man called Börje who she begins a love-affair with but this becomes fraught when she discovers he has hidden the fact that he has another lover and a daughter. After traveling to a country retreat Lena begins meditating, practicing yoga and studying about non-violence, but her lover catches up with her and the pair continue their stormy relationship. Soon after the film within a film begins to break down as the ‘actors’ form a ‘real’ relationship that causes the ‘director’ to get jealous and wrap up shooting.

The film is most notable for its then ground-breaking use of full-frontal shots and scenes of (simulated) sexual intercourse that until then had been confined to sex films and not used in a dramatic context. The film was released in a cut form both in the US, UK and elsewhere but it was in the US that it attracted the most controversy with some states even going so far as banning the film outright on grounds of obscenity (Massachusetts in 1969, later overturned). As is the case with any censorship case brought against a film featuring sex and nudity, the box-office takings were helped greatly as punters flocked to see what the fuss was about. The film was the highest-grossing foreign film in the US for many years afterwards. This article on Vulture.com goes into more detail about the original release.

The other style of Japanese poster features a similarly colourful image but has white text down the side instead of black.