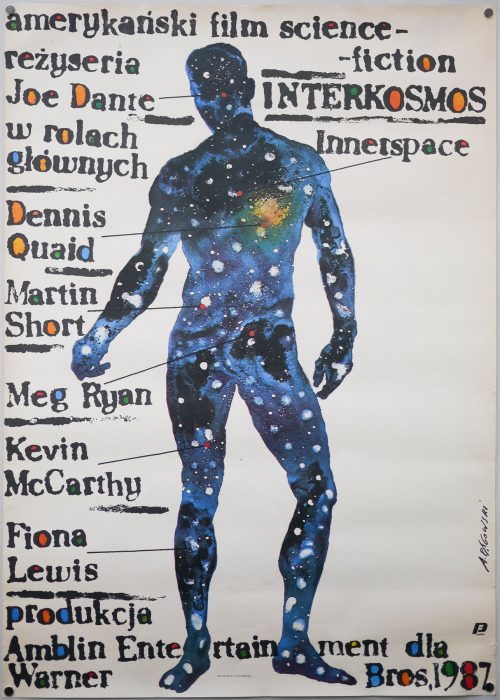 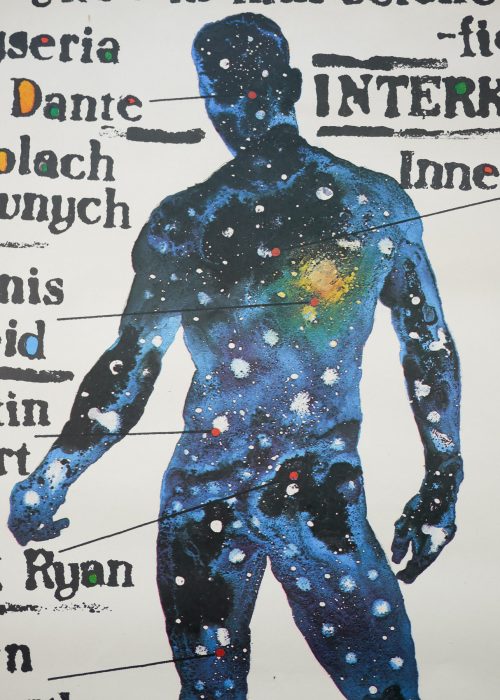 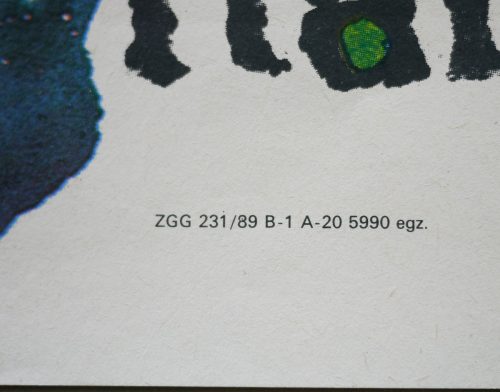 This is the Polish B1 poster for the release (in 1989) of Joe Dante’s 1987 sci-fi comedy Innerspace, in which Dennis Quaid plays the brilliantly named Tuck Pendleton, a loudmouth test pilot who is shrunken to miniature size as part of an experiment and then accidentally injected into the body of hypochondriac Jack Putter (Martin Short) during a robbery at a science lab. Madcap high-jinks ensue and the films nods heavily in the direction of the classic sci-fi film Fantastic Voyage. The film is definitely one of the high points in the myriad of high-concept films of the 1980s and I rate it as one of Joe Dante’s best films.