Japan and Monsters / B1 / Poland 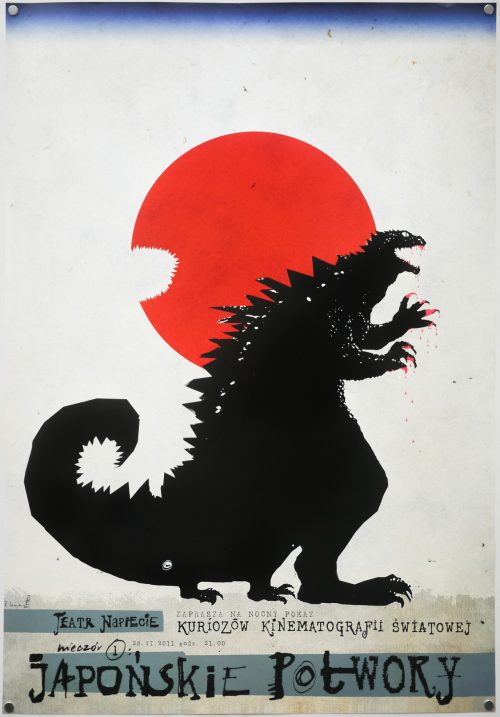 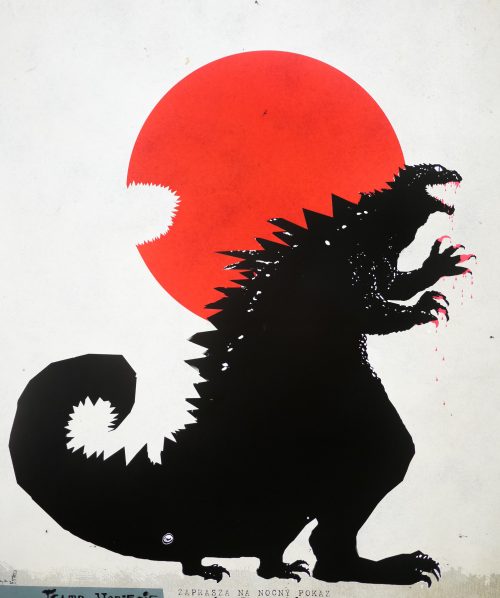 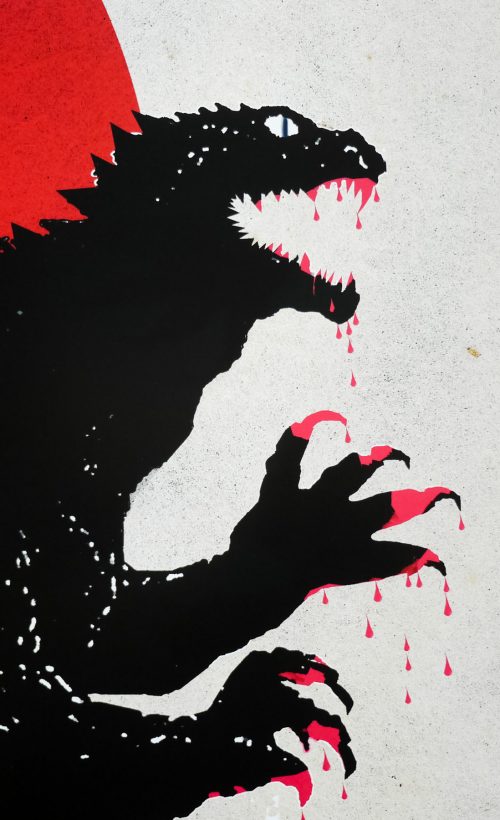 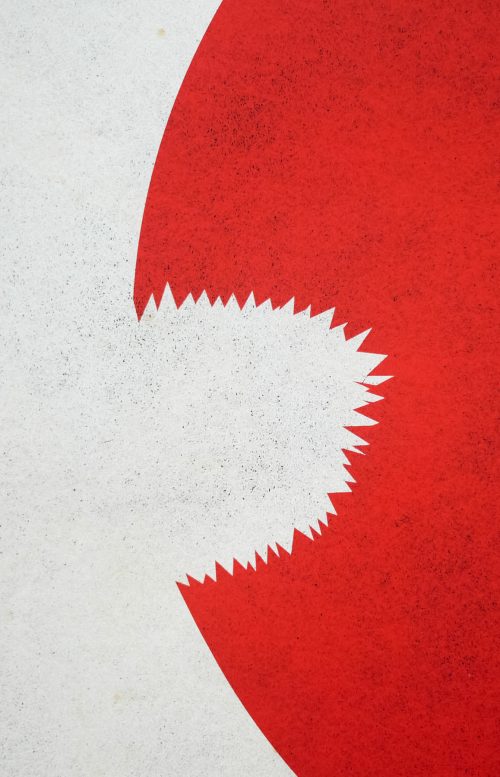 The King of the Kaiju, Godzilla, dominates this poster for a 2011 event at the Teatr Napiecie in Lodz, Poland, that was called Japonskie Potwory, which translates literally to ‘Japan and Monsters’. As you can probably guess it was an evening celebrating Japanese monster movies on the big screen.

The poster features the signature of Ryszard Kaja, a Polish artist who was born in Poznań and later studied at the noted Academy of Fine Arts in the same city. After graduating from the painting course under professor Norbert Skupniewicz, he began his career as a stage designer and was soon creating sets for theatres across Poland and abroad. As well as the scenery Kaja also designed the costumes for various productions. He would later win the Golden Mask award for his theatrical work.

His father was noted poster designer, and member of the celebrated Polish School of Posters, Zbigniew Kaja who worked on hundreds of posters during his career, so it was only natural that Ryszard continued the family tradition. He has worked on book illustrations, theatre programs, posters for film, and recently a series of tourism posters celebrating Polish cities and landmarks. There is a page about him on the Polish Wikipedia that has more details (use a browser translator) and Poster.pl has several pages of his work on display. Polishposter.com has several pages worth of his designs and Pigasus also has a number of his posters on display.