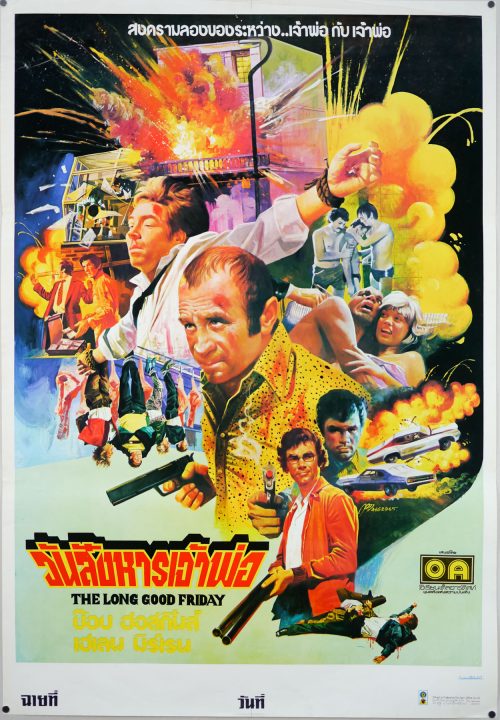 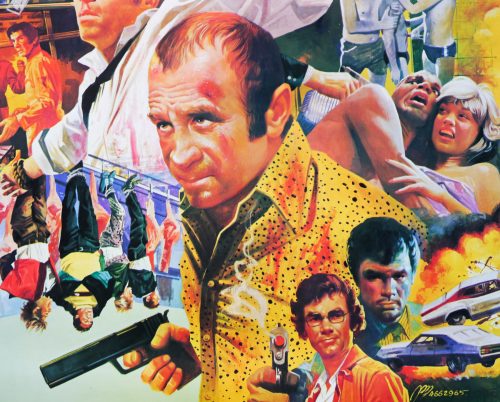 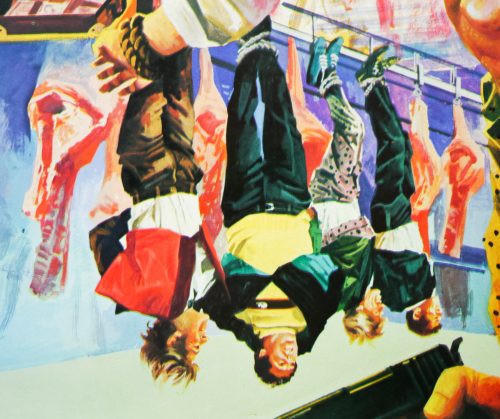 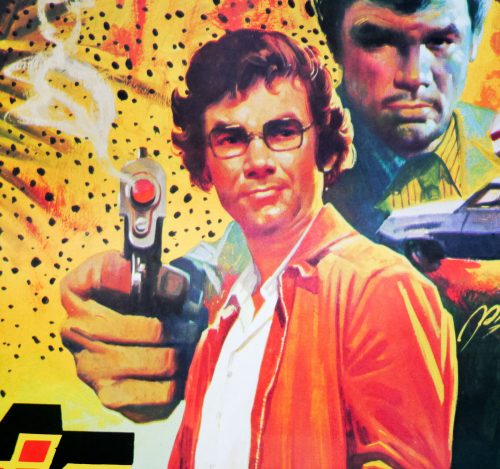 This is the original poster for the Thai release of the classic British gangster film The Long Good Friday, starring the late, great Bob Hoskins. The story focuses on Harold Shand (Hoskins), an underworld kingpin whose grand plans to develop the London Docklands, with the backing of the American Mafia, start to go awry when a series of bombs kill his associates and undermine his credibility. Harold needs to discover who is behind the killings and exact revenge before the deal is lost.

The film is notable for its use of real London locations and it’s a thrill to watch the film now and see how much of the capital has changed. It was only made 33 years ago but the city is barely recognisable compared to today.

There is a signature on this artwork, which is unique to the Thai poster, that apparently belongs to the artist Kwow. I’ve been able to discover very little about him so please get in touch if you have any details about him.