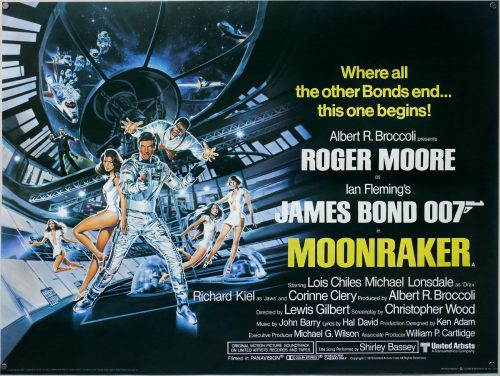 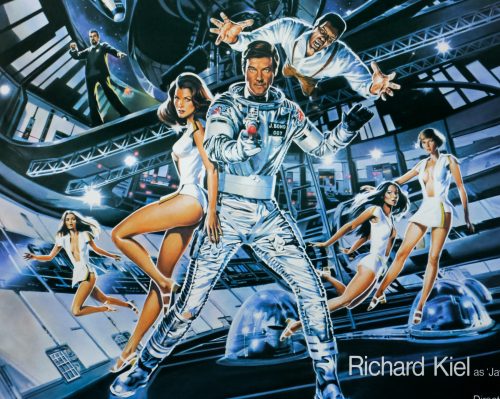 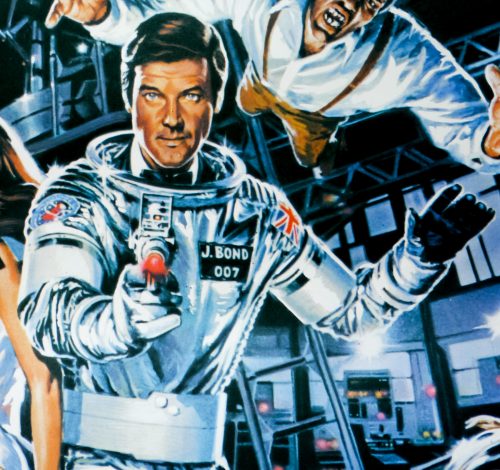 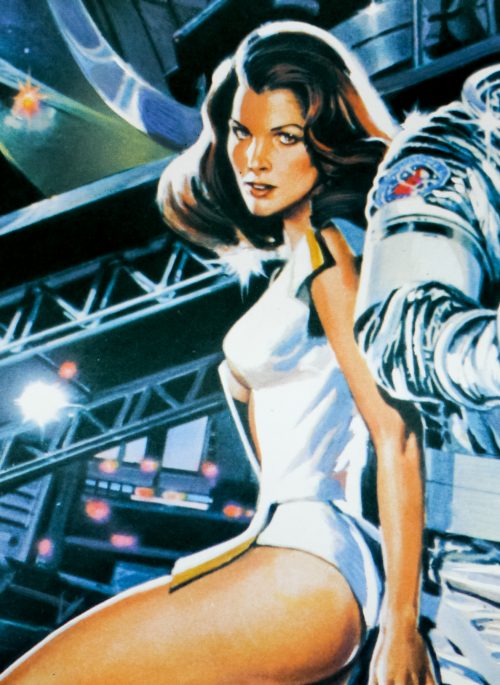 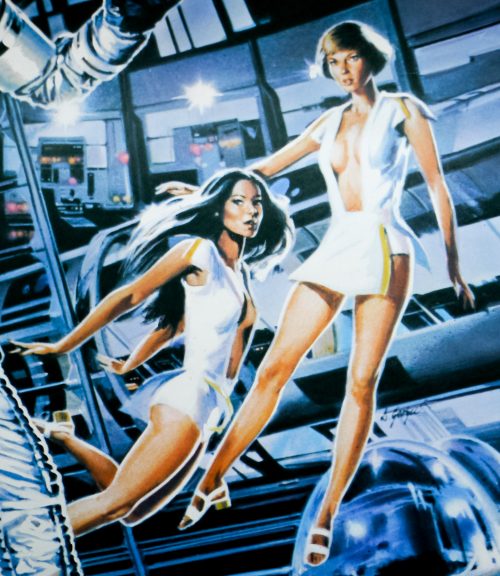 Tagline
Where all the other Bonds end... this one begins!

The film features several memorable sequences, including a stunning cable car fight over Rio de Janeiro, and a decent bad guy in Richard Kiel‘s inimitable ‘Jaws’ who used to scare me senseless as a kid. Also notable is John Barry‘s soundtrack, which marked a departure from his previous Bond work by mainly using strings instead of the typical brass. The film also features one of the most (literally) eyebrow-raising character names in the form of Dr Holly Goodhead (Lois Chiles) and one of the best/worst sign-offs of the entire series:

This is the British quad featuring artwork by the American artist Dan Goozee that was also used on the final Moonraker US one sheet and on the film’s posters in several other countries. Because the original artwork was copied to create this quad before computer technology meant easy recycling of images, the artwork is slightly ‘softer’ than on the one sheet, with some parts of the image not as sharp as they could be. This is the case on every copy of the poster I’ve ever handled. Dan Goozee also worked on several other James Bond posters including the international advance one sheet for Moonraker, the artwork for Octopussy and two one sheets for A View to a Kill.

Other posters I’ve collected by Goozee can be seen here.