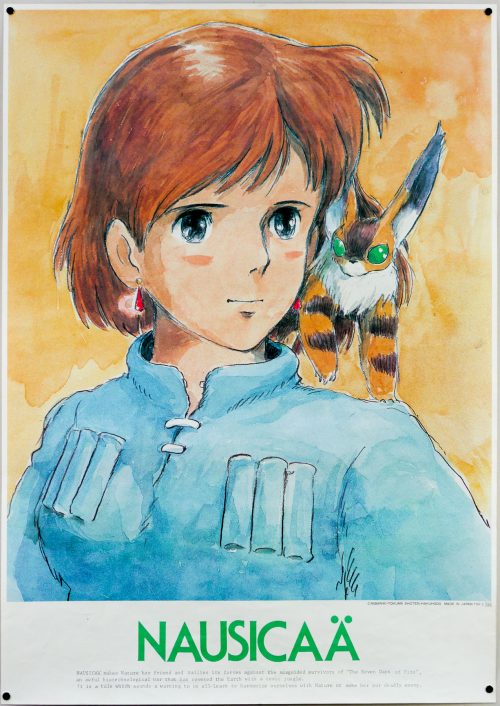 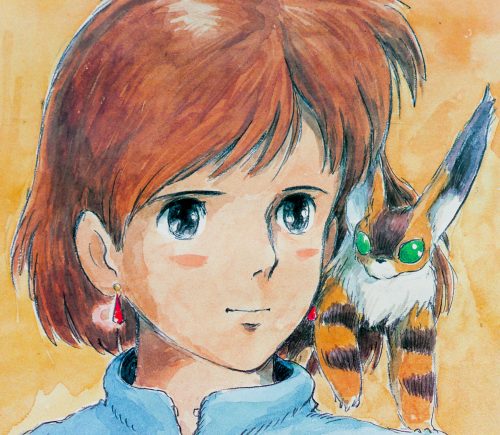 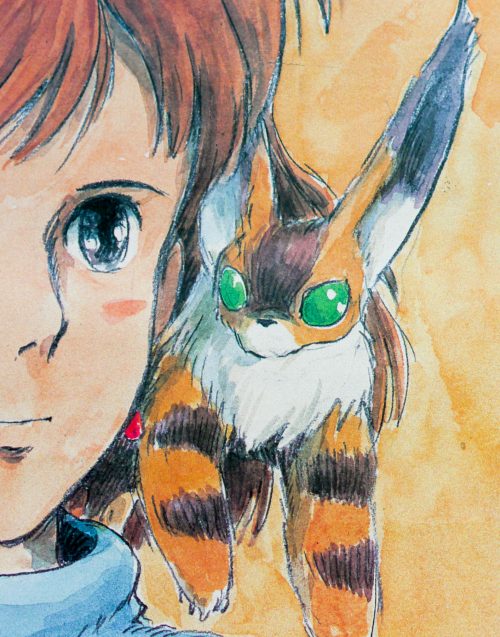 A great illustration on this Japanese B2 for Nausicaä, considered to be the first film from Studio Ghibli, the legendary animation studio founded by Hayao Miyazaki shortly after this film was released. Nausicaä was released in the US retitled as ‘Warriors of the Wind’ and was severely edited with many of the film’s themes and characters diluted.

Miyazaki has publicly stated how much he hates this version and the story goes that when Princess Mononoke was bought by Miramax Films for US distribution someone at Studio Ghibli sent a Katana sword with the simple message: ‘No cuts’. See the Wikipedia page for more details and a picture of the bizarre US poster.

This portrait of Princess Nausicaä with her fox-squirrel companion Teto was painted by Miyazaki himself and  it appears in a book of Nausicaa art titled The Nausicaa Watercolor Collection, which includes annotations by Miyazaki. In his annotation for the image, he attributes himself as the artist, while also complaining about her posture! “I know I’m the one who drew this, but I don’t really like this picture. The Nausicaa inside me would never pose like this.” Thanks to site reader Reynold for confirming this.

The poster is missing an Eirin mark, despite being the standard B2 size, and I suspect it may have been a commercial poster sold in cinemas at the time of the original release.

Nausicaä was the first Studio Ghibli back-catalogue title to be released on blu-ray in 2011.