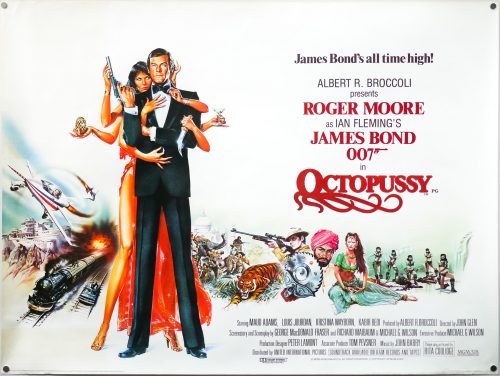 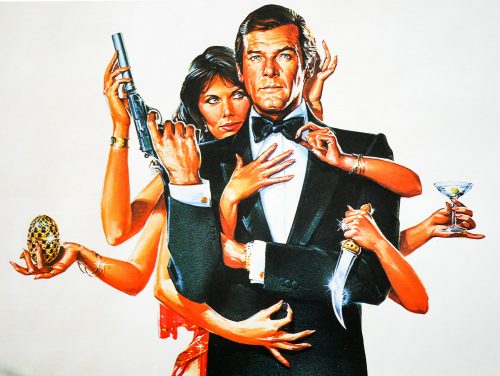 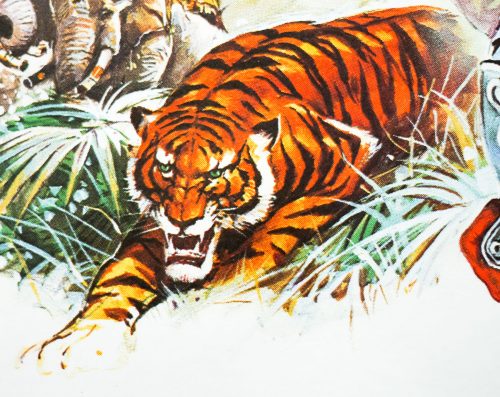 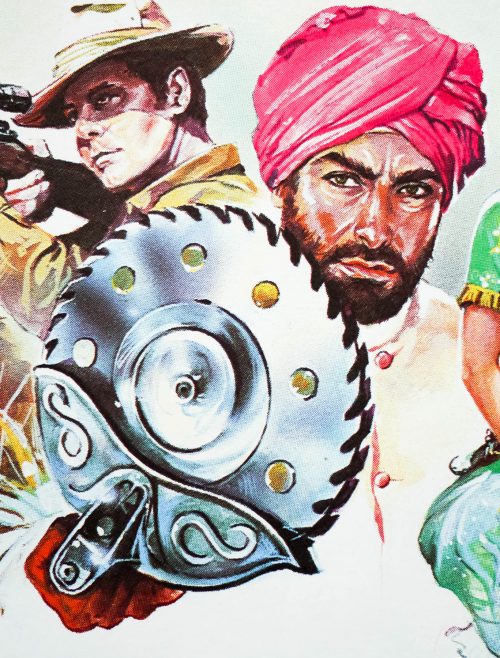 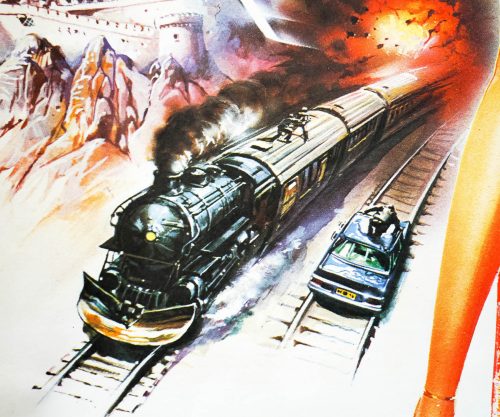 This is the UK quad for Roger Moore‘s sixth outing as the legendary spy, 1983’s Octopussy. Considered by many to be one of the weaker entries in the long-running series, the film nevertheless continued the more ‘realistic’ and down to earth approach that was taken for the previous entry, For Your Eyes Only (1981), following the over-the-top lunacy of Moonraker (1979). The story sees Bond sent to investigate the death of his fellow agent ‘009’ who perishes in front of the British embassy in East Berlin clutching a copy of a priceless Fabergé egg. When the trail leads to an auction house in London where the real egg is to be sold, Bond enters a bidding war with the mysterious Afghan prince Kamal Khan (Louis Jourdan), forcing him to spend several times its listing price.

This quad was jointly illustrated by both Renato Casaro, an Italian artist with a prolific output, and the American artist Dan Goozee who painted the central two figures for the US one sheet. They were reused here and then surrounded by the montage of action scenes painted by Casaro. On the Japanese B2, Casaro actually repainted the figures, which then sat alongside a slightly modified montage.