Once Upon a Time In America / one sheet / USA 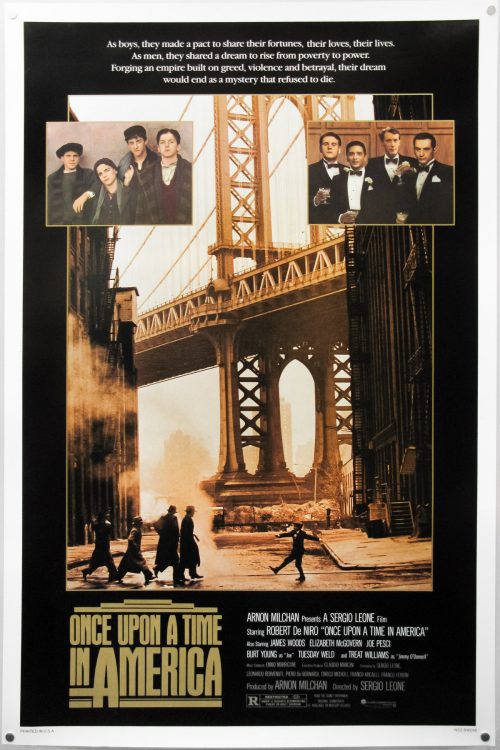 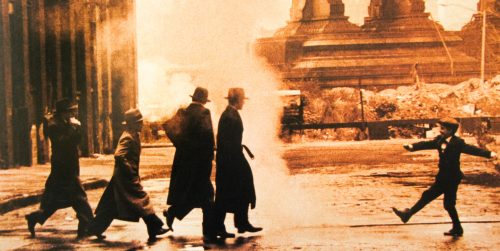 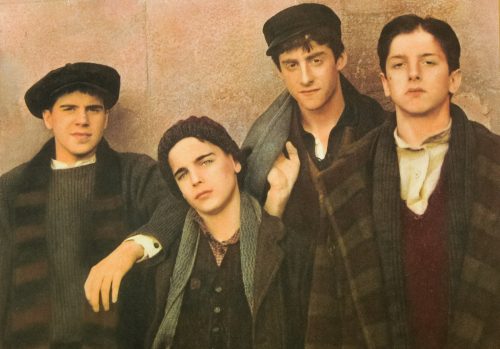 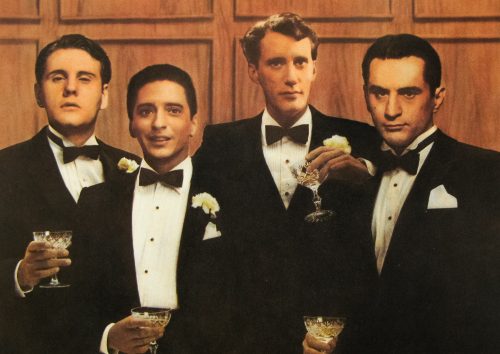 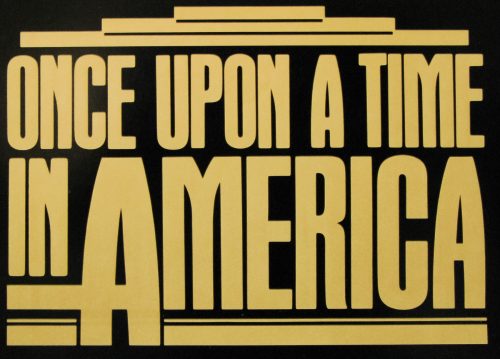 Tagline
As boys, they made a pact to share their fortunes, their loves, their lives. As men, they shared a dream to rise from poverty to power. Forging an empire built on greed, violence and betrayal, their dream would end as a mystery that refused to die.

This one sheet was designed by the American designer and artist Tom Jung, who is probably best known for the Star Wars style A one sheet. A reader of the site got in touch to confirm that Jung used this still photograph by the on-set photographer Angelo Novi as the main image on the poster.

In 2012 I visited the same street in Brooklyn that leads down to the Manhattan Bridge and is featured in the film and on this poster. I took this picture, which gives you an idea of how the street looks today.