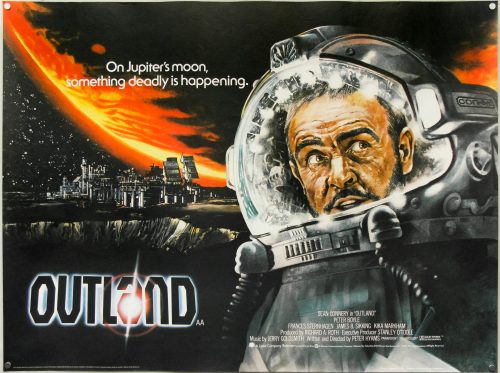 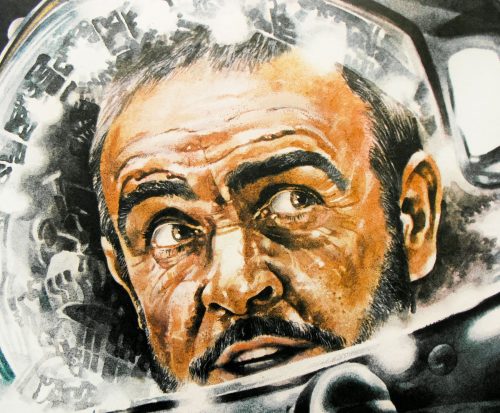 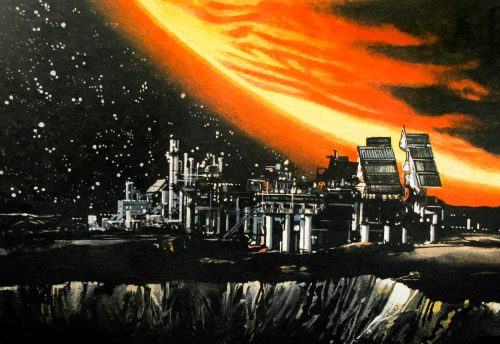 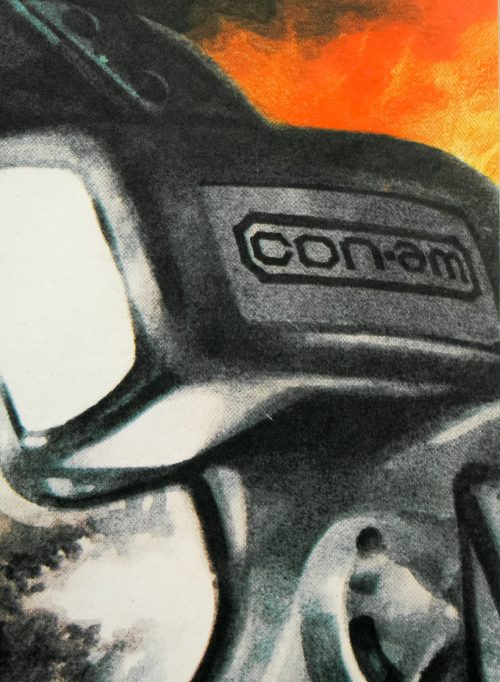 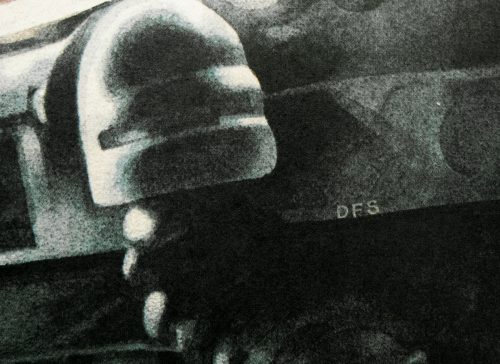 One of my favourite non-James Bond roles for Sean Connery, this 1981 Sci-Fi thriller still stands up 30 years after its release. The film was an acknowledged influence on Duncan Jones‘ superb 2009 film Moon, which I can heartily recommend. It also has one of the best posters of the past few years.

I was lucky enough to see a double-bill of the two films together presented by Jones (at the Prince Charles Cinema in London) where he talked about his love for Outland and the influence it had on his directorial debut. Without spoiling things, the design of a particular space craft in Moon is a great homage to one in Outland.

I’ve had some trouble identifying who the artist’s initials ‘DFS’ belong to and would appreciate any help with confirming this.