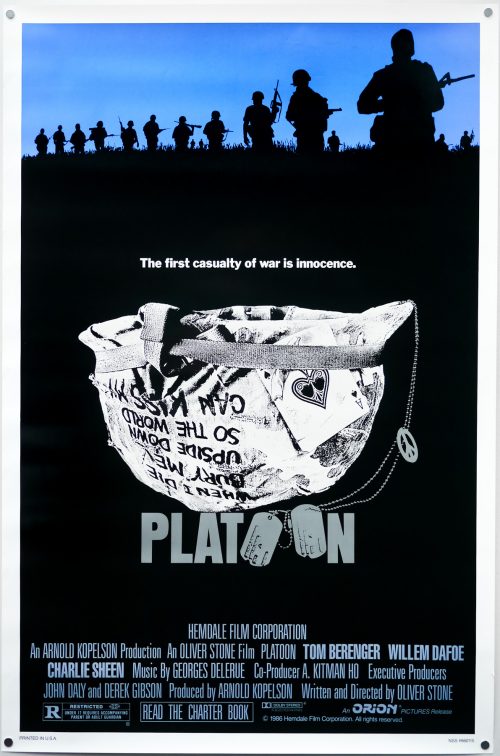 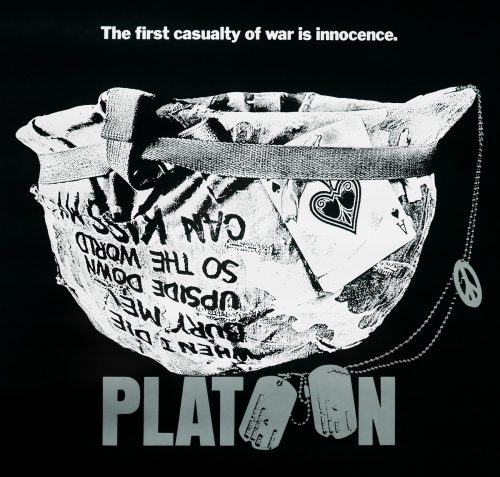 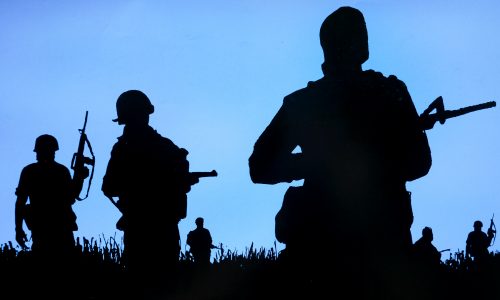 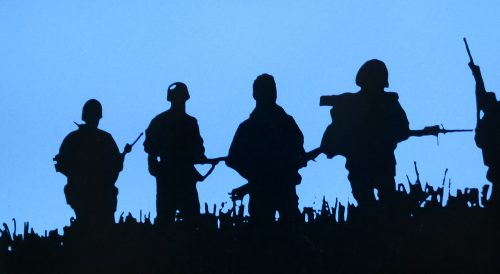 Tagline
The first casualty of war is innocence

An iconic image on this one sheet for the release of Oliver Stone‘s Academy Award-winning Vietnam war classic, Platoon, one of a three films that the director made on the subject (the others being Born on the Fourth of July and Heaven & Earth). The script, which was written by Stone, is based on his own experiences as an infantryman who served in tours of duty during the Vietnam war. He had signed up in 1967 after dropping out of Yale University and specifically requested to see combat in the war that had seen the first ground troops sent to the country two years earlier. Stone served in two different divisions for over a year and was wounded twice,  receiving several medals, including a Purple Heart.

This one sheet was designed by the great Bill Gold who is best known for his working relationship with Clint Eastwood that has lasted over four decades. He worked on the iconic one sheet for Dirty Harry and went on to design the American poster for every Eastwood film since, which includes the brilliant one for Clint’s last Western,Unforgiven (1992). Gold has also designed posters for some of Hollywood’s greatest directors, including the likes of Stanley Kubrick (A Clockwork Orange, with artwork by Philip Castle) and Alfred Hitchcock (Dial M For Murder).

Born in New York City in 1921, Gold studied illustration and design at the Pratt Institute before starting his professional design career in 1941 in the publicity department for Warner Brothers. One of his earliest designs was for the classic Humphrey Bogart filmCasablanca and within a few years he went on to become the head of the studio’s poster department. In 1962 he started Bill Gold Advertising in New York and then spent the next four decades creating hundreds of memorable poster designs and collaborating with some of the best illustrators in the business, including the brilliant Bob Peak.