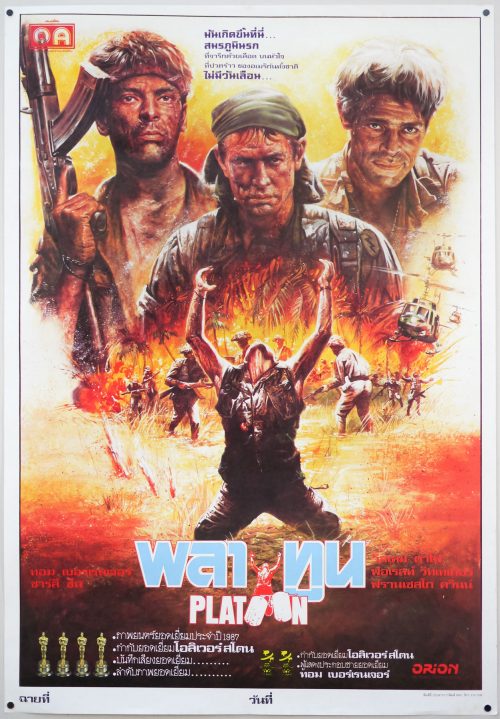 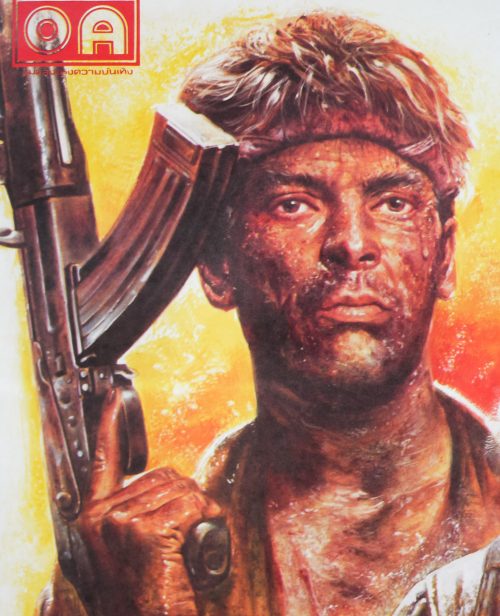 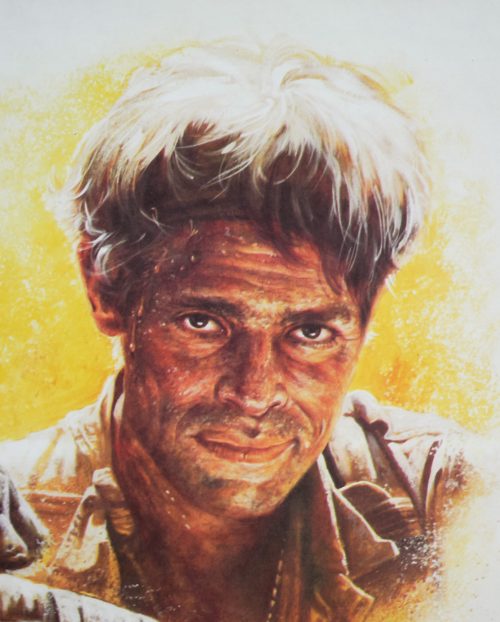 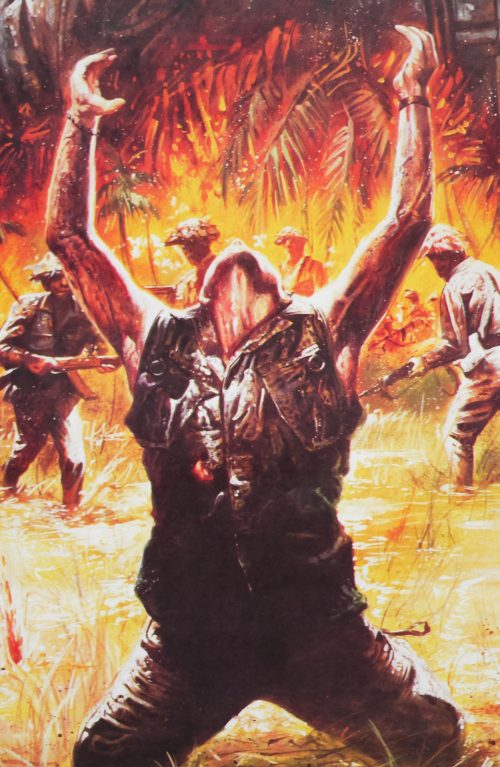 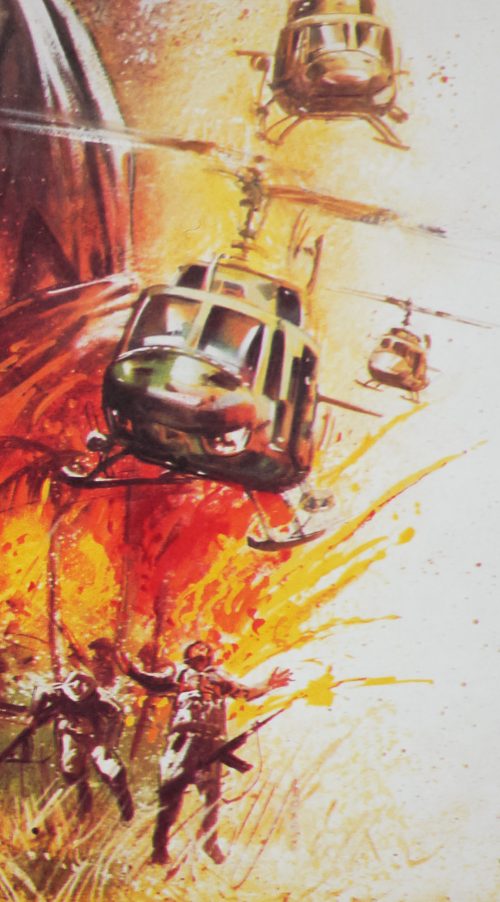 This is the original Thai poster for the release of Oliver Stone‘s Academy Award-winning Vietnam war classic, Platoon, one of a three films that the director made on the subject (the others being Born on the Fourth of July and Heaven & Earth). The script, which was written by Stone, is based on his own experiences as an infantryman who served in tours of duty during the Vietnam war. He had signed up in 1967 after dropping out of Yale University and specifically requested to see combat in the war that had seen the first ground troops sent to the country two years earlier. Stone served in two different divisions for over a year and was wounded twice,  receiving several medals, including a Purple Heart.

The artwork on this Thai poster is by the artist who signs his work Kwow, about whom I’ve been able to discover little beyond other titles he worked on. The figure kneeling with his arms up references one of the most iconic scenes of the movie, which also appeared on several international posters for the film and was painted by Mike Ryan (the original artwork was sold at auction in 2014).