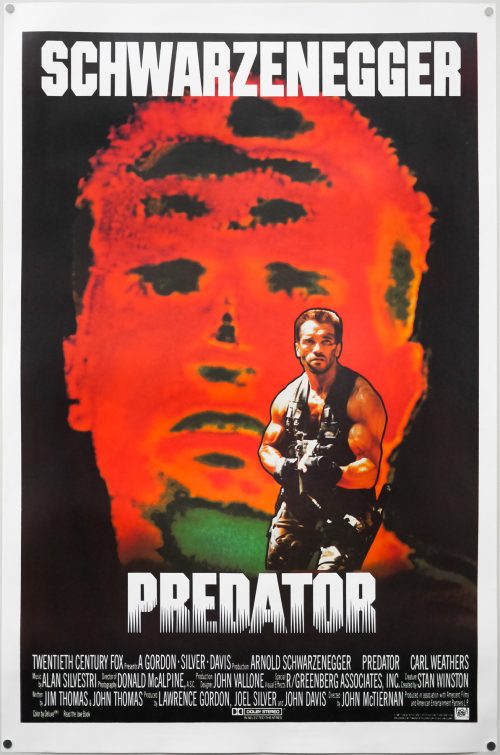 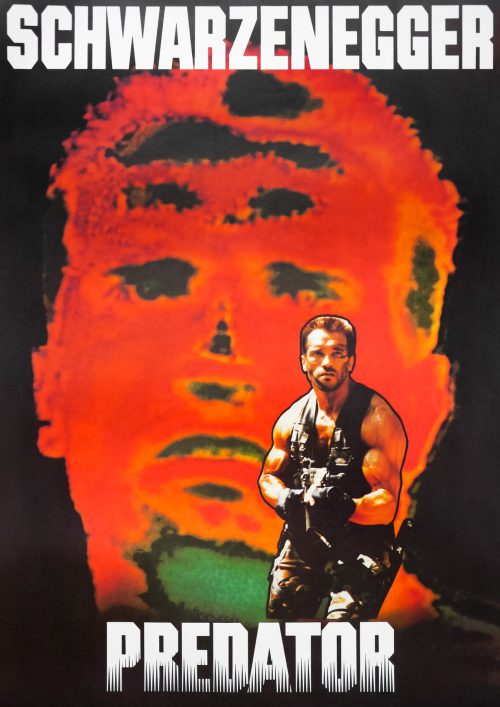 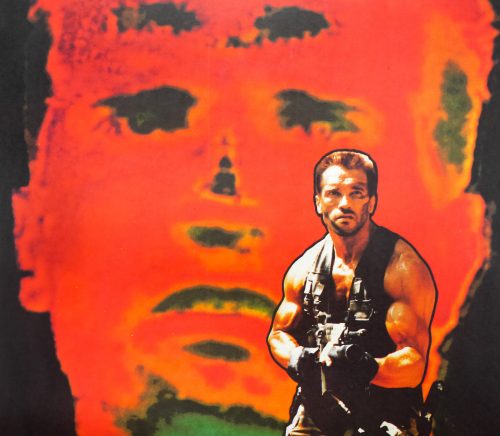 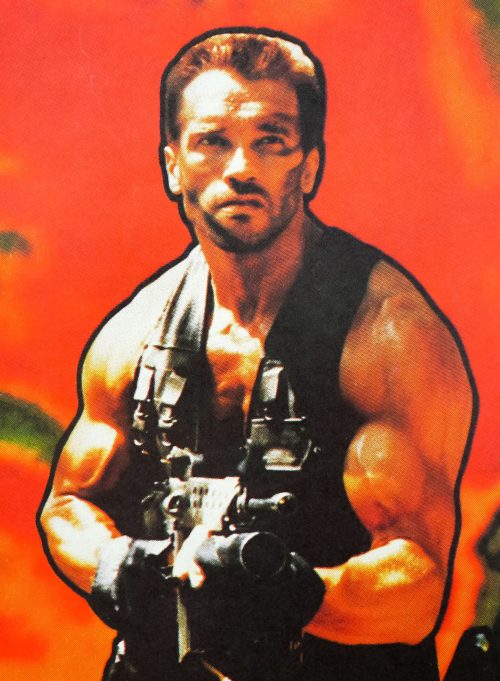 This is the scarce international one sheet that was likely to have been printed in the USA for use in English-speaking international markets. I’m unsure who is responsible for the design but it does feature the same photo of Arnie that features on the UK quad that was put together at the London design agency FEREF.