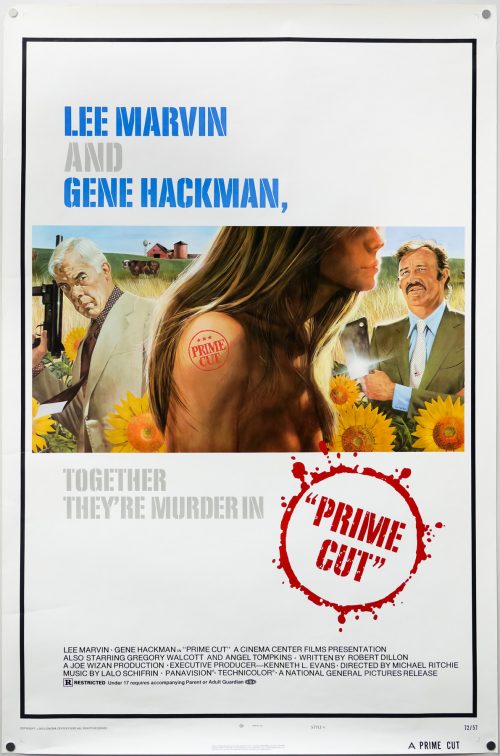 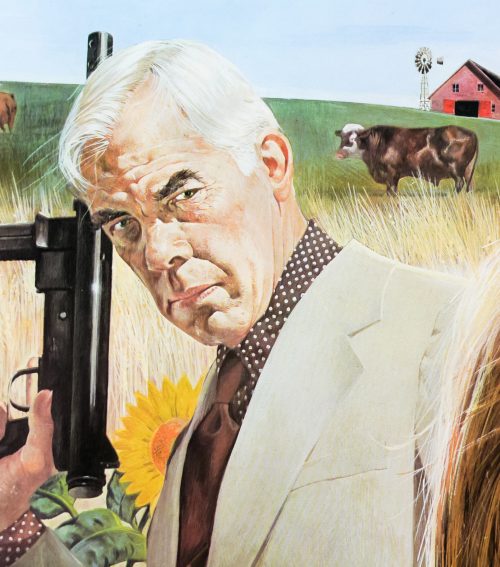 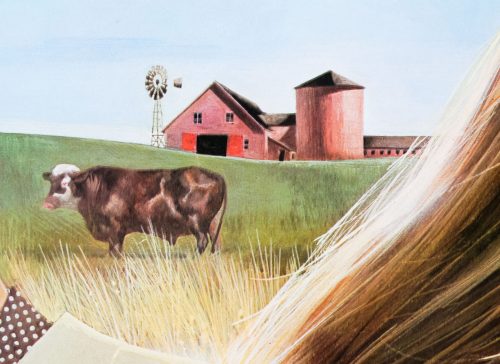 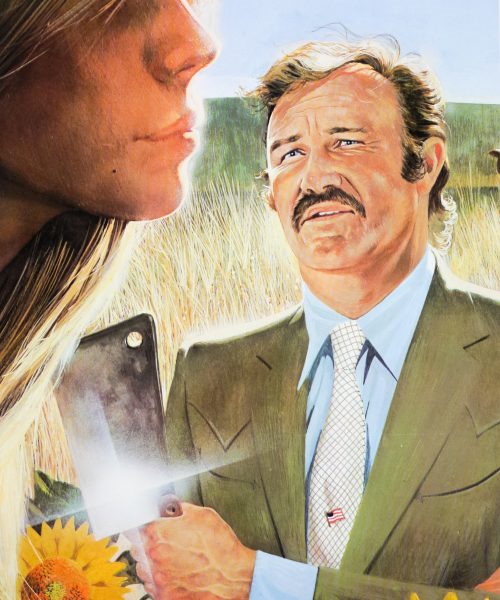 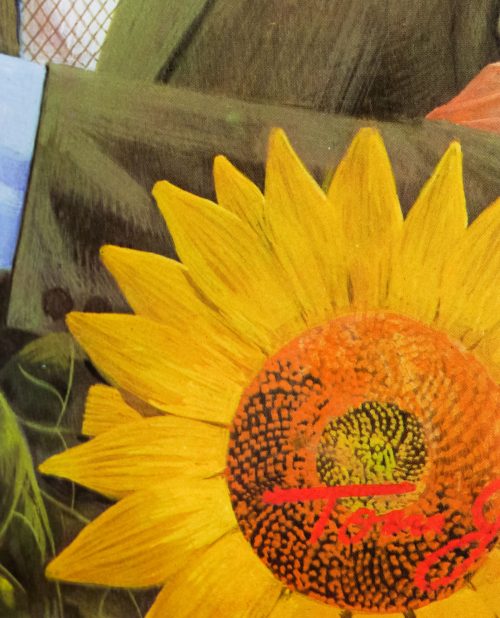 Tagline
Together They're Murder In...

A painting by the American artist Tom Jung, who is best known for his work on the style A poster for the release of the first Star Wars film, features on this one sheet for the 1972 crime-drama, Prime Cut. The film was directed by the late Michael Ritchie (Fletch, Downhill Racer) and stars two heavyweight actors of the time in Lee Marvin and Gene Hackman. The former had a string of box-office hits playing tough guys in films such as Point Blank and The Dirty Dozen, and the latter had just starred in the unforgettable The French Connection and was to appear in The Poseidon Adventure in the same year as Prime Cut. It also marked the acting debut of Sissy Spacek who would appear in her most famous role four years later in Brian De Palma’s Carrie.

The plot sees Nick Devlin (Marvin), a Chicago mob enforcer, sent with a crew of men to Kansas City to track down Mary Ann (Hackman) and recover a $500,000 debt. Previous men sent by the mob have disappeared and we witness one being ‘processed’ through Mary Ann’s meat factory, ending up as the filling in a string of sausages that are then sent to the mob boss as a taunt. After driving to Kansas, Devlin first attacks Mary Ann’s brother and warns him that the group are there to collect the debt. The following day they find Mary Ann in a barn where he is the ringleader of a white-slave auction in which young girls are being auctioned off to older men. The women are kept naked in pens like livestock and drugged up so they don’t try to escape. Devlin threatens Mary Ann and rescues one of the women called Poppy (Spacek) “on account”. The rest of the film sees him attempting to secure the missing money and avoiding Mary Ann’s gang of denim-wearing, shotgun-toting farm boys.

The film is fairly brisk at just under 90 minutes and both leads are entertaining to watch throughout. Spacek is also excellent as Poppy and it’s not hard to see why her career took off quickly following her appearance in Prime Cut. There are several memorable scenes in the film, including one faintly ridiculous one where Devlin and Poppy are chased through a wheatfield by a combine harvester, which then goes onto chew up an entire car!

Note that this is the Style A one sheet and style B is photographic. Rather unusually, the decision was taken to insert ‘A’ in next to the title at the bottom of the poster which makes it look like the title is ‘A Prime Cut’.