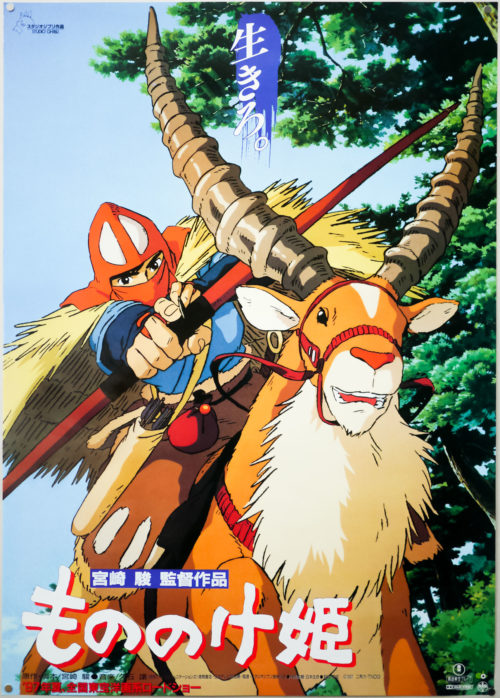 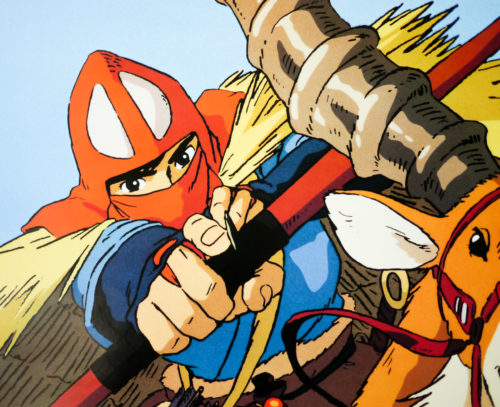 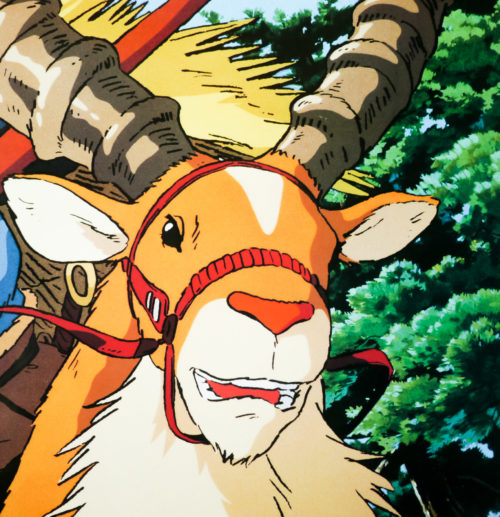 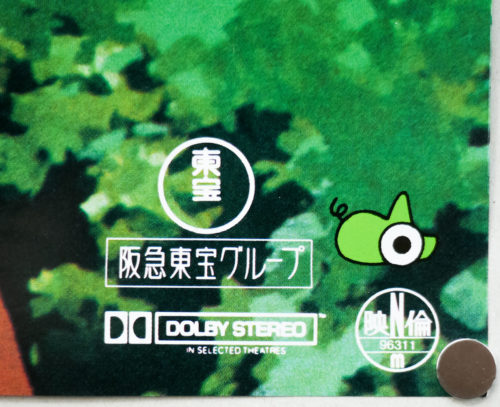 Princess Mononoke was written and directed by Hayao Miyazaki, the founder of the legendary Japanese animation outfit Studio Ghibli. Apparently around 144,000 cels were hand drawn for this film with Miyazaki personally overseeing each one and making hand-drawn amends to over 80,000 of them.

A fantasy drama set in the Muromachi period of Japan, the film follows the plight of a young warrior called Ashitaka who is stricken by a curse whilst defending his village from attack. After learning that he may be able to obtain a cure from the Great Forest Spirit (Deer God), Ashitaka travels west to try and locate it and ends up becoming involved in the battle between the animal inhabitants of the forest and the greedy humans of Irontown, who are attempting to strip the land of an important mineral called ironsand. The animals have a special ally in the form of San (AKA Princess Mononoke) a human raised by wolves, and Ashitaka must join forces with her to put an end to the conflict before all is lost.

The film was picked up for distribution in North America by Miramax Films and after the then chairman Harvey Weinstein proposed multiple edits to the film Ghibli producer Toshio Suzuki sent a Katana sword to Miramax with the simple message: ‘No cuts’.

This B2 poster depicts Ashitaka but other poster styles were printed for the theatrical release of the film in Japan.