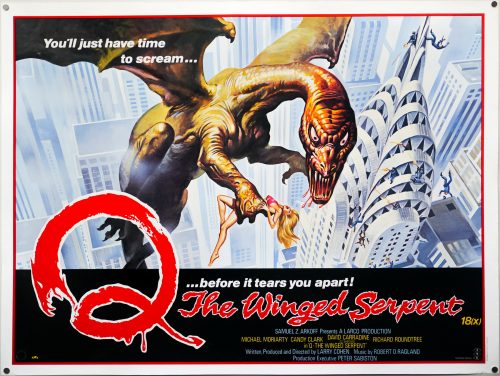 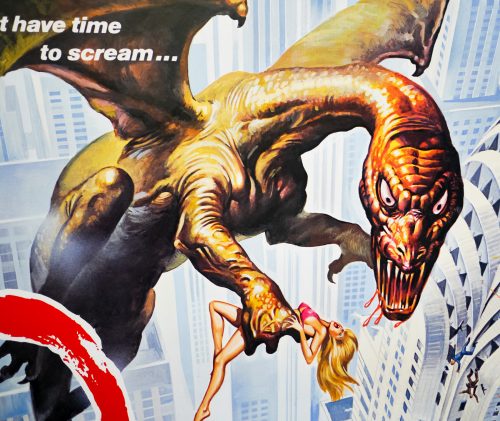 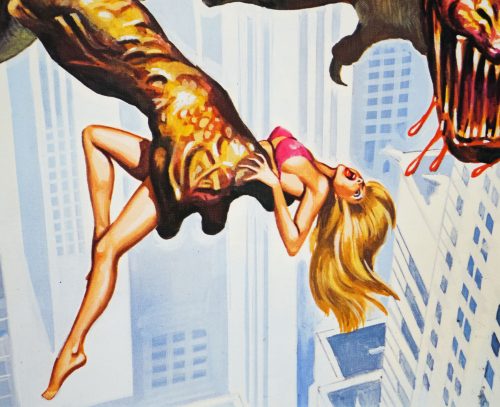 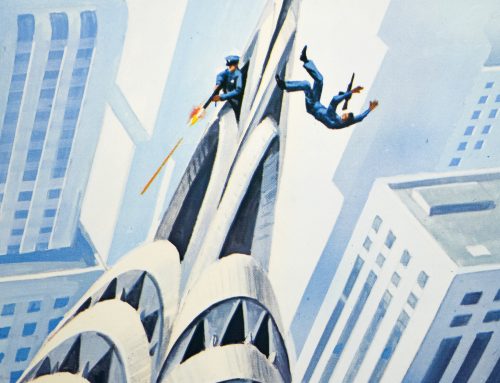 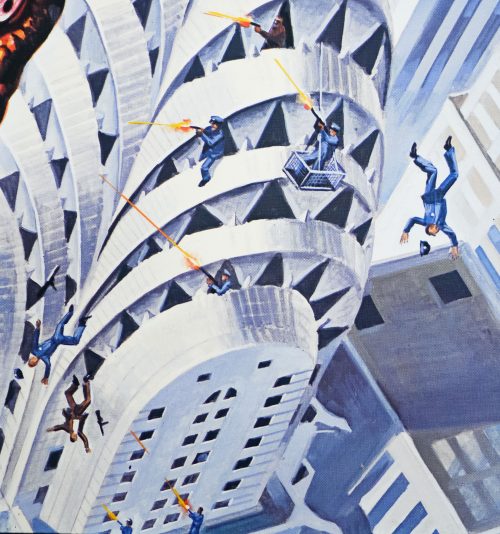 Tagline
You'll just have time to scream... before it tears you apart!

Writer/director and B-movie legend Larry Cohen is responsible for this 1982 horror film that harks back to the popular ‘giant beast’ monster movies of the 1950s. Commonly known as ‘Q: The Winged Serpent‘, or simply ‘Q’, the story is set in New York City and follows two police detectives (played by David Carradine and Richard Roundtree) investigating a series of brutal sacrificial slayings in which victims’ hearts and skins have been removed. They are also struggling to explain the mysterious deaths of people snatched from high up on rooftops by what is reported to be a flying lizard.

This quad was designed and illustrated by the late, great British artist Tom Chantrell whose dynamic and colourful work featured on hundreds of posters over a forty year period. It features the Chrysler Building, a famous New York landmark that also appears on the international one sheet, painted by Bob Gleason. Note that the lady in peril is wearing quite a bit less on this quad than she is on the one sheet – Chantrell always had an eye for adding extra bits of titillation to his artwork.

Tom Chantrell sadly passed away in 2001 but last year his widow Shirley launched his official website, which showcases his work and features a great biography written by Sim Branaghan, author of the must-own book British Film Posters. Chantrell illustrated many classic poster designs, including several Hammer posters such as the brilliant quad for ‘One Million Years B.C.’, and he was also responsible for the iconic Star Wars quad, the artwork of which ended up being used around the globe.

I have a number of other designs by Chantrell on this site and you can read an exclusive interview with Shirley by clicking here.