Return of the Living Dead / Thai 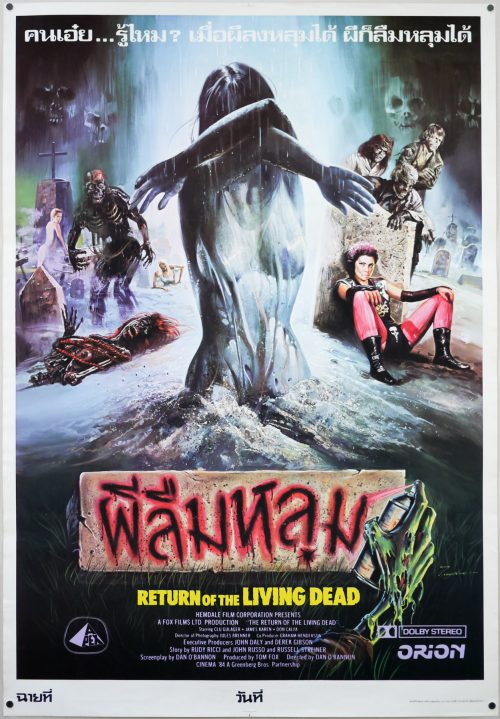 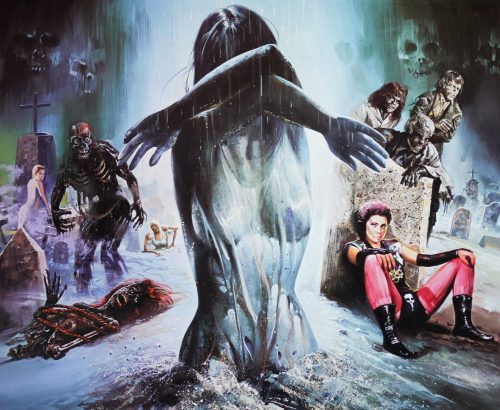 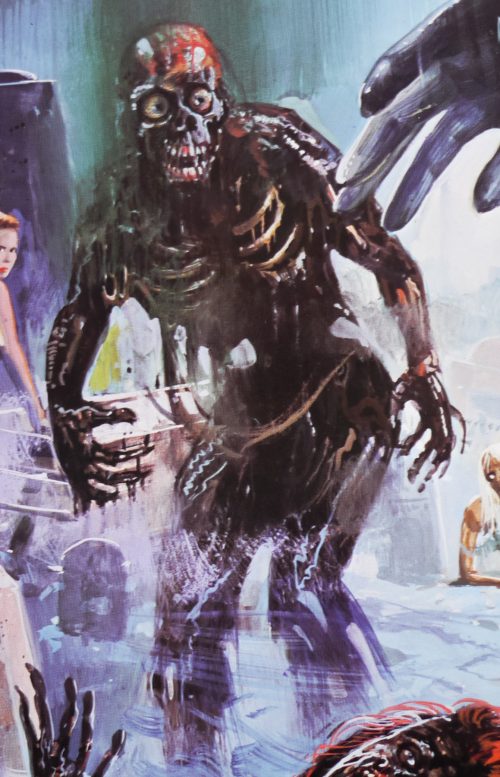 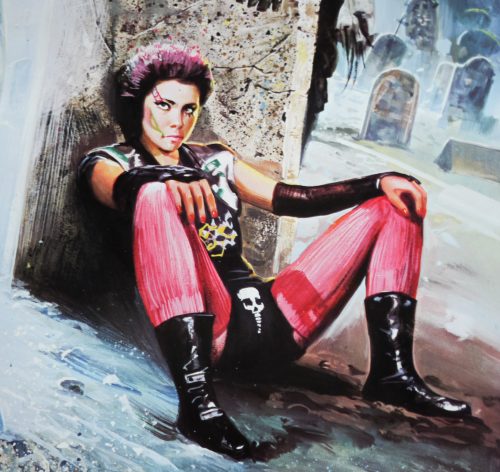 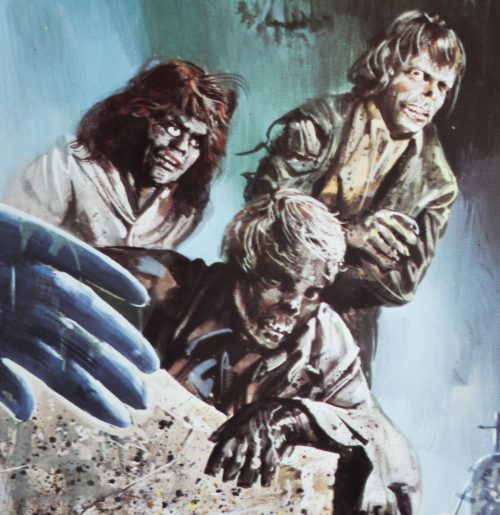 Title
Return of the Living Dead

Unique artwork by artist Tongdee on this Thai poster for the release of the 80s zombie classic Return of the Living Dead, featuring a depiction of the memorable character played by Linnea Quigley (represented here in undead form). When I first saw the film I was a little mystified by her ‘Barbie doll’ look (smooth bump) when she’s naked in the graveyard and only later found out that one of the producers made her wear prosthetics to cover up her privates. I can only imagine that it confused a lot of impressionable teenagers who were watching this back in the 1980s.

The US one sheet is markedly different and can be seen here.