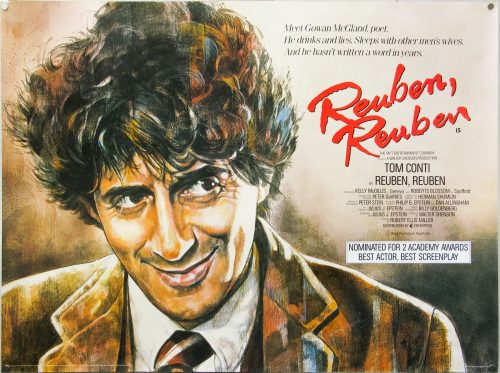 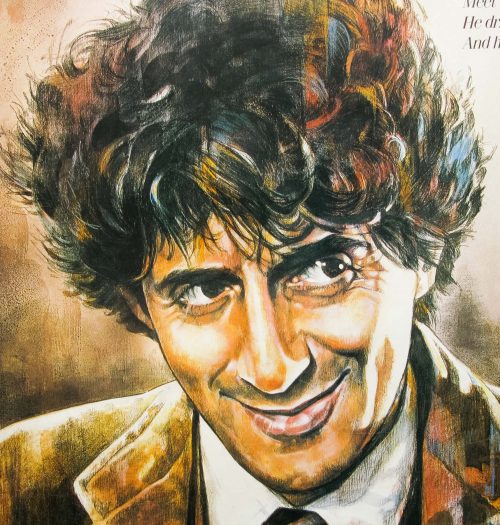 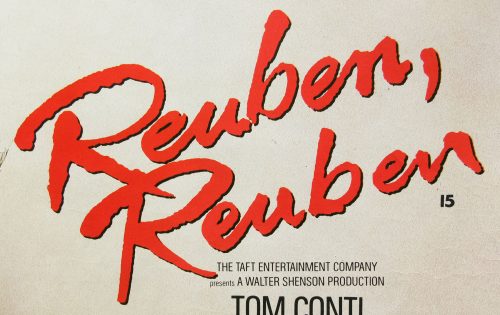 Tagline
Meet Gowan McGland, poet. He drinks and lies. Sleeps with other men's wives. And he hasn't written a word in years.

A striking portrait of actor Tom Conti on the British quad for this little seen film based on the play Spofford by Herman Shumlin, which was itself adapting the book Reuben, Reuben by Peter De Vries. Conti plays Gowan McGland, a character clearly based on the Welsh poet Dylan Thomas, a compulsive womaniser and lifelong alcoholic who died from liver poisoning whilst on tour in the US in 1953.

The film follows Gowan, who is coping with writer’s block and depression, as he tours his poetry around various clubs and societies, seducing married women and drinking himself into oblivion. A chance encounter sees him meeting and falling in love with student Geneva Spofford (Kelly McGillis in her first film role), but can Geneva save him from himself before it’s too late? The film is notable for its sharp script and strong performance by Conti who was nominated for an Academy Award for the role. Frustratingly, it has never been released on DVD and there is no legal way of watching it currently.

I’ve struggled to discover who is the artist behind this UK poster but the US one sheet has practically identical art, so it’s either an adaptation of that or the same art was simply re-used. If you have any ideas who was responsible please get in touch.