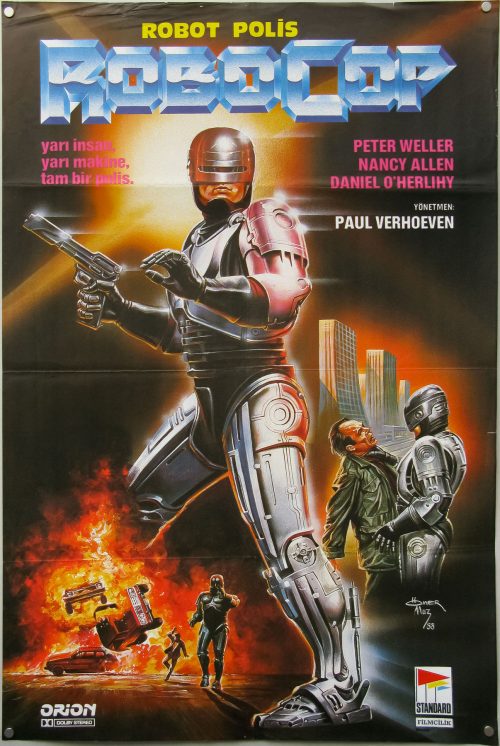 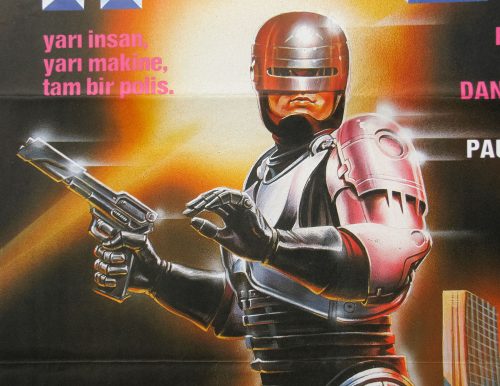 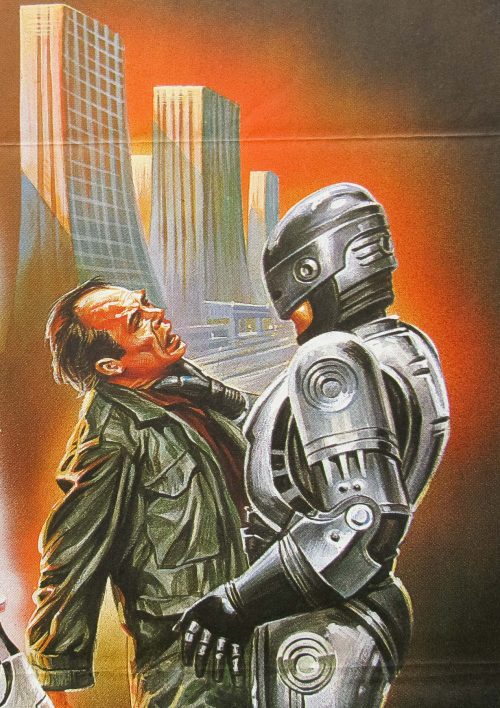 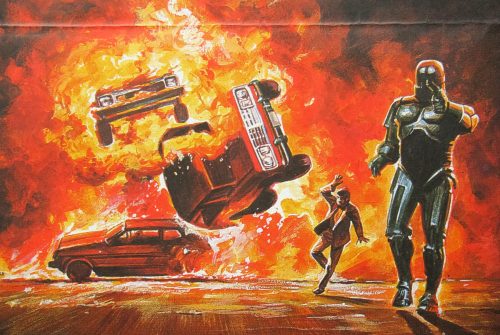 Unique artwork by Omer Muz features on this Turkish one sheet for Paul Verhoeven‘s sci-fi masterpiece, Robocop. Set in a dystopian future Detroit where organised crime is rampant and the city is close to financial ruin, the mega-corporation Omni Consumer Products enters into an agreement with the city to run the police force and plans to introduce a robotic enforcer to work alongside the human officers. When tests with a weaponised droid called ED-209 go awry and an OCP junior executive is killed, the chairman agrees to back the plans of Bob Morton (Miguel Ferrer), another OCP executive with designs for a cyborg (half-man, half-machine) cop.

Omer Muz is a prolific Turkish artist whose signature appears on many posters from the country but I’ve been unable to find out much about him. If anyone has any details please get in touch.