The Running Man / A1 / Germany 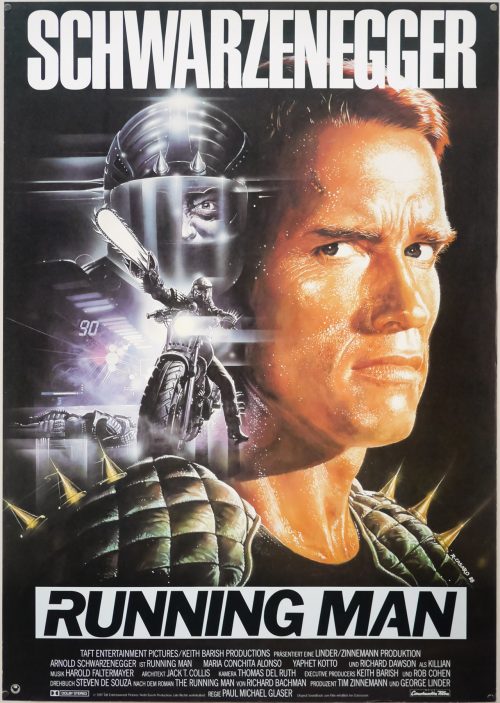 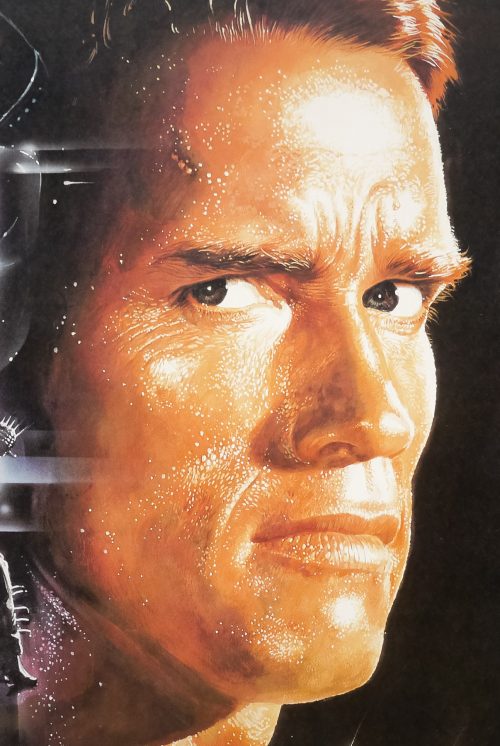 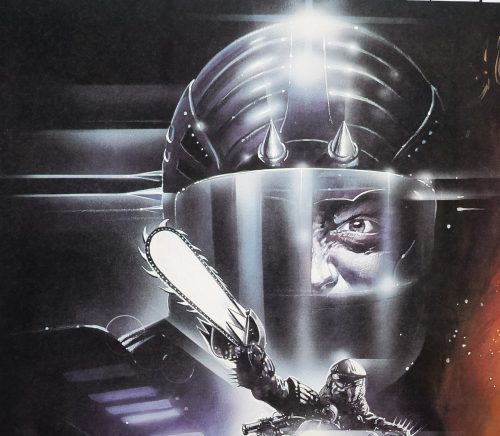 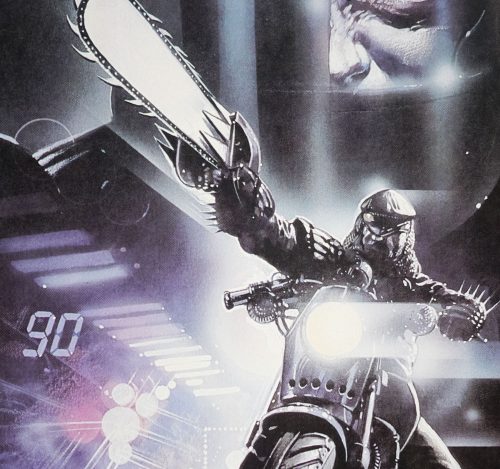 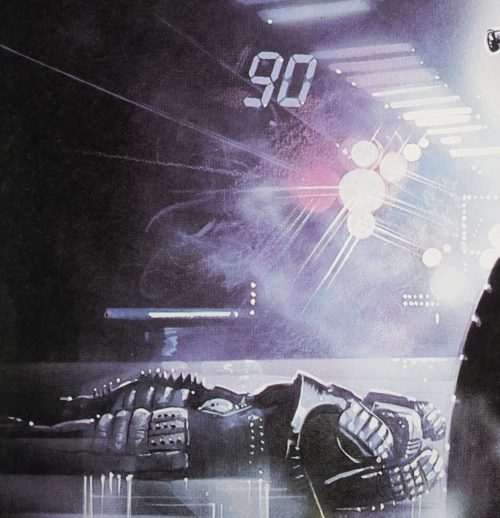 AKA
L'implacabile [The remorseless] (Italy)

In the mid 1980s there were few actors who could get away with having their head dominate a film poster, and fewer still who could couple that with their surname in giant letters spread across the full width of the poster. One such actor was Arnold Schwarzenegger, the star of several action flicks including The Running Man. Set in the dystopian future of 2017 where the world’s economy is in ruins and America is a totalitarian police state, the populace is pacified by the broadcasting of a series of gameshows that see convicted prisoners fighting for their lives across various kinds of formats. The most popular of these shows is the titular Running Man in which the unwilling participants must try to survive in a closed-off area against an onslaught of vicious killers with catchy names and different methods of dispatching their prey.

Ben Richards (Schwarzenegger) is a former police helicopter pilot who was wrongly convicted of massacring a crowd of people and sent to prison. After escaping several months later with a pair of fellow convicts, Richards is preparing to flee the country but is turned into the authorities by Amber Mendez (Maria Conchita Alonso), a composer for the network that he finds living in his brother’s apartment. He is taken to the Running Man studio where he meets the ruthless show host Damon Killian (a memorable turn by the late Richard Dawson) who informs him that unless he takes part in the show his two friends will be sent in his place. After agreeing to get dropped into the play zone, Richards finds that Killian has tricked him and has also sent his pals into the arena. The trio must face-off against the killers whilst trying to work out how to escape the arena and put an end to the show once and for all. When Amber looks a little too closely at the reasons for Ben Richards’ incarceration, she too is captured and dropped into the Running Man arena (she’s pictured next to Arnie on this quad).

Ably directed by Paul Michael Glaser, best known for his acting career – he was Starsky in the classic 1970s cop show Starsky and Hutch – the film is well paced and features several memorable scenes, whilst not holding back on the the violence and gore. The bad guy killers, including Sub Zero, Fireball and Captain Freedom and particularly memorable. It’s definitely a highlight of the Austrian Oak’s filmography, although it was released the same year as the incredible Predator, which is unquestionably the better film.

The excellent artwork on this German A1 was painted by the celebrated Italian artist Renato Casaro who worked on a significant number of German posters during the 1980s and 1990s. In March 2014 I published a lengthy interview I carried out with Renato and that can be read by clicking here. The other posters I’ve collected by the artist can be seen by clicking here.