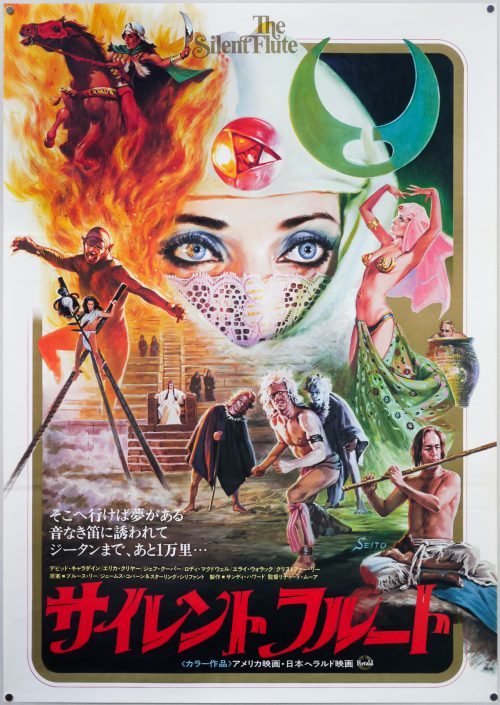 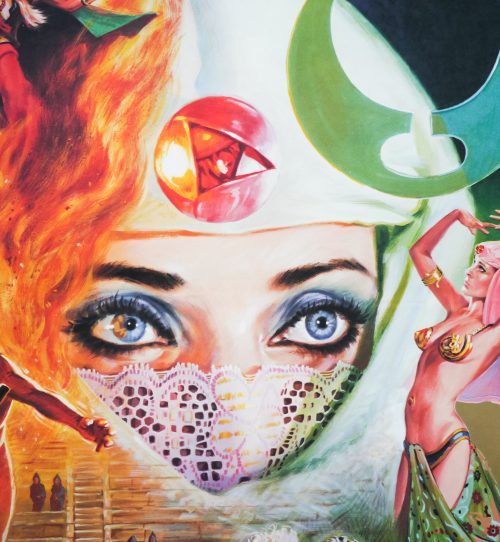 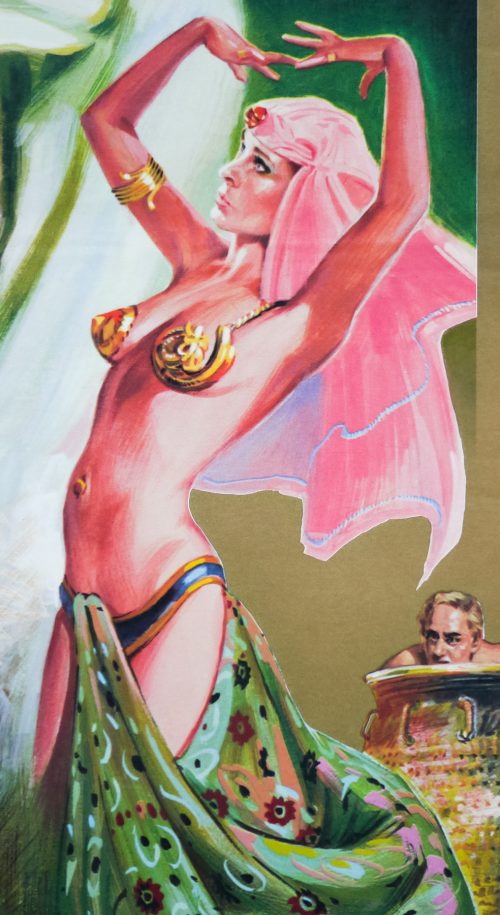 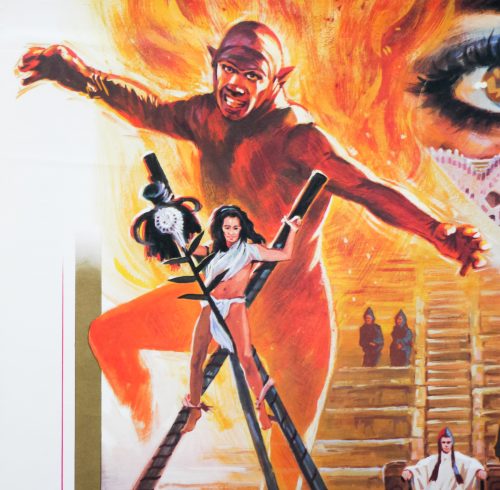 AKA
Circle of Iron (US/UK)

A colourful illustration by the artist known as Seito on this Japanese poster for the release of The Silent Flute (released in many countries as Cross of Iron), a strange cult oddity from the end of the 1970s. Originally conceived by Bruce Lee, James Coburn, and Stirling Silliphant at the end of the 1960s, the film was intended to be an introduction to Eastern philosophy and martial arts, but the project floundered following Lee’s untimely death. Silliphant and screenwriter Stanley Mann completed the screenplay in the mid-1970s and the rights were acquired by legendary actor David Carradine, at that time famous as the star of the TV series Kung Fu.

Carradine appears in the film in four roles that were originally intended for Bruce Lee but the lead character of Cord, a poodle-haired warrior, was played by the Canadian ‘actor’ Jeff Cooper, who somehow manages to get upstaged by his own abdominal muscles. To say he’s the weak link in the film would be an understatement and it’s literally impossible to take him seriously as the supposedly determined and proud hero who sets out on quest to find a wizard called Thetan and discover what is so important about the mysterious book he is said to protect. Almost all of Cord’s lines are uttered with a shit-eating grin and he has one of the most unintentionally hilarious laughs I’ve ever heard.

It doesn’t help that the script is at times impenetrable cod-philosophical twaddle, which was clearly meant to be profound but must have left most audiences expecting some martial arts action scratching their heads in confusion. One can only speculate that some of the ‘teachings’ were hangovers from the original script versions overseen by Bruce Lee, and you can’t help but wonder if he’d been partaking in a little bit too much Mary Jane at the time. Carradine is at least entertaining enough in his various roles, although he sports some questionable attire, terrible monkey make-up and a spectacularly bad moustache. Not even the appearance of Christopher Lee as Thetan can save the film since he seems to be wearing a costume better suited for a character from the Moomins. He was clearly in it for the bottom line.

Whilst the film isn’t much cop, this Japanese poster is rather excellent and the artwork is unique to the Japanese campaign. Seito is one of my favourite Japanese artists who was responsible for several fantastic illustrated posters during the 1970s and 1980s. Little is known about the man himself, even in his native country.