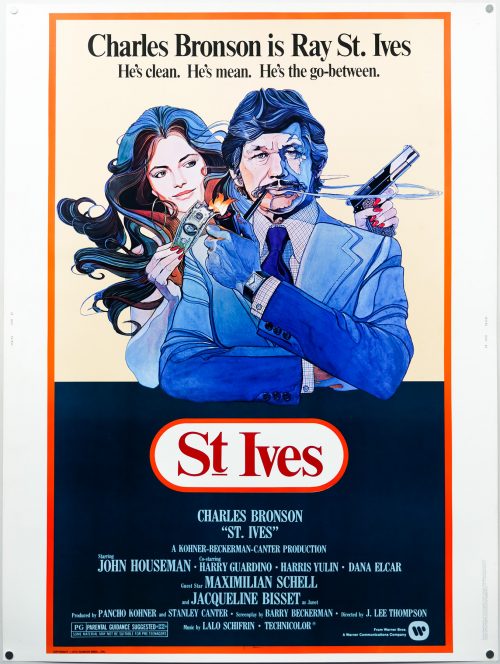 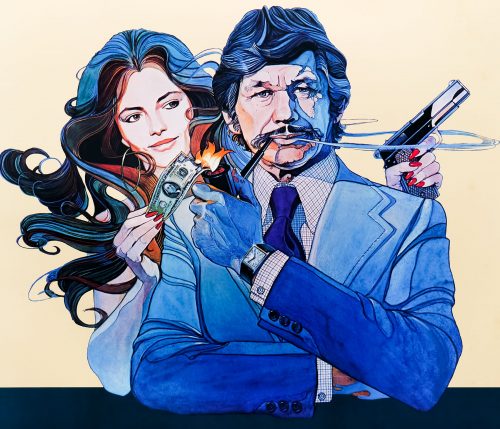 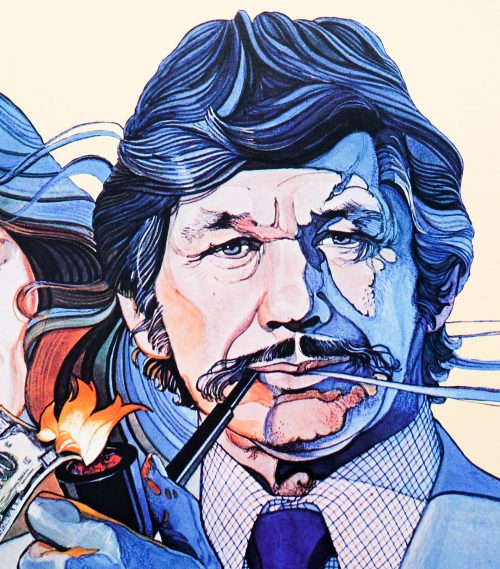 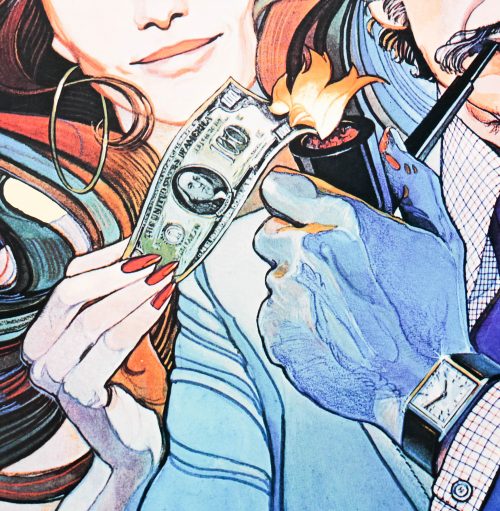 AKA
Candidato all'obitorio [Candidate at the morgue] (Italy)

An excellent, stylised portrait of legendary actor Charles Bronson and the gorgeous English actress Jacqueline Bisset on this 30×40 for the US release of St Ives. Bronson stars as Raymond St. Ives, a former crime reporter and struggling author who is hired by a wealthy eccentric named Abner Procane (John Houseman) to help him secure the return of some important ledgers that were stolen from his mansion. After several unsuccessful attempts to recover them, he eventually gets his hands on the documents but then discovers that a few important pages are missing. He must then team up with Procane and his femme-fatale protege, Janet Whistler (Bisset), to track down the missing pages and St. Ives winds up caught up in a criminal plot that he didn’t see coming.

The film was the first of eight subsequent collaborations between British director J. Lee Thompson and Bronson, which included the likes of The White Buffalo (1977) and 10 to Midnight (1983).