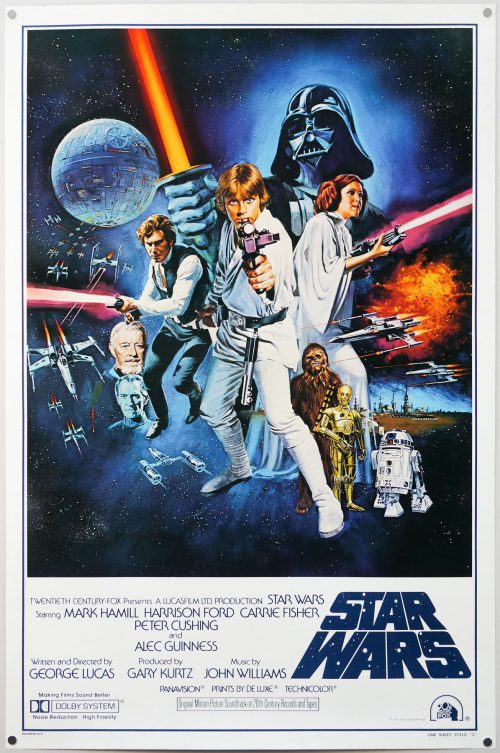 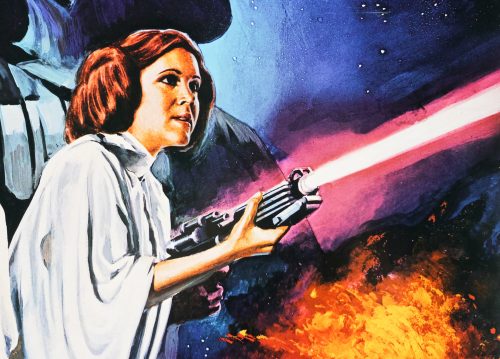 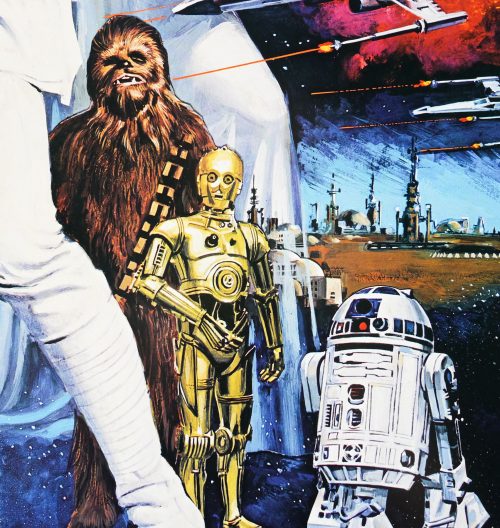 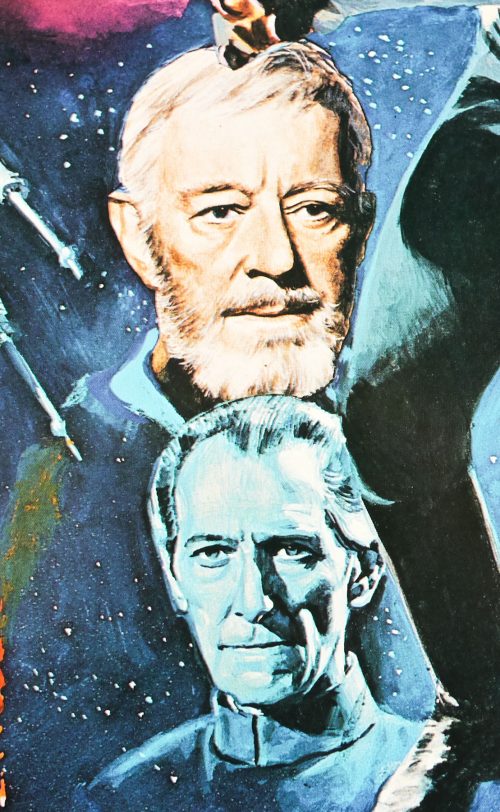 Note that the style C one sheet was originally printed for use in international territories, meaning it was printed in the US for use in other English-speaking countries. Note that it’s lacking the MPAA ratings box (PG). There were a handful of style Cs that were printed with a ratings box which were used for limited US screenings, but these are harder to find than this international version. Another thing to note is that this poster was bootlegged towards the end of the 1980s and there are thought to be thousands of copies out there. Unlike typical fake one sheets, the bootlegs are full size at around 27″ x 41″ but there are ways to differentiate them. The colours on the fake are not as vibrant and there are two hairs that were likely caught in the printing presses when the fakes were being run off (one on Leia’s gown and one on R2D2’s foot). This video goes into detail about what to look for and Cinemasterpieces.com has a detailed section on the poster here. Moviepostercollectors.guide also has a page on what to look out for.

Sadly, Tom Chantrell passed away in 2001 and my friend, and author of the must own British Film Posters: An Illustrated History, Sim Branaghan wrote his obituary for the Guardian. He may no longer be with us but Tom Chantrell’s classic artworks have stood the test of time and continue to impress decades later.

To see the other posters I have in the collection that were painted by Chantrell click here.