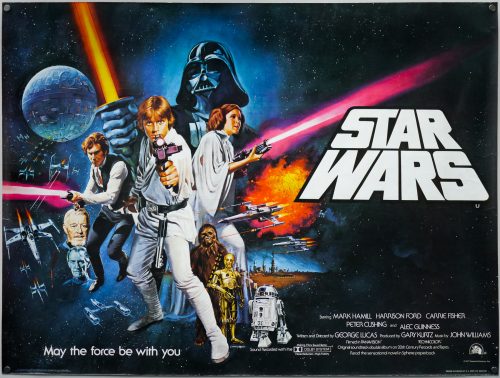 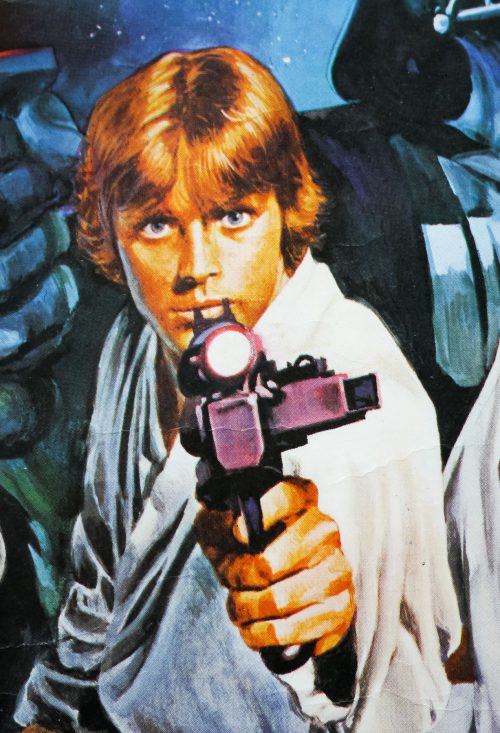 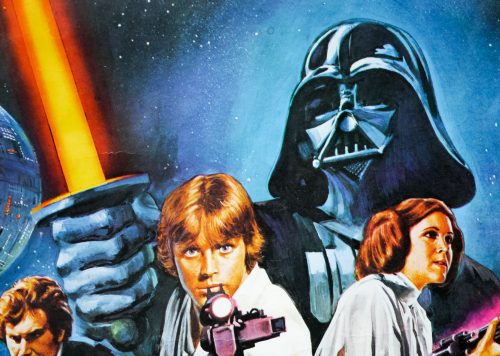 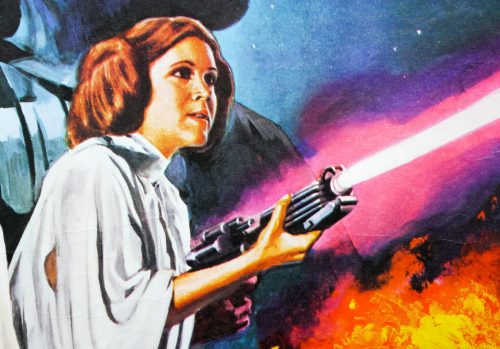 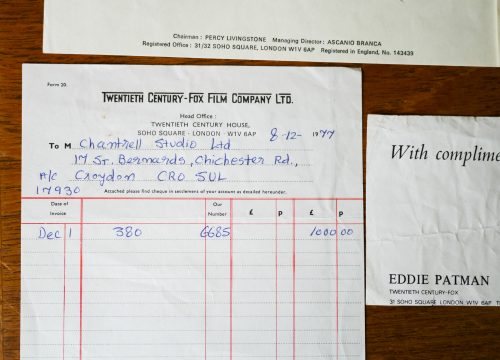 This poster perfectly captures the excitement and adventure of the seminal sci-fi blockbuster and, although originally intended just to be used for the UK market, the art was liked so much by Lucasfilm that the decision was made to use it for a style C one sheet as well as for other posters around the world. George Lucas himself would later purchase the original artwork for his archives and I like to imagine it’s hanging on a wall in Skywalker Ranch.

This particular style of the poster is the first printing of the poster for the initial 1977 release in cinemas and this can be distinguished from the later printing known as the ‘Oscars version’, so called because it was printed once the film had won a handful of Academy Awards a few months after the original UK release. The ongoing success and phenomenon of the film meant that many more copies of the second version were printed as it was shown around the UK. The Oscars version is also in the Film on Paper collection and can be viewed here.

During the time I spent with Shirley we browsed through several boxes of the plentiful material she has kept from the days that Tom was working on film posters. I was amazed to see that he had retained the original invoice that he had sent to 20th Century Fox (Star Wars’ UK distributors) and some letters from Fox relating to the invoice, which confirmed that he had been paid the sum of £1000 for his original work on the art. These can be viewed by accessing picture thumbnails 28 and 29.

Sadly, Tom Chantrell passed away in 2001 and my friend, and author of the must own British Film Posters: An Illustrated History, Sim Branaghan wrote his obituary for the Guardian. He may no longer be with us but Tom Chantrell’s classic artworks have stood the test of time and continue to impress decades later.