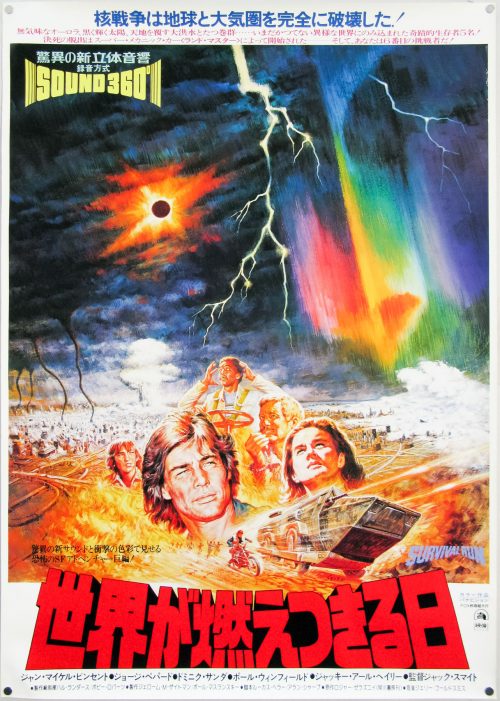 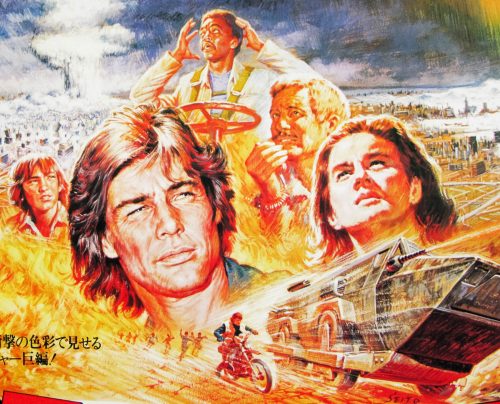 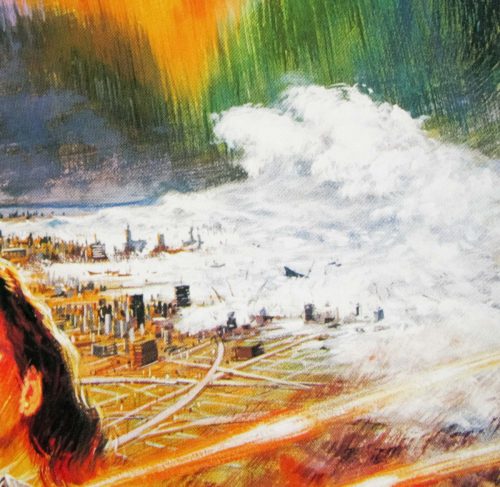 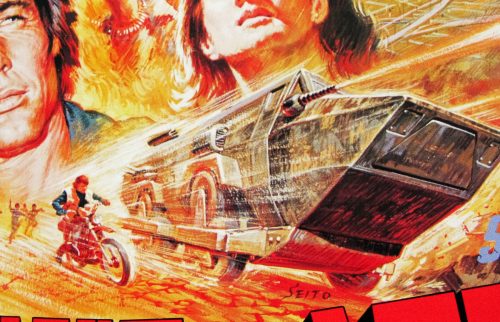 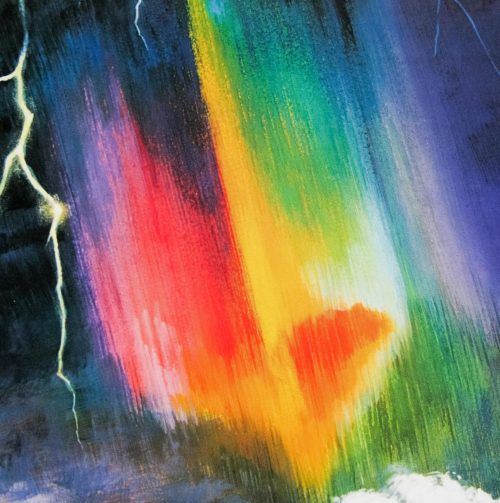 Released as Damnation Alley in the USA, this dystopian sci-fi adventure (set after the nuclear destruction of World War 3) pretty much disappeared at the box office, but later gained something of a cult status. It’s interesting to note that the studio, 20th Century Fox, were making two sci-fi films in 1977 and saw this as their big hope for a box-office blockbuster. The studio suits didn’t have much faith in the other project, a little film called Star Wars…

In some cinemas the film was shown with something called Sound 360. From IMDb:

20th Century-Fox developed a rival to Universal’s gimmicky ‘Sensurround’ sound process (popularized in the theatrical release of Earthquake (1974)) that was only used for the theatrical release of “Damnation Alley” called Sound 360. This process was basically a variation of Magnetic-Optical Stereo sound. This technical advancement/gimmick in sound did not last past “Damnation Alley” although it was planned for Walter Hill‘s The Driver (1978) and Damien: Omen II (1978). If you look at the one sheet of “Damnation Alley” the “Sound 360” declaration and logo are prominent at the bottom.

This one sheet by one of my favourite Japanese artists, Seito, is practically identical to one of the American one sheets that can be seen on IMPAwards (credited to artist Paul Lehr).