The Terminator / A1 / Czechoslovakia 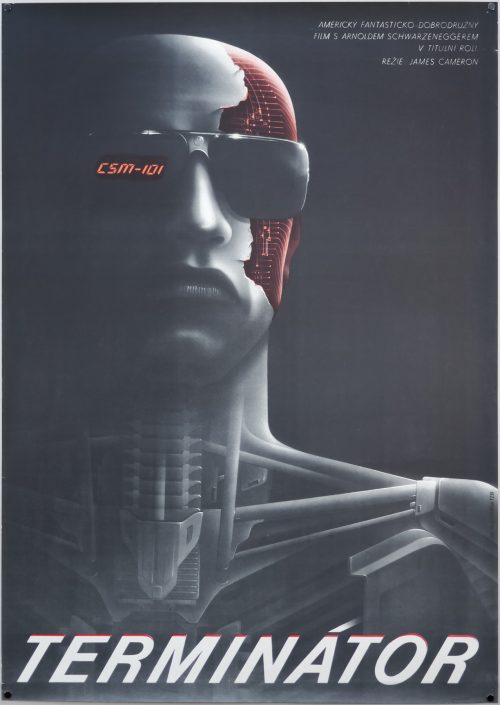 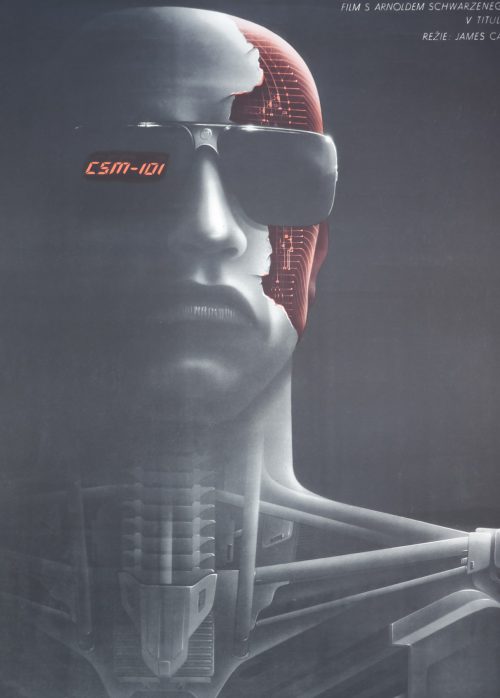 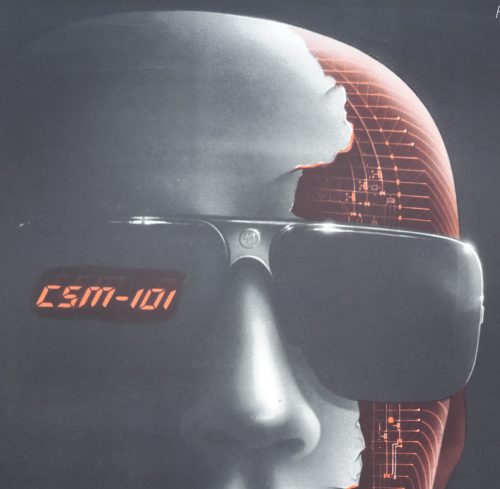 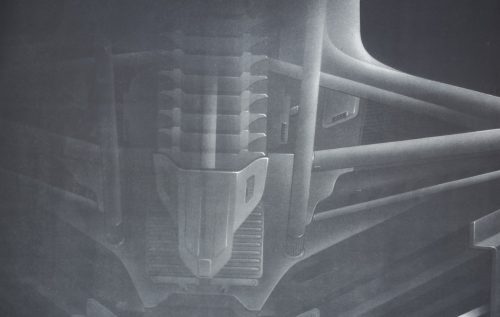 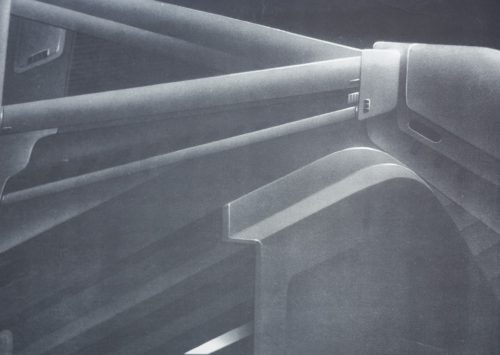 The US poster features an iconic photograph of Arnie alongside a lengthy tagline, whilst the UK quad went for an illustration depicting a battle-damaged Terminator showing the endoskeleton underneath. This poster for the Czechoslovakian release of the film in 1990 (two years before the sequel) features a fantastic illustration depicting the cold steel of the endoskeleton with Arnie’s face above and an exposed cranium with what are clearly intended to be electronic pulses in place of a human brain.

The poster was designed and printed by the Czech artist Milan Pecák. A celebrated designer and artist, Pecák was born in 1962 and studied at the Vaclav Hollar School of Fine Arts in Prague before working as an architect and later as a set designer for several films. It was whilst working on the 1986′ ‘Zastihla Me Noc’ that he was first given the opportunity to work on the film’s poster and from then onwards he was in demand as an artist for posters advertising Czech releases, as well as several American films, including Gorillas in the Mist, Mississippi Burning and Indiana Jones and the Temple of Doom. In addition to film posters, Pecák is also an accomplished book and magazine cover illustrator and in his spare time works on fine art painting as well as digital graphics.

Milan Pecák’s official website can be viewed here and features several galleries of his work as well as a biography.