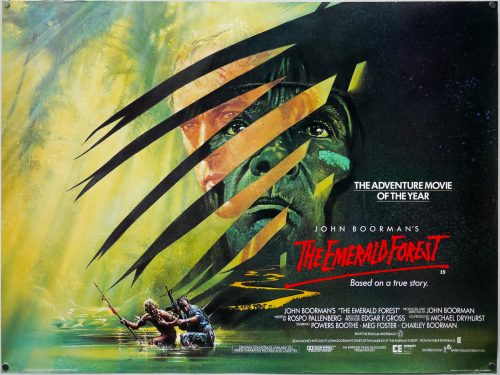 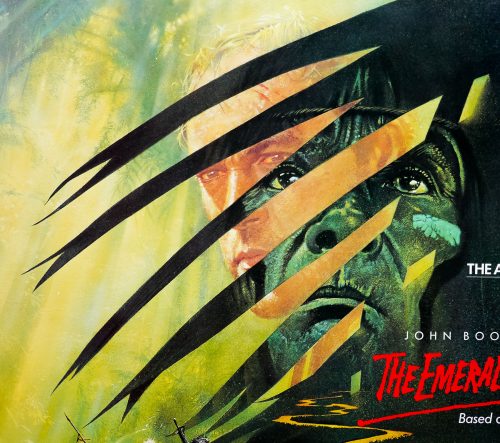 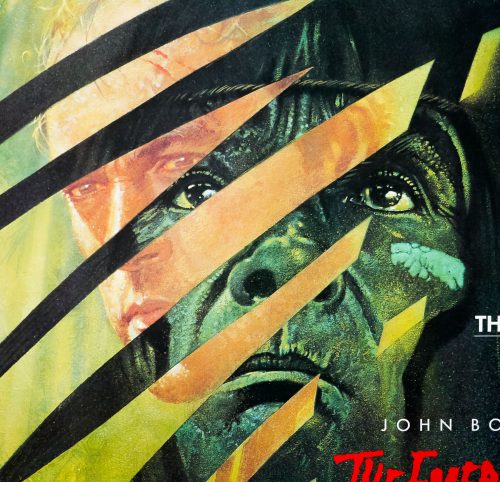 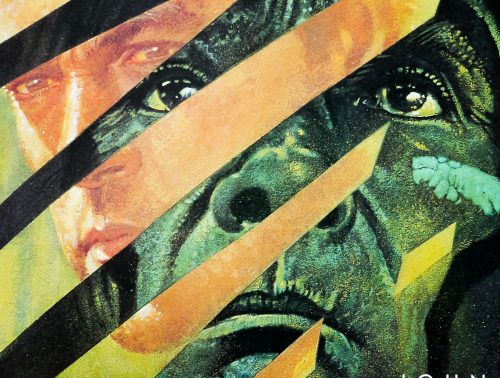 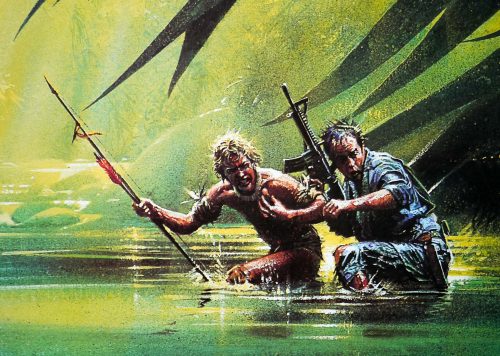 Tagline
The Adventure Movie of the Year

A striking design on this British quad for the release of John Boorman‘s adventure film The Emerald Forest. Bill Markham (Powers Boothe) is an engineer working on the construction of a dam in the jungles of Brazil who has brought his wife and young children with him to live there. One day his son Tommy disappears and the family discover that he has been kidnapped by an indigenous tribe called the Invisible People. Markham spends years searching for his son and it’s not until a decade later that he finally locates him, only to discover that he’s now fully assimilated into the tribe. The dam is nearing completion and Markham decides to help his son’s adopted tribe before their way of life is totally destroyed. Tommy/Tomme is played by Charley Boorman, the director’s own son.

This poster was one of several collaborations between two immensely talented British designer-illustrators, Vic Fair and Brian Bysouth. Like the withdrawn A View to a Kill UK one sheet, Vic was on design duties and is responsible for this brilliantly clever composition that juxtaposes the face of Powers Boothe with that of a tribesman, using the device of the multi-stranded leaf. Brian executed the final illustration in his typically detailed style with the use of careful brush strokes and airbrush techniques to give the whole thing a nice texture.

Vic and Brian were unquestionably two of the greatest talents ever to work on British film posters, which make collaborations like this even more special. For more information on the pair I highly recommend picking up a copy of ‘British Film Posters‘ as it features sections on both men. Here are the posters I’ve collected so far by Brian Bysouth and those by Vic Fair (with more to add over the coming months).

Another one you both worked on that I love is the poster for The Emerald Forest, which has a great device of the leaves dividing the two faces
That’s another superb design from Vic. The textured effects were created by using an old toothbrush to splatter the paint on quickly, and then I’d use an airbrush to finish it off. I really enjoyed painting the two figures running through the water. Being asked to do the finished illustration for such an outstanding design remains a deeply satisfying experience.

Years later, I asked Mike Wheeler, the advertising director at Rank, if he could return the artwork to me and I was astonished when it arrived by messenger the very next day. I always got on well with Mike but that kind act secured an enduring friendship.