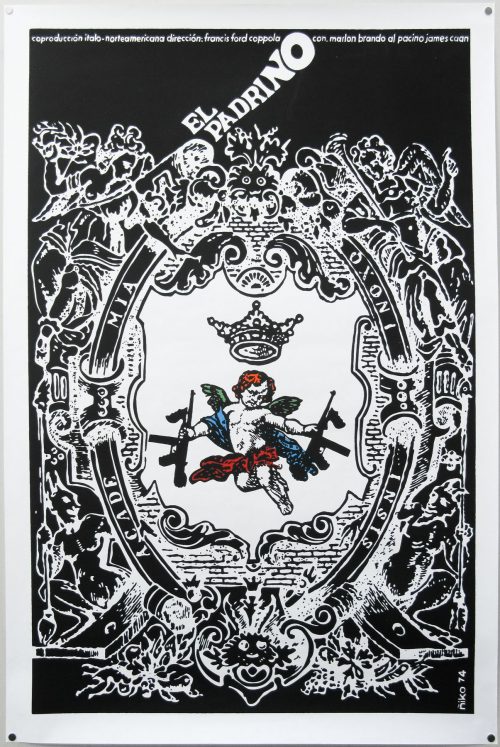 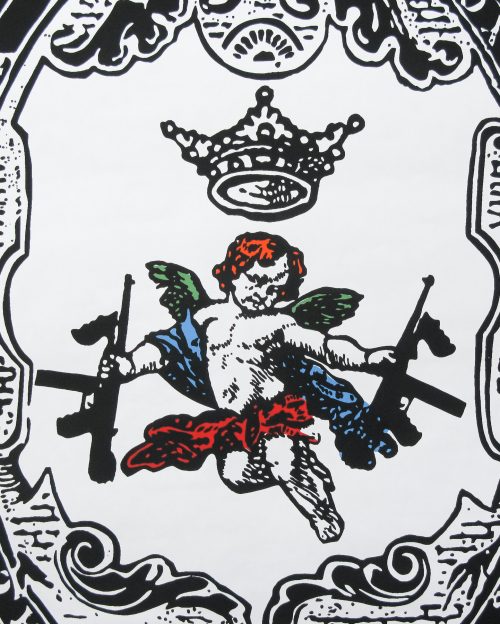 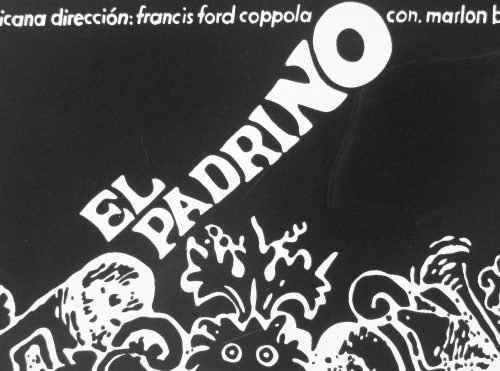 AKA
The Godfather (USA - original title)

This poster for Francis Ford Coppola‘s classic crime epic The Godfather was designed and illustrated by Antonio Pérez González Ñiko. Born in Havana in 1941, Ñiko (as he is known) studied a Bachelor degree in Art at the city’s university before getting a job at a graphic design agency. He was instrumental in designing multiple posters for the Cuban revolutionary movement in the 1960s and 1970s as well as many film posters in conjunction with the ICAIC.

Now a resident of Mexico, Ñiko works as a professor of Graphic Design at the Gestalt Design School in Xalapa, Veracruz. He continues to design and paint and his work has been featured in countless exhibitions around the world. His personal blog can be viewed here. Galleries of his work can be viewed on his Cargo Collective website here, and the sheer number of film posters he’s worked on is nothing short of incredible.

Whilst in Havana I also picked up a few other posters, one of which (A Clockwork Orange) I have already posted here.