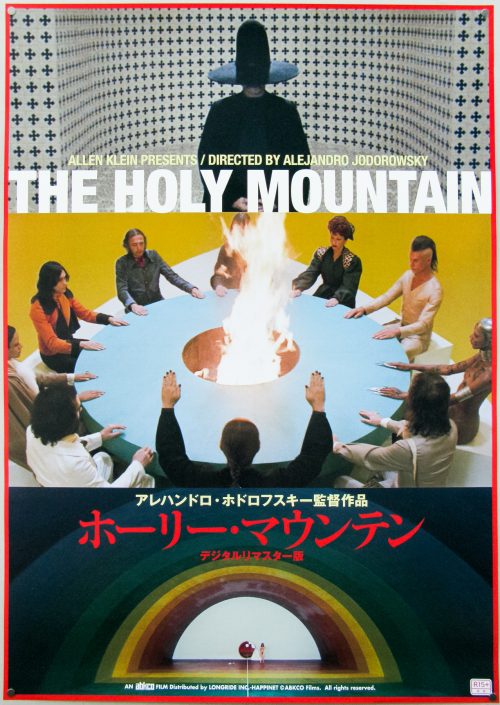 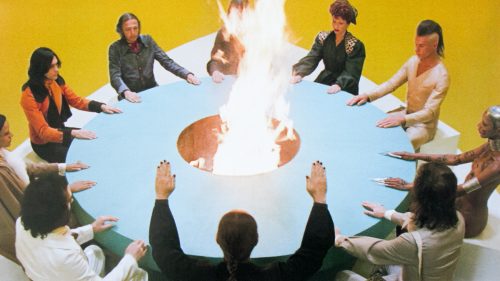 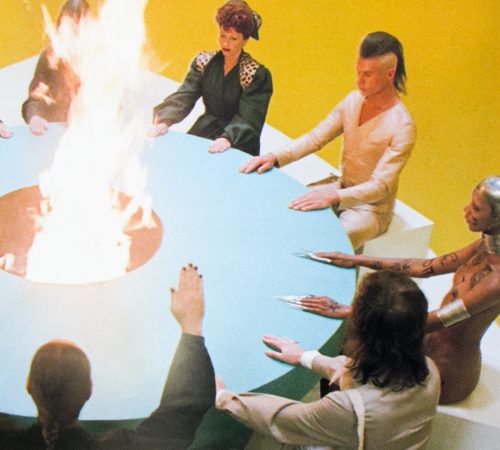 Alejandro Jodorowsky’s legendary cult opus was given a limited re-release in Japan last year and this is the poster promoting it. There’s not much point in talking about the film itself other than to say you’re in for a treat if you haven’t seen it. To say it’s a unique experience would be an understatement and, although it’s certainly not for everyone, it’s a film that all self-respecting film fan should add to their ‘to watch’ pile. This bit of trivia on Wikipedia gives you an inkling of what you’re in for:

The Beatles member George Harrison was intended to play the main character but he withdrew when read in the script he had to wash his anus in front of the camera.

Both this and Jodorowsky’s El Topo were released on blu-ray earlier this year. Here’s the original US trailer.