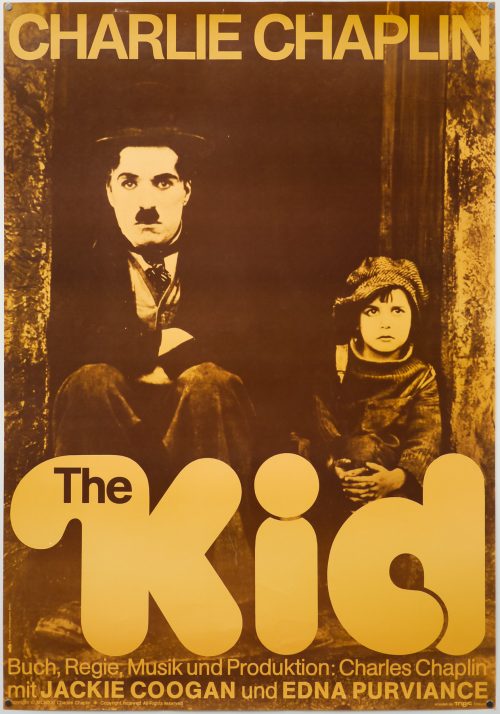 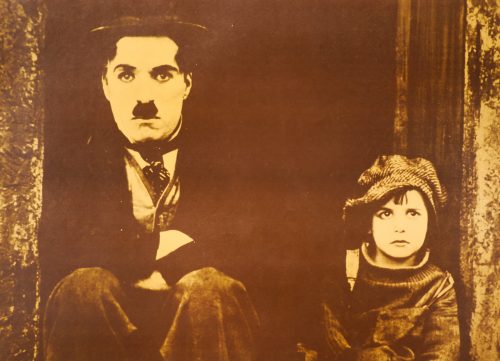 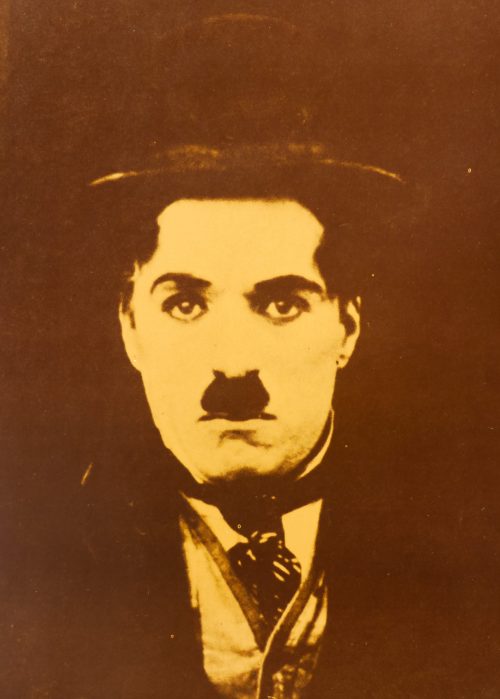 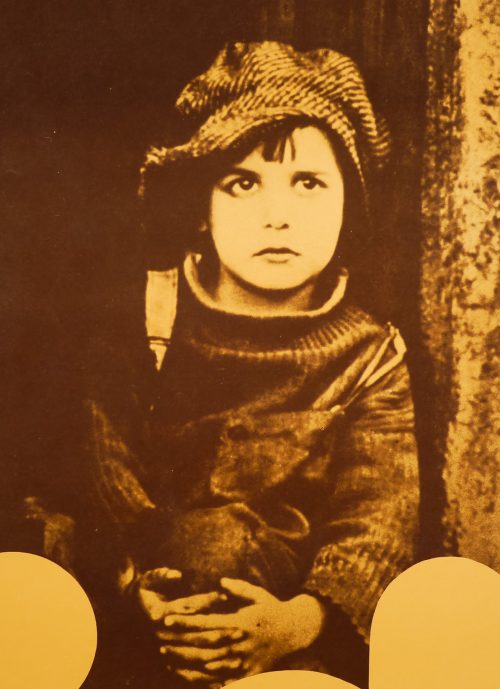 This is a German poster for a 1960s re-release of the great Charlie Chaplin‘s first full-length film as a director, The Kid. Written, produced, directed and starring the man himself, it was made during a period of difficulty for Chaplin who had apparently been suffering creative block for a number of months and was also going through a divorce from his first wife Mildred Harris, who had been a 16-year-old when Chaplin had met her. The pair were married a short while afterwards because Mildred apparently fell pregnant and Chaplin wanted to avoid any more scandal. The pregnancy then turned out to be a false alarm. Eventually Mildred did become pregnant and carried the child to full term, but sadly it was born malformed and died three days later. The marriage had been a rocky one throughout with Chaplin supposedly feeling that she ‘stunted his creativity’ and the child’s death was the final straw.

The whole situation clearly had an effect on Chaplin and influenced the writing of The Kid as a result. The film sees Chaplin’s character The Tramp find and adopt a baby after it is abandoned by its unwed mother (Edna Purviance) and winds up in alley near The Tramp’s bedsit. Cut to five years later and the child (played by Jackie Coogan, later best known as Uncle Fester in the Addams Family TV show) is in partnership with The Tramp in a venture in which the kid smashes house windows, runs away and then The Tramp conveniently appears with a pane of glass to carry out the repair. Eventually the authorities discover that the kid is not The Tramp’s own and try to take him away, which triggers a series of events that will change both of their lives forever. The Kid is one of Chaplin’s funniest and most heartfelt films and hasn’t lost any of its charms almost a century later. Chaplin edited the film in length in 1971, removing some scenes with the mother and also added a brilliant new score. This is the only version that’s readily available on home video today.

I’ve struggled to determine what year this poster is from and the only date on here is for the original 1921 copyright (in roman numerals). If anyone has any ideas please get in touch. I believe the design can be credited to a design studio in Berlin called G. Kratzsch, which may be the name of an individual. Again, if anyone knows any more details please get in touch.