The Return of the Living Dead / quad / UK 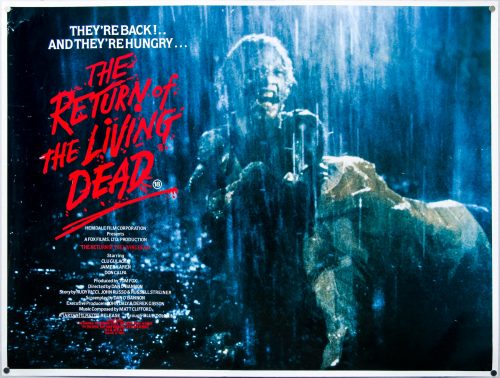 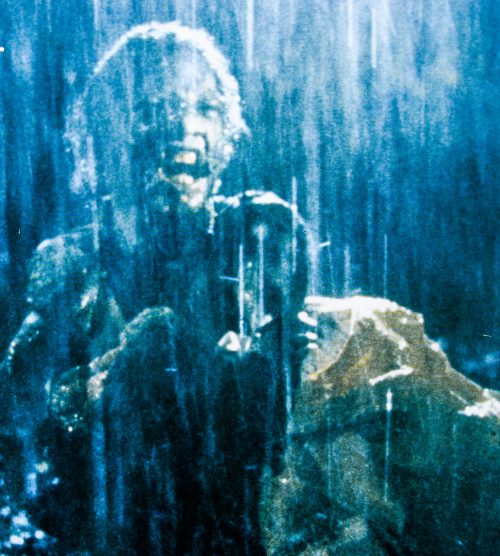 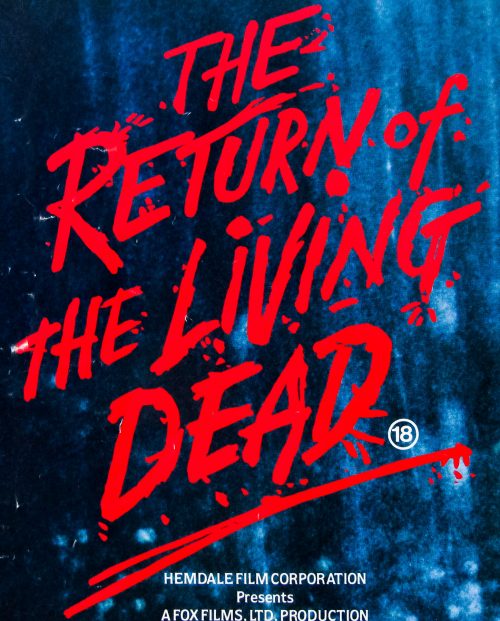 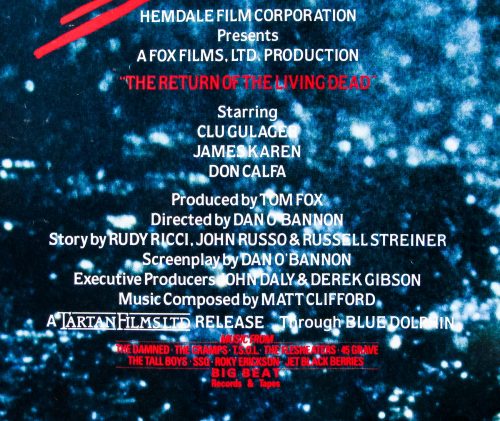 An extremely low-fi poster for the UK release of the excellent 1985 horror comedy The Return of the Living Dead. The image is of Jerome ‘Daniels’ Coleman who plays the rather terrifying legless zombie who chomps on a paramedic before chasing Don Calfa. A clip of him in action is on YouTube.

Apparently Coleman was an amputee who could run on his stumps and was discovered by one of the film’s producers living on the streets of L.A. The effect is extremely effective, particularly when coupled with his blood-curdling screams. It’s one of the few truly creepy moments in the whole film, in my opinion.

The US one sheet is markedly different and can be seen here.