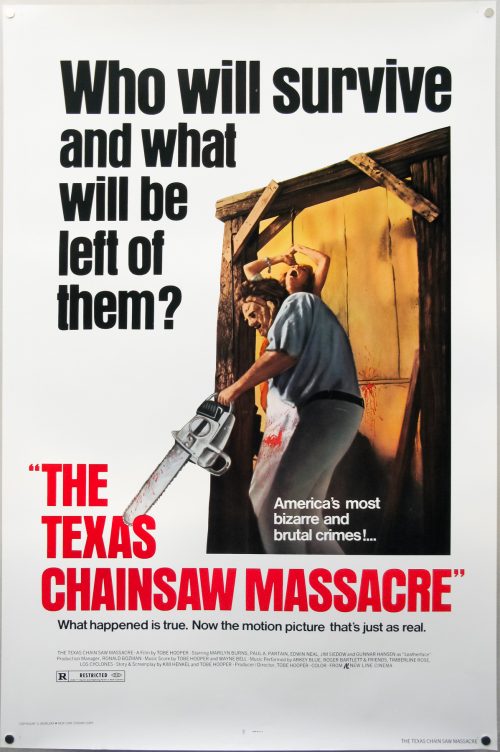 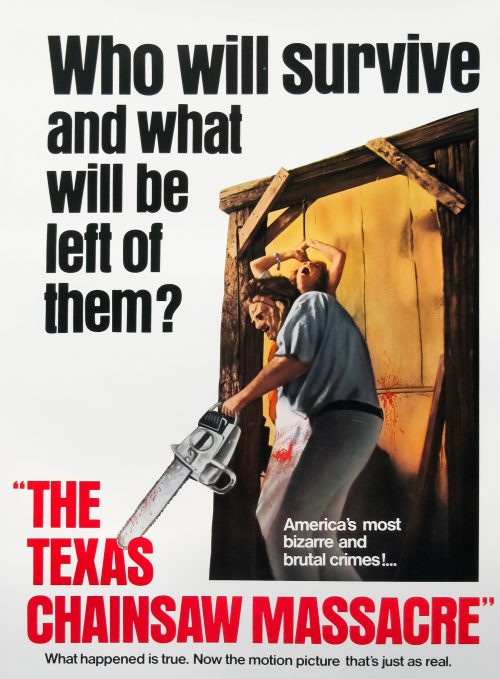 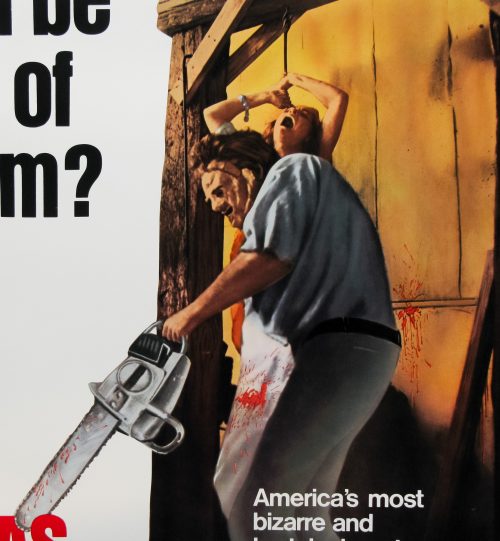 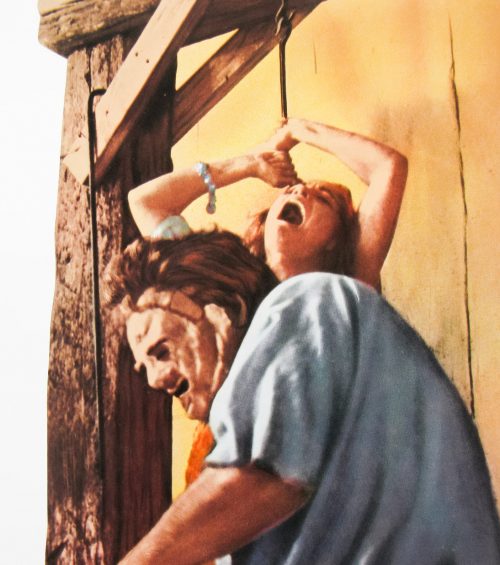 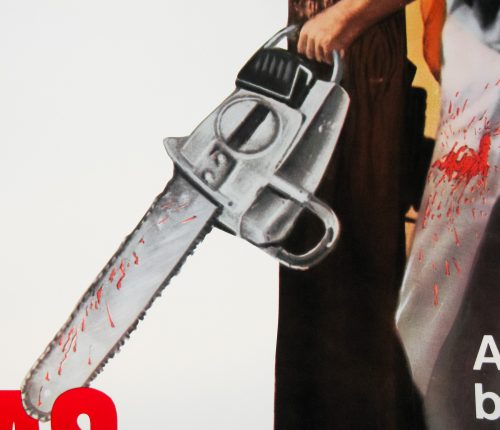 Tagline
Who will survive and what will be left of them? | America's most bizarre and brutal crimes!... | What happened is true. Now the motion picture that's just as real.

One of the best horror films of all time has a poster featuring one of the best taglines of all time. 37 years on, the film has lost none of its raw, brutal power and the US one sheet must have left cinema-goers in no doubt as to the movie they were about to watch. It’s interesting that the decision was made to reveal the (subsequently) iconic Leatherface on the poster and not leave his introduction to the film itself.

This version of the poster was for the 1980 re-release of the film by New Line Cinema. They obtained the rights from the (then) bankrupt Bryanston Distributing Company who originally released the film in 1974. The first release poster is practically identical to this one with the only notable difference being the copyright notice in the bottom left and the lack of an NSS number and blurb on the re-release.

Some more information on the Bryanston/New Line change from IMDB:

“The film’s original distributor was Bryanston Distribution Company, in fact a Mafia front operated by Louis “Butchie” Peraino, who used the movie to launder profits he made from Deep Throat (1972). In return, the production received only enough money to reimburse the investors and pay the cast and crew $405 a piece. The producers eventually discovered that Peraino had lied to them about the film’s profits; after Peraino was arrested on obscenity charges when his role in Deep Throat was revealed, the cast and crew filed a suit against him and were awarded $25,000 each. New Line Cinema, which obtained the rights to “Chain Saw” from the bankrupt Bryanston, paid the cast and crew as part of the purchase agreement.”

The original trailer can be watched here.