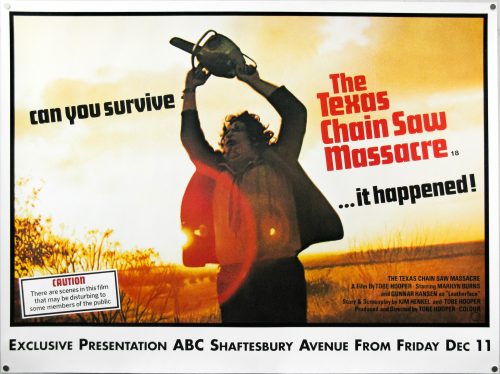 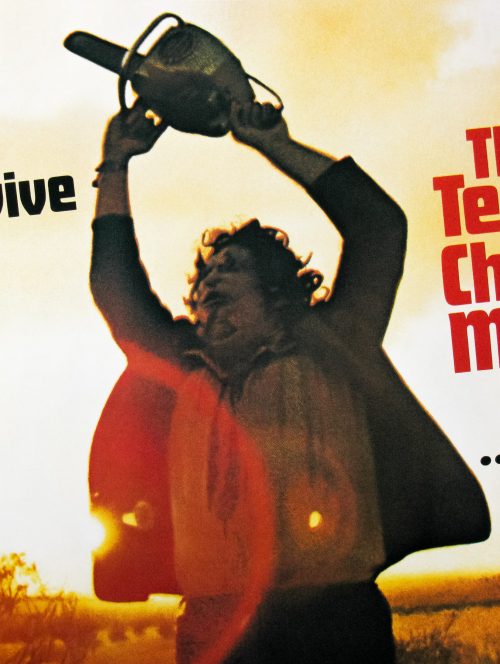 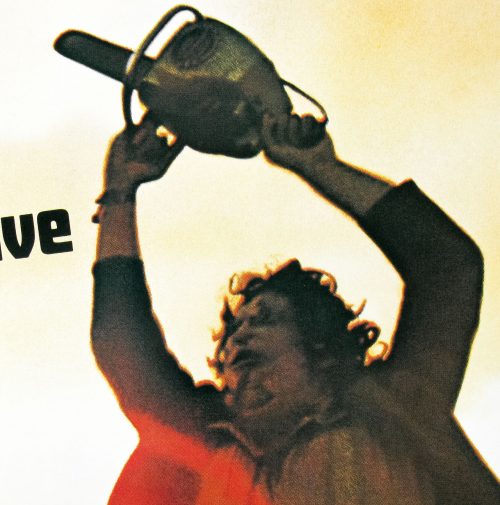 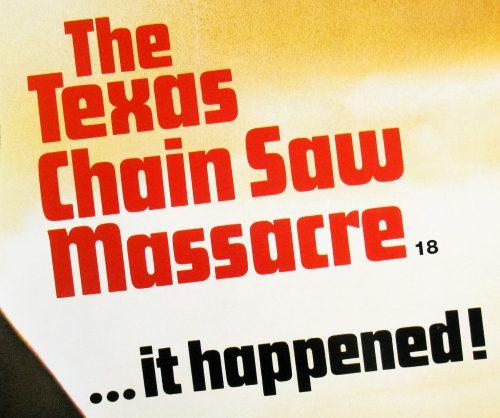 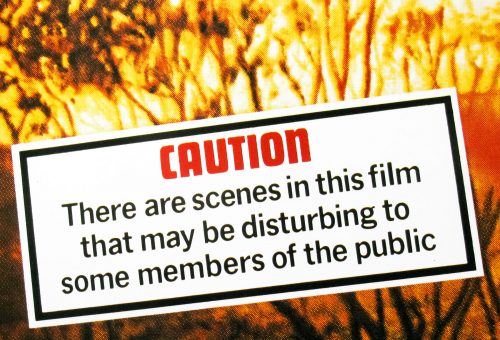 If I had to choose my top 10 horror films of all time there’s no question that Tobe Hooper‘s 1974 classic would be very close to the top of the list. Decades after it was filmed it has lost none of its raw power, despite the countless imitations made since, and its impact on the horror genre cannot be underestimated.

To my mind there are few scenes in horror as brutal and shocking as the moment involving Leatherface and the sliding door. The film features little in the way of the kind of gore that modern horrors seem to rely on, yet is no less disturbing for it. The 1986 sequel famously upped the gore and violence significantly.

This is the British quad for a 1998 re-release of the film at the ABC Shaftesbury avenue cinema in London. Despite the BBFC declining to issue the film a certificate back in 1975, which effectively meant the film was banned from release, the Greater London Council decided to allow cinemas to screen a pre-cut ‘X’ version of the film. A few other councils around the UK also ignored the ban but many upheld it. An uncut VHS was apparently released on the Wizard label in 1981.

In 1998 the London Borough of Camden passed the film uncut with an 18 certificate and began showing the film in cinemas. Shaftesbury avenue is just inside the Borough boundary so the ABC was well placed to screen the film to central London audiences. The fact that this poster has a December date on there indicates it’s from 1998 and not 1999 when the film was finally passed uncut by the BBFC and given a wider release.

The censorship website Melon Farmers features a great write up of the situation.

The ABC is now an Odeon cinema and it has changed owners several times in its history. Check out this fantastic set on Flickr, which contains photos of the cinema over the years . The same Flickr user has uploaded a veritable gold mine of British cinema photos – see here.

This poster is practically identical to the original 1975 quad (aside from the certificate) and I’m pretty sure they simply scanned the original to create this one. This re-release poster often appears with the cinema snipe at the bottom having been removed.