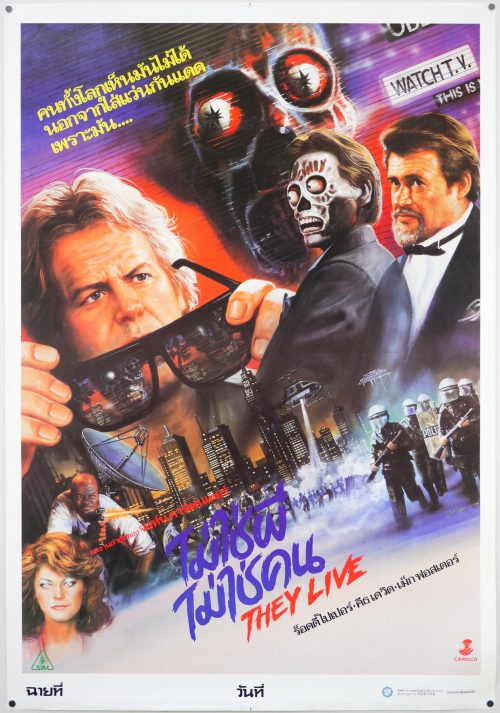 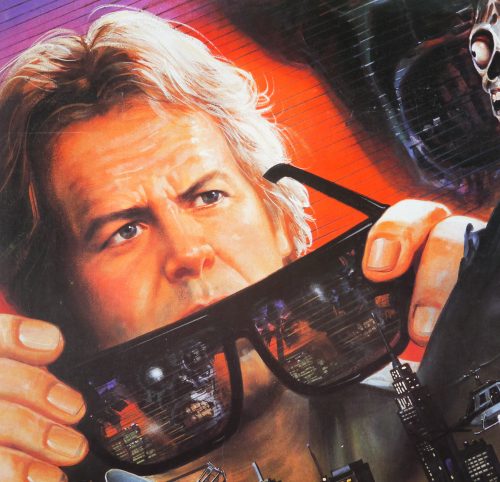 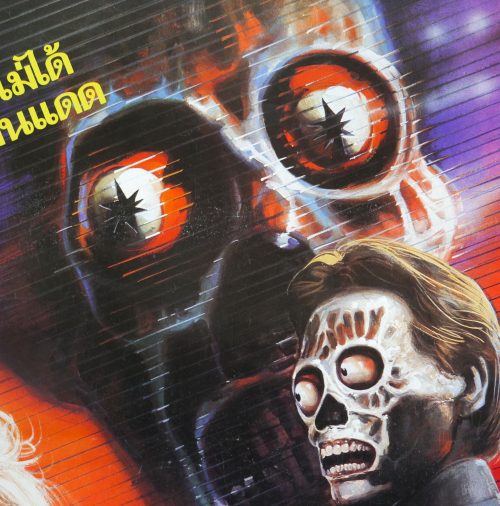 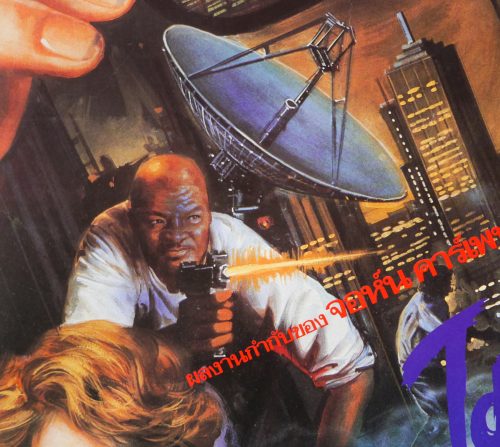 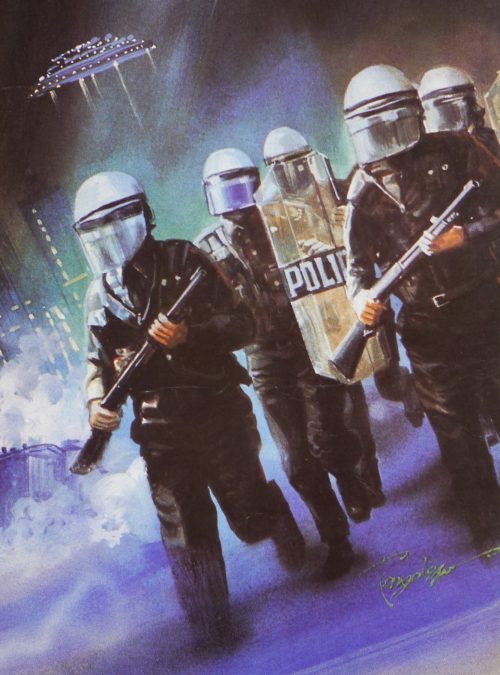 Unique artwork by Tongdee on this Thai poster for John Carpenter‘s excellent sci-fi film They Live, in which a drifter (played by former wrestler Roddy Piper) finds a set of special sunglasses which reveal that aliens have taken over the earth and are subduing the general population through subliminal messages and signals. The film is famous for being the inspiration behind graphic designer Shephard Fairey‘s famous OBEY street art and clothing label, which is based on the hidden alien slogans only visible when the sunglasses are worn.

The film also features the infamous line “I have come here to chew bubblegum and kick ass…and I’m all out of bubblegum.”, which can be viewed here. There’s also the legendary fight between Nada (Piper) and Armitage (Keith David) that lasts over five minutes and was apparently proposed and choreographed by the two actors themselves.