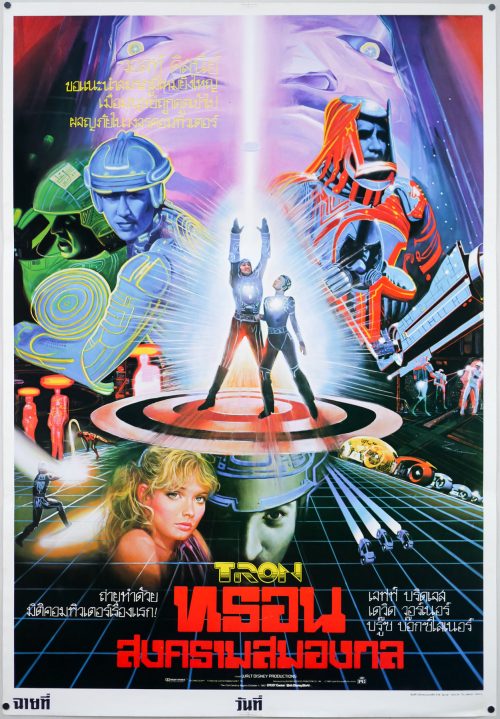 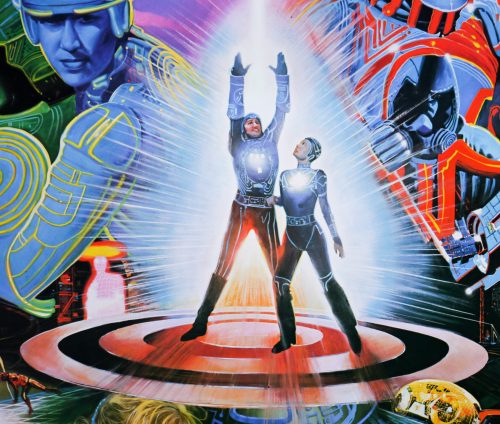 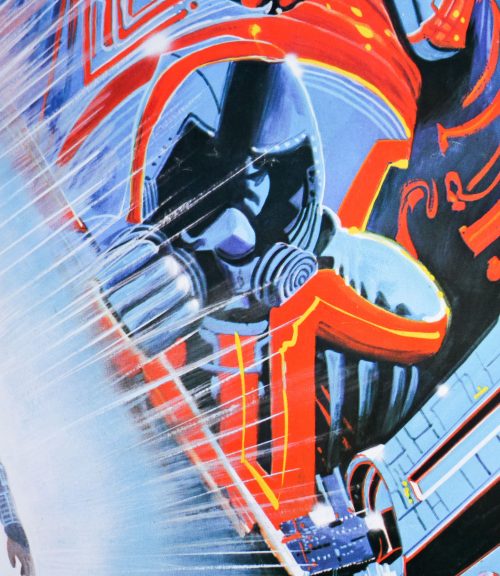 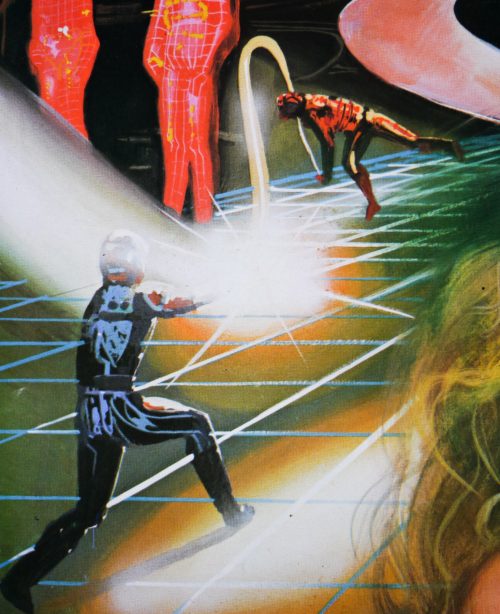 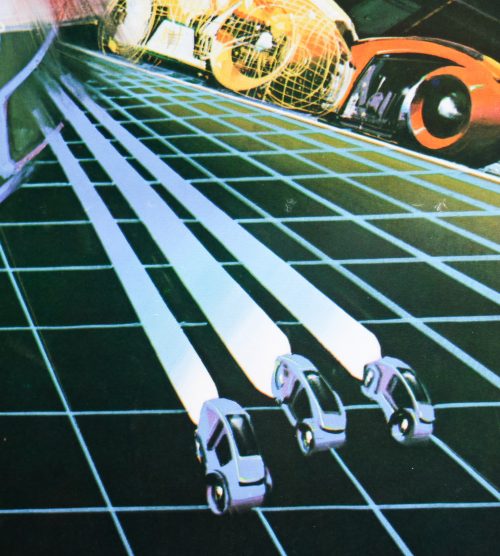 A unique and colourful montage by artist Tongdee features on this Thai poster for the release of Disney’s groundbreaking sci-fi film, Tron. Another title that was released in the incredible summer of 1982, which included Blade Runner, E.T. the Extra Terrestrial and The Thing, the film follows the adventures of hacker Kevin Flynn (Jeff Bridges) who finds himself broken down into data and absorbed into a 3D computer world of his own making. There he must join forces with his lover Yori and the titular Tron to battle the malevolent Master Control Program and liberate the system from its dictatorial grip, which is the only way Flynn can return to the real world.

The film features seminal use of computer graphics to depict the world inside the mainframe and, although the visuals date the film somewhat when viewed today, back in 1982 they wowed audiences worldwide and were instrumental in CGI’s rise to prominence in the years that followed.