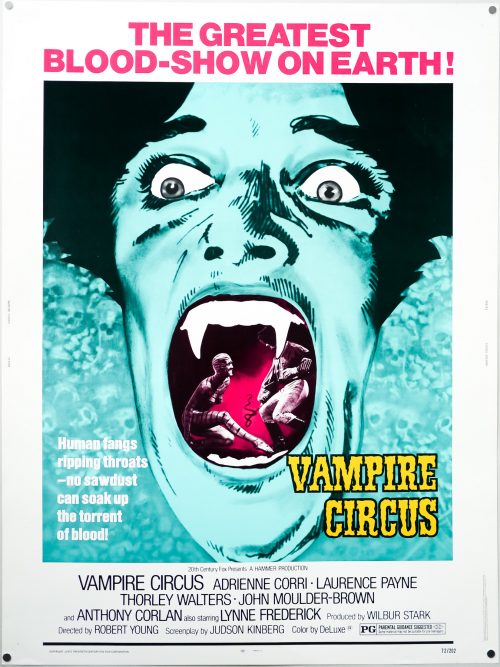 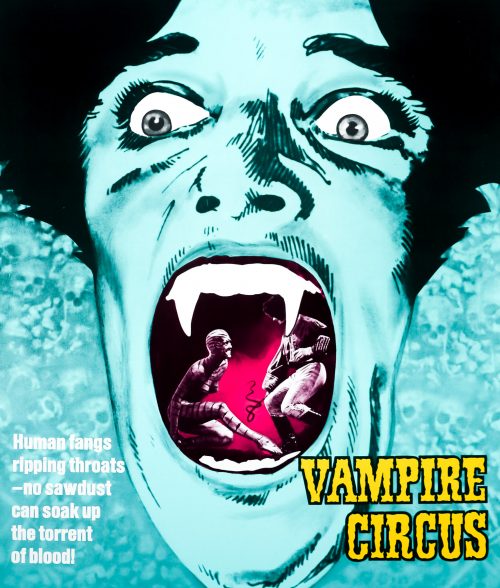 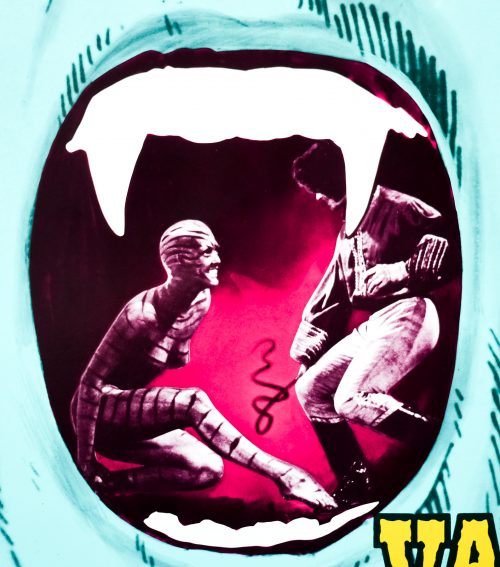 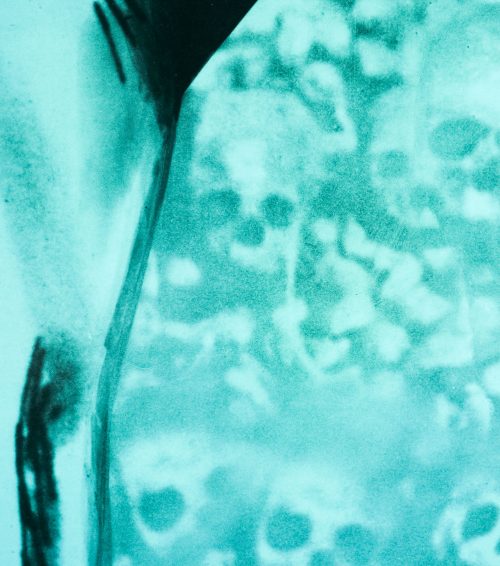 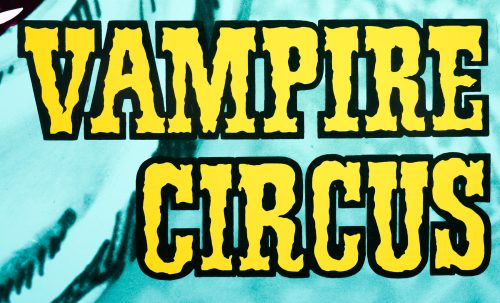 Tagline
The greatest blood-show on earth! | Human fangs ripping throats... no sawdust can soak up the torrent of blood!

The taglines on this US 30×40 left cinema-goers in no doubt as to the kind of film they were in for with Hammer Films‘ 1972 horror Vampire Circus. Released at a time when the popularity of British gothic horror tales was on the wane, particularly when compared against the more explicit, contemporary horrors coming out of Hollywood (Rosemary’s Baby and later The Exorcist), the film nevertheless managed to stand out from a glut of other films produced by the studio around the same time. A decent script, typically excellent production design and a raft of quality British thespians all help to make Vampire Circus one of the more memorable films to be produced by the House of Horror before its first demise picked up pace a couple of years later

Set in a small village in the studio’s customary ‘mittel-Europe’ sometime in the 19th century, a lengthy pre-credits sequence shows a young girl being led into the castle of vampire Count Mitterhaus by Anna (Domini Blythe), the wife of local schoolmaster Albert Müller (Laurence Payne). Soon after the girl is murdered by the vampire, a group of villagers led by Müller storm the castle, stake the Count and burn the castle to the ground. Anna manages to drag the dying vampire to the crypt beneath the castle and before he perishes he curses the villagers and promises that their children will die to give him back his life. Fast-forward fifteen years, the village is beset by a plague and blockaded by the authorities with the miserable villagers fearing that this is the Count’s doing.

One day the eponymous travelling troupe arrives, having apparently snuck past the blockades, led by a mysterious gypsy woman (Adrienne Corri) and containing a ragtag bunch of performers, including a mischievous clown dwarf, a set of flying twins, an erotic tiger dancer (as depicted on this poster) and Emil, a shape-shifting artiste. At first the villagers are happy to be entertained by the circus as it gives them a reprieve from their misery, but it soon becomes clear that the gang have an ulterior motive for being there. Before long the Count’s dying promise is being kept by Emil, who it turns out is a ‘kinsman’ of Mitterhaus, and the leaders of the village must battle to try to stop the murder of their children and the resurrection of the cursed Count. It’s a well-paced film and certainly a stand-out feature in Hammer’s output of the early 1970s, only let down by some dodgy special effects, which can be explained by a curtailed production period and the dwindling budgets of the time.

I’m unsure who is responsible for the artwork on this American poster, which depicts Emil in all his fang-baring glory, so if you have any ideas please get in touch.