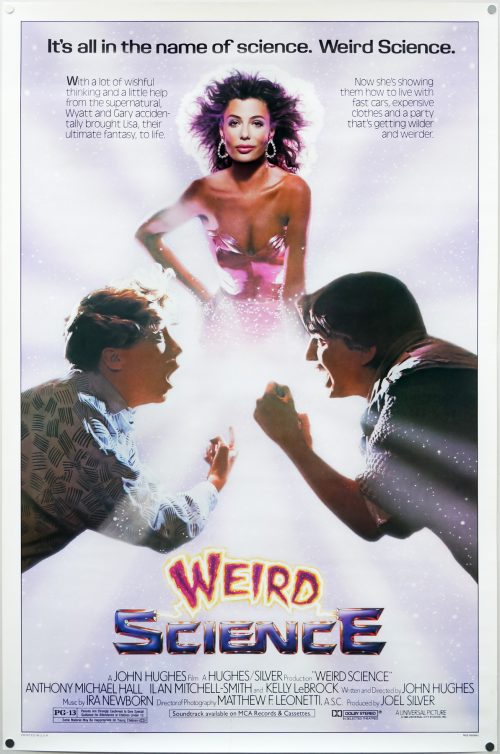 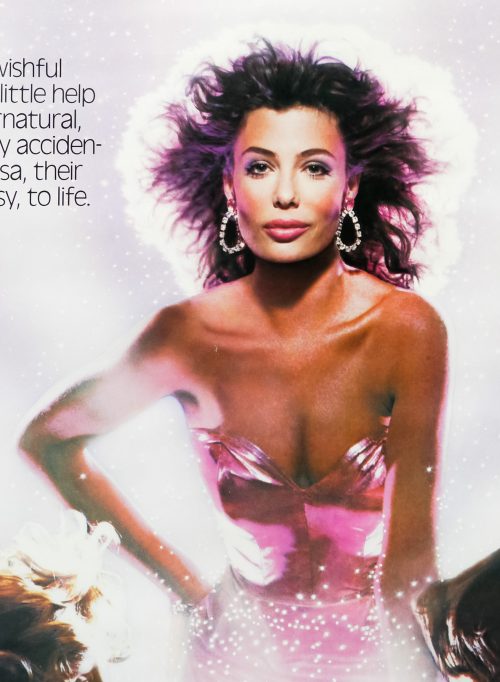 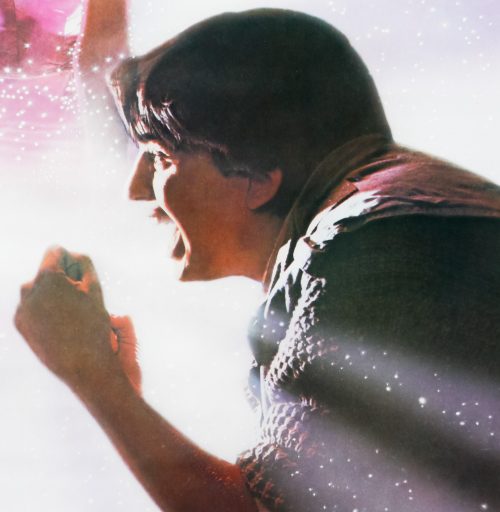 Tagline
It's all in the name of science. Weird Science.

This is the American one sheet for Weird Science, the bonkers 1980s comedy from the late, great director John Hughes. Producer Joel Silver bought the rights to a 1950s EC Comics magazine of the same name and Hughes wrote the screenplay himself. Anthony Michael Hall, a regular colaborator with the director (he appeared in Breakfast Club the same year as Weird Science) stars alongside Ilan Mitchell-Smith as Gary and Wyatt, a pair of high-school nerds who are struggling to be accepted by their peers.

One evening the pair decide to try and create their perfect woman, inspired by a viewing of the classic Frankenstein film and using their computer coding skills. Following a series of improbable incidents, including a lightning strike and the pair’s successful hacking into a government mainframe computer (classic 80s nonsense), the gorgeous Lisa (an unforgettable appearance by Kelly LeBrock) steps out of their bathroom and asks “So, what would you little maniacs like to do first?” The rest of the film sees Lisa using various supernatural skills, including memory manipulation and reality warping to help the boys lose their inhibitions and gain the friendship of their school peers. The film features several madcap sequences, including the moment a bunch of psychotic bikers led by Vernon Wells (of Mad Max 2 fame) crash a house party, and Bill Paxton appears in a memorable turn as Wyatt’s brother Chet.

This one sheet was art directed by the American designer and artist Tom Jung who is perhaps most famous for his work on the posters for Star Wars and The Empire Strikes Back but has been working on film advertising for over 50 years, as well as storyboarding for a number of films. The artwork (Lisa’s body appears to have been painted, and the title too) was apparently done by an artist and designer called Duane Meltzer who worked at Universal Studios at the time of the film’s release. According to the about page on his official website he also worked as a creative at Twentieth Century Fox studios before forming POV Entertainment Design in 1988. He has continued to work on key art for films, as well as home entertainment packaging and more since then.