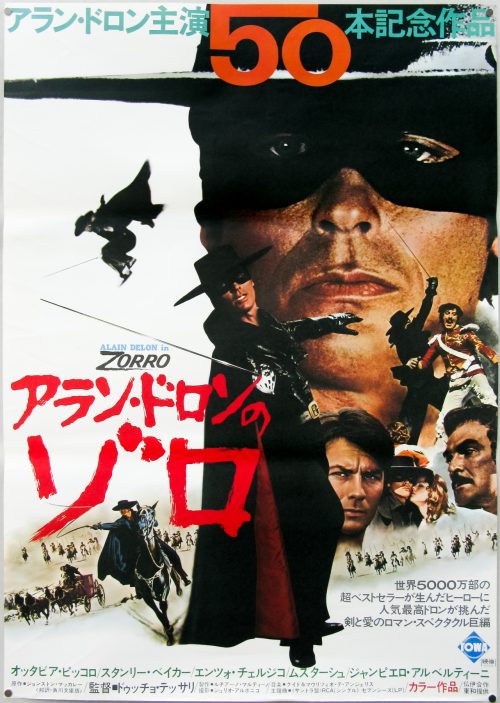 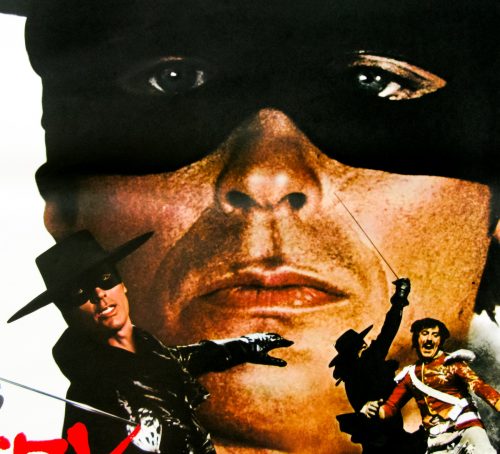 French acting legend Alain Delon stars in this 1975 film featuring the character of Zorro, originally created by American pulp writer Johnston McCulley in 1919. Zorro has appeared in countless films, TV shows, radio plays, comics and more, and is an enduring favourite across the globe.

This particular film was directed by Italian Duccio Tessari, perhaps most famous as the screenwriter for  ‘A Fistful of Dollars’, which lead to this version being dubbed ‘The Spaghetti Zorro’. Apparently the film was heavily edited for its release outside of France and had around half an hour cut from it, including several explanatory scenes. The uncut DVD is available through Amazon.fr and features English subtitles.

This Japanese poster was for the film’s first release there in 1975. A friend helped me to translate the main text on the poster. At the top it reads:

The other section is:

Delon was, and still is, a hugely popular actor in Japan.

The bizarrely catchy theme tune from the film can be viewed here. 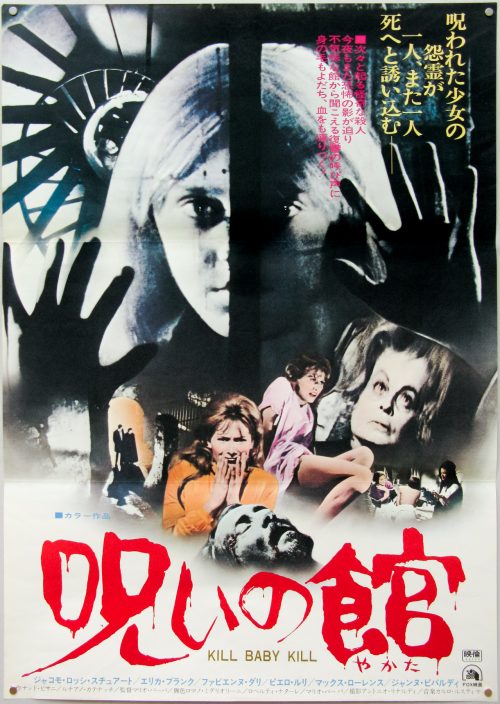 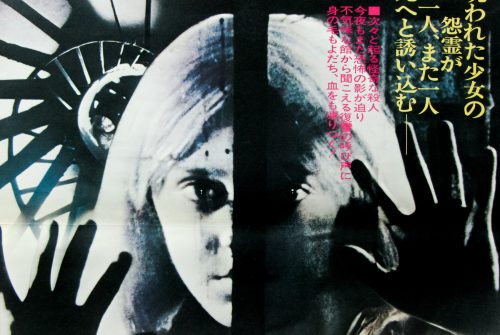