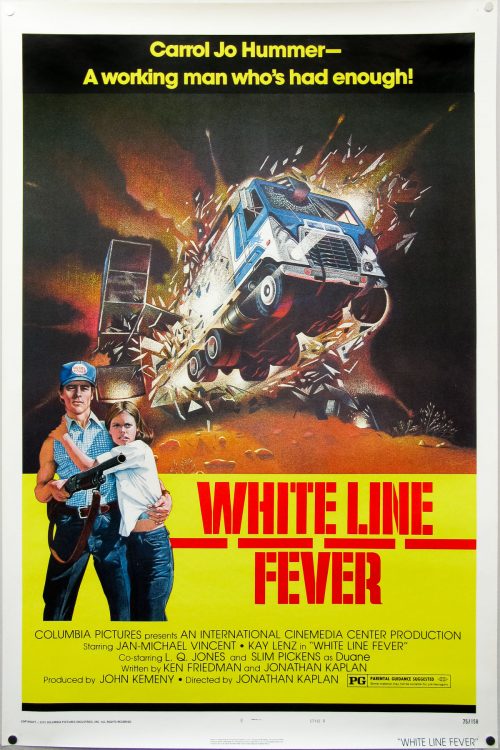 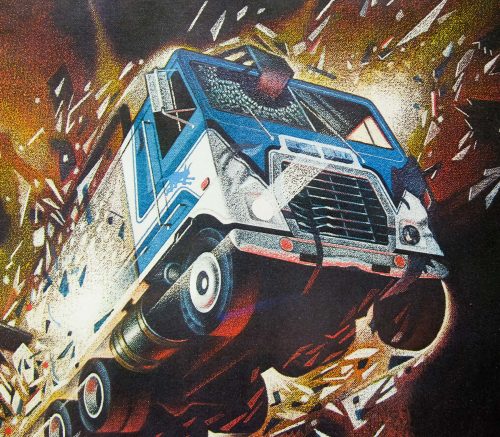 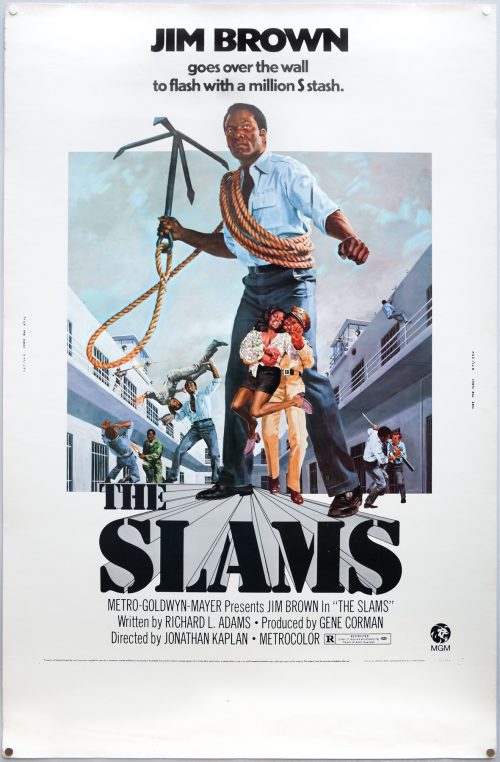 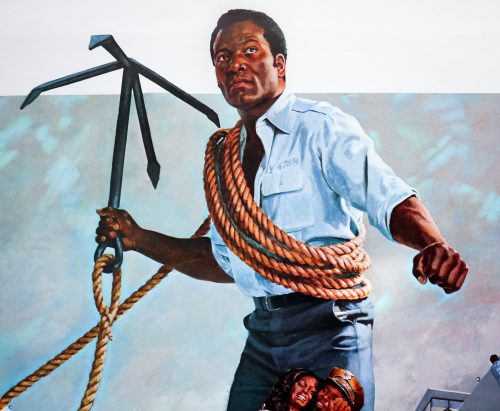 Great art by John Solie features on this over-sized one sheet for the little-seen blaxploitation actioner The Slams, released in 1973. The film was produced by the brother of infamous b-movie legend Roger Corman, Gene Corman, who was behind a few other blaxploitation features like Hit Man and Darktown Strutters. Corman hired Jonathan Kaplan to direct after he’d worked with his sister-in-law on a couple of exploitation features, and genre-regular and ex-NFL player Jim Brown took the lead role.

Brown plays Curtis Hook, a heist-man who is caught soon after completing a successful robbery that netted him $1.5m (once he’d killed his partners) and is sent to jail. Once there he is assailed by several interested parties, including the corrupt head of the prison guards Captain Stambell (Roland Bob Harris), who all want to know where he stashed the loot. Hook discovers that the locations he left the cash are due to be demolished so he hatches a plan to escape from prison and collect the loot before it’s lost forever.

The artwork on this poster is by the American artist John Solie who has been working as an illustrator for over 40 years. Film posters are just one aspect of his output, which also includes book and magazine covers, sculptures, portraits and work for NASA. He continues to paint today in Tucson, Arizona. Another gallery of his work can be viewed on Wrong Side of the Art.

I’m unsure why this poster is so over-sized as it’s definitely not a cardstock 30×40″ poster but has all the hallmarks of one, including the text down the side with the NSS information. It’s on standard thin paper and measures 45″ in the vertical so it’s a bit of a mystery. Note that the NSS info has an ‘R’ in front of it, which would typically indicate a re-release poster, but since the film was released in 1973, it’s likely that this was actually meant to indicate that the poster was revised in some way (as noted on this emovieposter.com auction page for a 30×40 of the film). 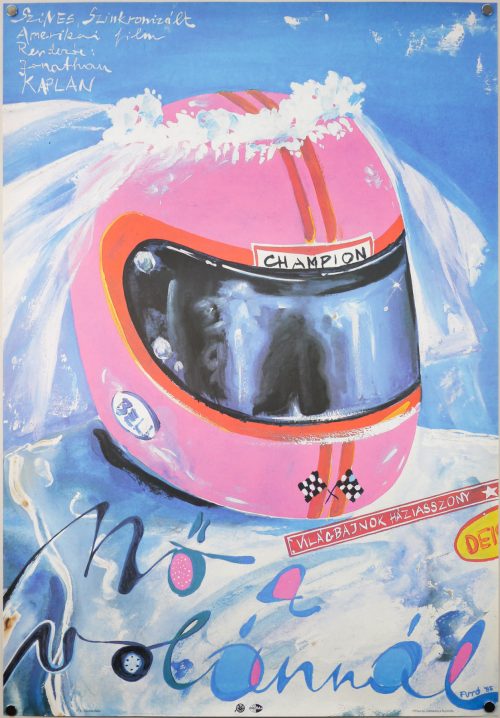 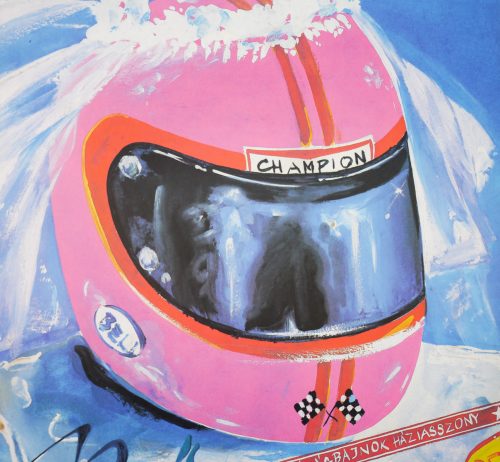